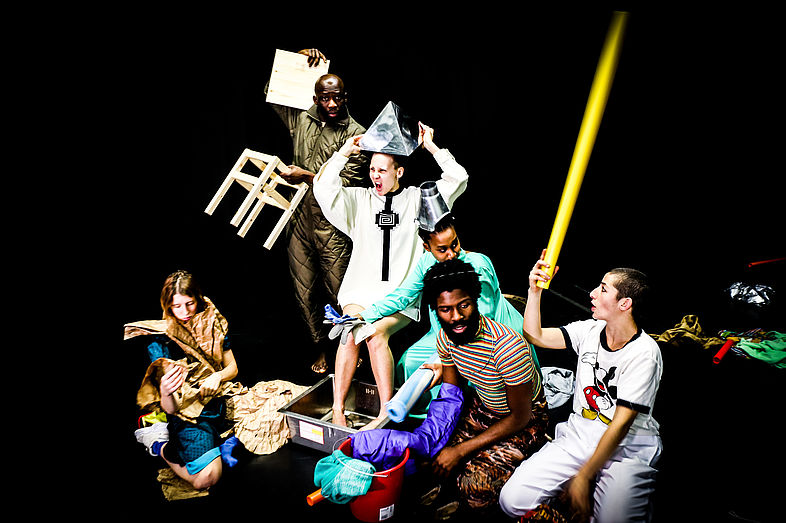 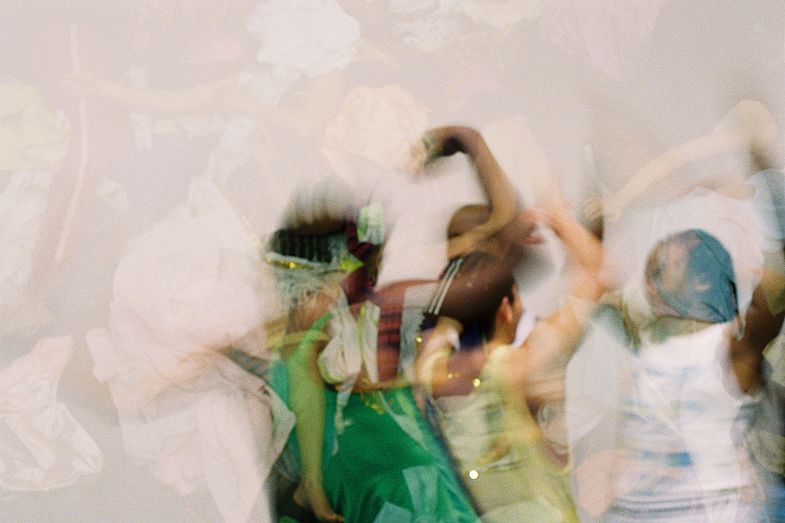 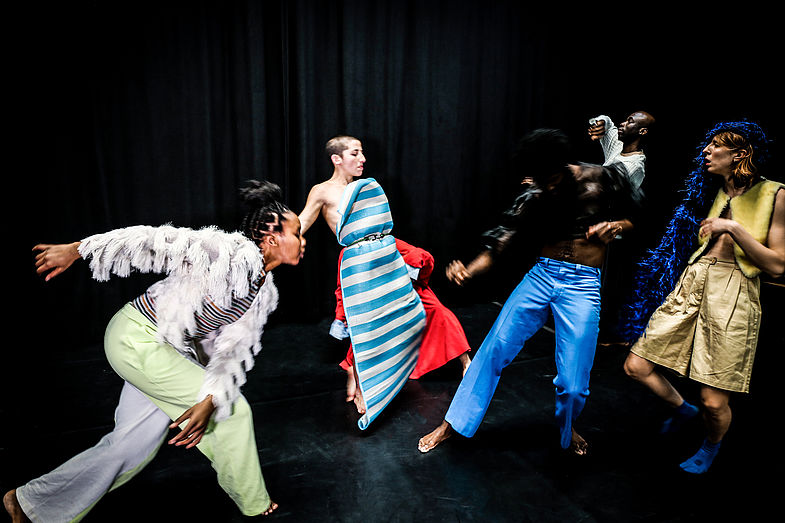 In “safe&sound”, the new creation of Berlin based choreographer Lee Méir, six performers constitute an environment that continuously falls into and out of rhythm. Merging dance, gesture, voice, and objects, the performers immerse themselves in a percussive play of resisting and giving in to the pull of harmony, the wish to sync, and the temptation of ‘being in the groove’. Imagined cultures, estranged hymns, and echos of familiar worlds appear and dissolve. The theater gives place to a world that asks not to be explained or represented, but only revealed through space, time and energy.

Méir continues to explore her research on the emergence and transformation of meaning through forms of repetition and modulation, the coexistence of chaos and order, the dialectics of randomness and control.

In previous works she used spoken language and its deconstruction, whereas in ‘safe&sound’ she departs from the idea of rhythm, which she perceives as more immediate to humans than language. Through an exploration of rhythm elements as loops, polyrhythm, linear and cyclical time, the choreography gives form to questions of belonging, freedom, and collective decision making, asserting rhythm as a social and political tool.

“safe&sound” was originally planned as a dance premiere on the stage of HAU3 in May 2021. Due to the current situation, it is not possible for HAU and the artist to present this work live. Instead, the artist collaborated with film maker Noam Gorbat, who documented the stage piece “safe&sound”, as well as with film maker Dalia Castel for “working on ’safe&sound’’– a film documenting the process of work on the stage piece. Both these films are available on HAU4.

After this date available at the HAUthek until 5.7.