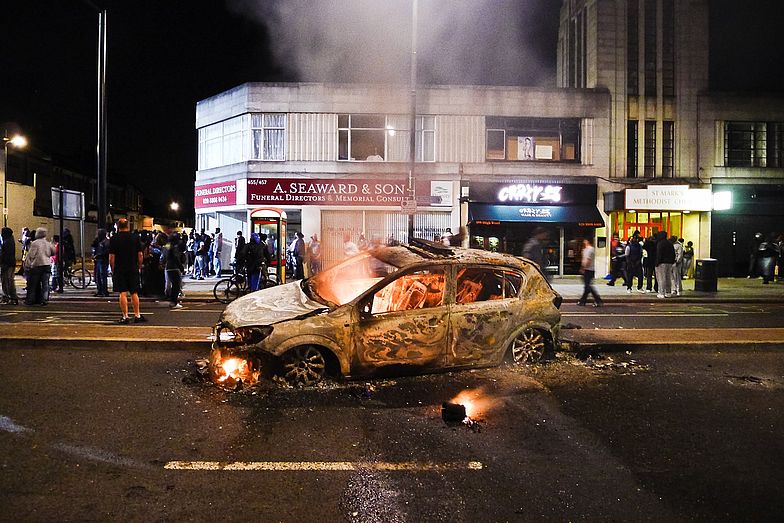 The term “classes dangereuses”, coined by the Paris police chief in 1840, designates a danger consisting in the fact that some of those living in poverty stay mobile to elude state control. This social figure is today being reactivated in the media and political discourse and, in the context of the new austerity politics, is being stigmatized everywhere as parasitic in practices of demonizing the “underclass”. As part of the congress organized by the Rosa Luxemburg Foundation on the occasion of the 200th birthday of Karl Marx, it is the focus of the panel “Dangerous Classes – Subjectivities between Revolts and Revolution“. Participants in the discussion about the past and the present of the “dangerous classes” will include the artist Jasmina Metwaly, who deals with new workers’ struggles in Egypt, Rhian E. Jones, author of “Pop-Cultural Wars on Class and Gender”, Patrick Eiden-Offe, author of "Die Poesie der Klasse: Romantischer Antikapitalismus und die Erfindung des Proletariats”, and the Tunisian activist Samar Tlili.

Following the discussion the Kammerflimmer Kollektief will perform its improvised noise music.

Patrick Eiden-Offe (Germany) is a writer and researcher, specialized in social history of literature and culture. He works in a center for literary and cultural studies in Berlin. Last year he published the book “Die Poesie der Klasse. Romantischer Antikapitalismus und die Erfindung des Proletariats” (The Poesy of Class. Romantic Anti-Capitalism and the Invention of the Proletariat), which focuses on the development of the proletariat as an object of social critique, ideological discourse, and revolutionary theories of change during the time of the so-called Vormärz. During this time, the proletariat developed as a collective of impoverished craftsmen, urban rabble, rural vagabonds, broke aristocrats, and intellectuals who lived a free but precarious life. Patrick emphasizes the importance of literary discourse for the figuration of this proletariat, which was more a “motley crew” of “dangerous classes” than the uniform and organized class that it would later become with the development of the modern labor movement.

Rhian E. Jones (Wales, Britain) is a freelance writer and researcher. She grew up in Wales and now lives in London. She writes on history, politics and popular culture, and is particularly interested in how these things interact. Her first book, “Clampdown: Pop-Cultural Wars on Class and Gender”, published in 2013, critiqued the interaction of politics and pop culture in 1990s and 2000s Britain. In 2015 she published a historical research about militant and dangerous class struggles in Wales in the 19th century: “Petticoat Heroes. Gender, Culture and Popular Protest in the Rebecca Riots”. She has published other books on radical history and music criticism. Her latest project, published last year, is “Under My Thumb: Songs That Hate Women and the Women Who Love Them”, a collection of writings by women on the experience of being a music fan. She also co-edit the website New Socialist, which focuses on discussion and analysis within the UK Labour Party and the broader left. More writings of her can be found on her blog “Velvet Coalmine”.

Samar Tlili (Tunisia) works as a teacher for French at Highschool and is right now involved in a countrywide teacher strike against the privatization of schools, the raising of the retirement age, for better wages and other demands. The strike is at the heart of resistance to the new austerity program adopted by the government in January to meet IMF requirements. She is active in the campaign “Manich Msamah” (“I do not forgive”) which was launched in 2014 to oppose the reconciliation bill that granted amnesty to bureaucrats who had profited from corruption under Ben Ali. Starting as a social media hashtag, Manich Msamah gathers activists from a broad range of backgrounds, such as student unions, leftist parties, and newly politicized members of civil society. Especially women are very active in this new movement, which became a crystallization point of social struggles. Tlili has written and talked about this movement.

Jasmina Metwaly (Egypt, Poland, Berlin) is an activist, artist and filmmaker. She is a member of the non-profit media collective “Mosireen”. From 2011-2014 this collective held a space in downtown Cairo that was a revolutionary activist hub dedicated to supporting and producing citizen media of all kinds – including publishing videos, providing training, technical support, campaign support, equipment, screenings and events, alongside hosting an extensive archive of footage from the revolution. At its height Mosireen’s YouTube channel was the most watched non-profit channel in the world. Campaigns and initiatives Mosireen supported include No To Military Trials for Civilians, Kazeboon, Operation Anti-Sexual Harassment, Freedom for the Brave, and Tahrir Cinema, amongst others. Alongside their personal work, the preparation of 858.ma, a major video archive of material from the revolution, for public use is the current focus of the collective’s work and was launched in January 2018. In spring this year Jasmina showed her works in Berlin in an exhibition by Savvy Contemporary under the title “We are not Worried in the Least”. It deals with the state of paranoia and boredom that was created by the military repression of the revolutionary movement in Egypt.

A cooperation of HAU Hebbel am Ufer and Rosa-Luxemburg-Stiftung.