A Tribute to Mata Hari: The Feminist The World Wasn't Ready For 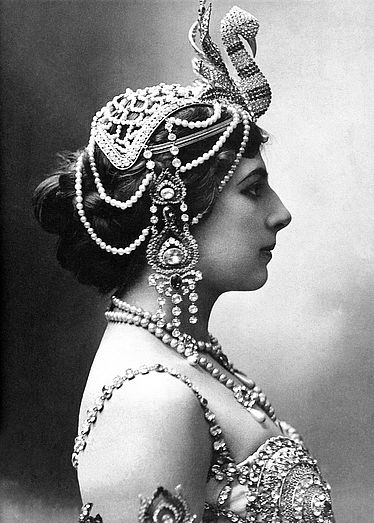 France, Vincennes. Outside in a field in front of a hill. On a gloomy and bitter cold morning in 1917. Unbound and without a blindfold a woman stands in front of this hill in an elegant black dress. The woman is calm and serene. A few seconds later she is executed by just one strike – twelve shots were aimed at her. Silently and slowly she sinks to her knees and falls down forward. The suspected double agent with the alias H21 is the middle-class Dutch mother of two children, Margaretha Geertruida Zelle. Margareta Geertruida Zelle, Marguerite Campbell, Lady Gretha MacLeod and finally Mata Hari. Who lived out Alexandra Kollontai’s glass of water theory to the fullest if not she? According to this theory, sex should be as natural as drinking a glass of water. Pleasure Politics. As a courtesan and professional exotic dancer Zelle’s chosen strategy of representation was seduction and playing with her audience’s colonial fantasies. Her stay in Java provided her with the material for this. Less sober and somewhat more ominous than her literary contemporary Kollontai, Zelle, performing as “Mata Hari”, or the “Eye of the Day” (or the sun), skilfully played with the power of the gaze and of projection to fulfil the longing for independence burning deep inside her.

A hundred years ago, revising your own biography or reinventing yourself over and over again was not quite as simple as drinking a glass of water. Nonetheless, despite having no training as a dancer, Mata Hari managed to become a star on Europe’s most glamourous stages. She celebrated Salomé as her ancestor, inspired the academic expressionist dancer Mary Wigman and at the age of 36 got an audition at Sergei Diaghilev’s elite troupe, the legendary “Ballets Russes.” The Mata Hari phenomena has retained its mythological power generations after her death. Today there are dozens of photos in the internet, plus innumerable variations on M.G. Zelle’s self-invented biography.

The soundtrack to the film “How Mata Hari Lost Her Head and Found Her Body” serves as the aesthetics starting point for record collector, text worker, and DJ Ultraviolett. For her homage to Mata Hari Ultraviolett uses Karen Barad’s philosophical methodological framework of “agential realism” to enter a world in which time, matter, origin and effect intertwine and overlap. Projection, reflection, diffraction: “M.G. Zelle’s translocal entanglements diffracted through blacklight”. Musical pieces from all time periods collide with traces of sound, interact and combine without ever becoming singular. Not one but many. Ancestors, contemporaries, heirs and new role models all become voices in a new way to read Mata Hari’s spectacular complexities.

There are two marked parking spots in front of the building. (in Großbeerenstraße). Ground floor access. Barrier-free restroom facilities are available