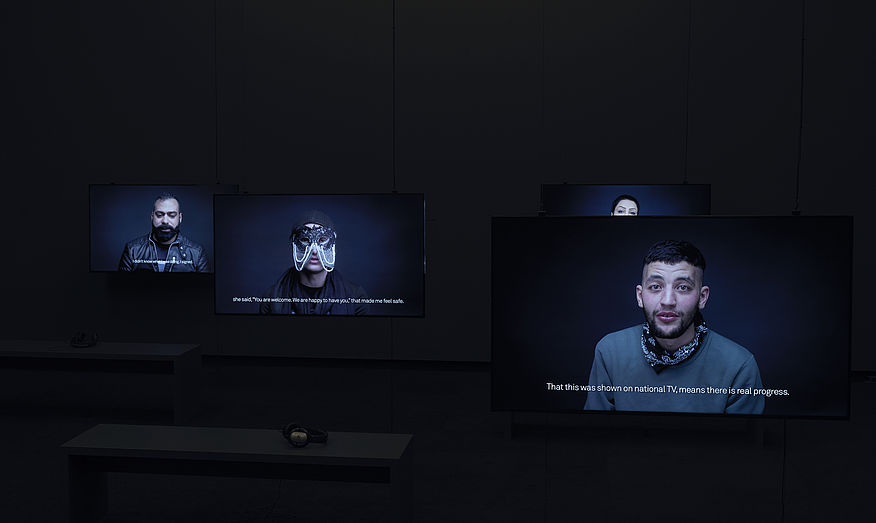 A 2017 commission of the Stedelijk Museum, Amsterdam: “The Crossing” by Carlos Motta presents video portraits of LGBTIQ* refugees from Egypt, Iran, Iraq, Morocco, Syria, and Pakistan. Directly addressing the camera in confessional style, they discuss their personal histories of persecution, and their perilous sea and land crossings. Their touching narratives are defined by their need to escape war and political and social oppression in their countries of origin on the basis of their gender identity and sexual orientation. Yet the exclusion, intimidation and abuse experienced by these refugees also took place during their asylum-seeking processes in Dutch refugee camps, where they often failed to obtain the protection they sought from the immigration authorities. “The Crossing” presents histories of flight and forced migration, where the Netherlands is perceived as a humanist state that breeds hospitality, a welcoming refugee policy, and social and cultural tolerance through the framework of international human rights. The project makes evident how this image of a hospitable nation is an ideological construct that is under attack by populist political movements that erode liberal European ideals.

A commission of the Stedelijk Museum, Amsterdam.