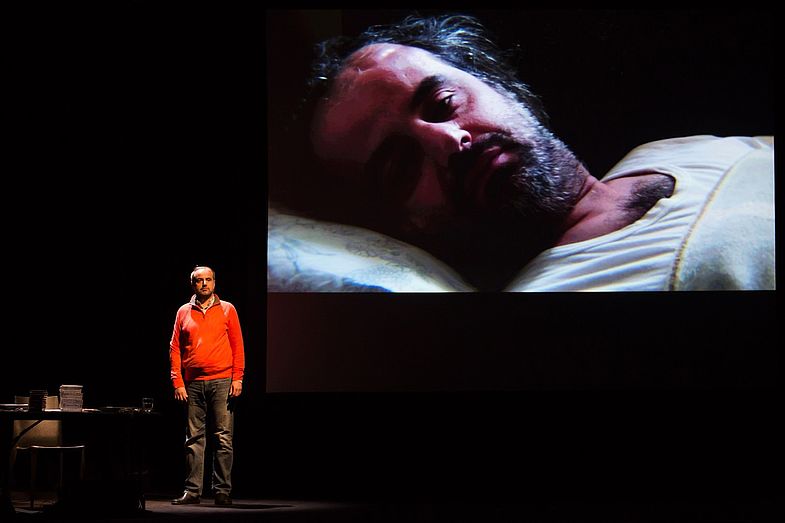 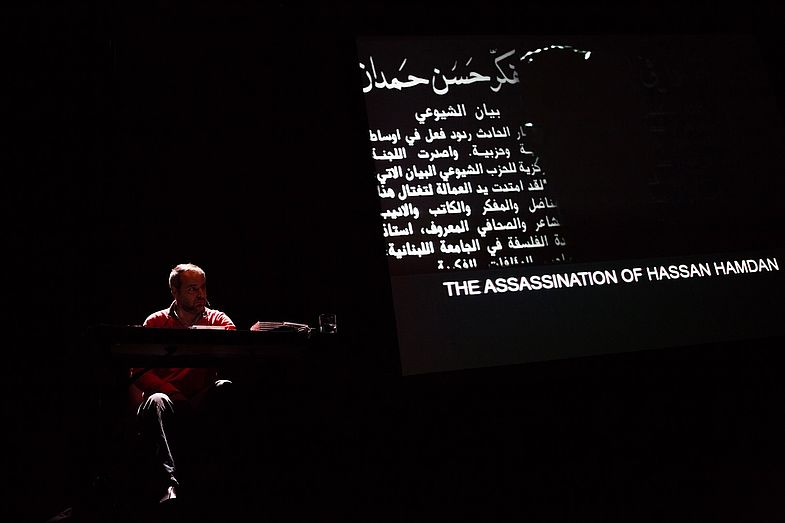 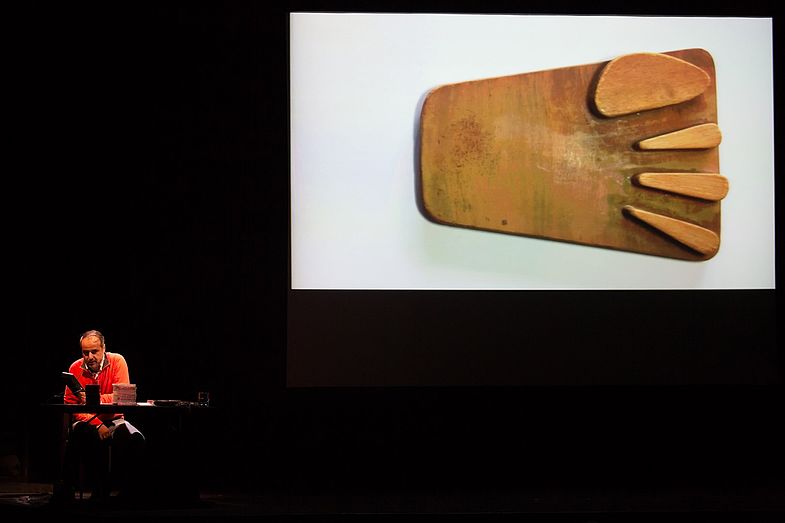 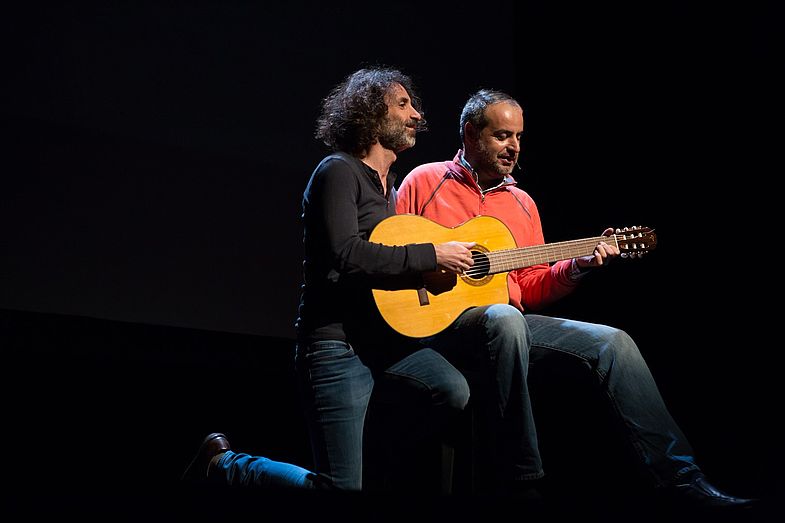 This piece by the theatre director Rabih Mroué is an impressive combination of the personal and political: For “Riding on a cloud” he invites his brother Yasser to take the role of a character that resembles him personally. A person who was injured in the Lebanese Civil War and lost his ability to use words, Yasser began to shoot videos, which fuse with his recounted memories on stage to form a subjective picture of the political developments in Lebanon. The artist and director Rabih Mroué lives in Beirut and Berlin. In “Riding on a cloud” he describes the fragile construction of biography, which emerges between political reality, memories, facts and fiction. For Mroué this is always the starting point for artistic self-reflection, which he then transposes for the theatre and exhibitions.