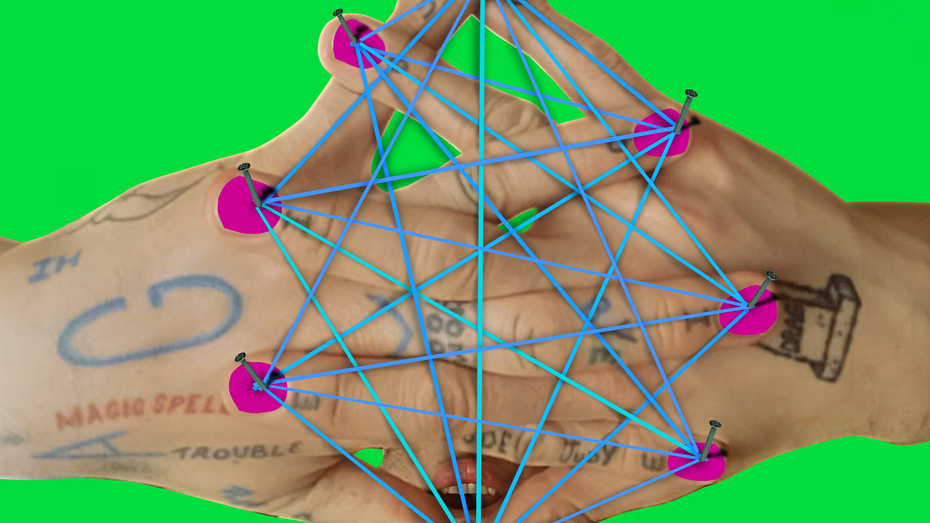 Where are our experiences relating to previously alien, non-human beings headed? The new livestream by NewfrontEars in collaboration with the green, autistic drag performer Oozing Gloop uses musical elements and lyrics produced by A.I. algorithms somewhere in the vastness of the subterranean fiber-optic cable network between UK and Berlin.

Oozing Gloop acts in an ever-changing, technical-failure-prone simultaneous interaction with artificial intelligence. A feedback loop is created between the artistic partners: Texts are fed in and played back in an endless loop. In this fabulating echo chamber, new myths and rituals of our current digital globalization are created – along with nonsense. What forms of audiovisual artifacts will the online convergence of humans and algorithms create beyond that?

This online happening is a search for collective forms of community participation through the filter of neural networks integrated into the performance. Is it possible to develop a common language and peer into the black boxes of AI consciousness to understand what's going on inside?

After producing “Feeeeeed” for HAU Hebbel am Ufer in 2020, the artist duo NewfrontEars welcomes Oozing Gloop from Berlin once again to trace the interactions between human and non-human beings and forms of consciousness.

Note by the artists:

“Hello. On Saturday, 27 March, at 8 pm, NewfrontEars and Oozing Gloop will be presenting their project ‘FEEEEEED-v2.1’ on Zoom as part of the festival ‘Spy on Me #3’ on HAU4. If you would like to join us, you will need to have Zoom installed on your device. You might want to use headphones for a more intimate experience. It’s 4 hours long, but this is a durational performance and our relationship with you is invisible so you can join in presence and in absence. Come and go… Take a nap if you want… These new modes of togetherness can be exhausting!”

For the participation, Zoom needs to be installed on the technical device and headphones are recommended.
This performance contains nudity and sexually explicit material.