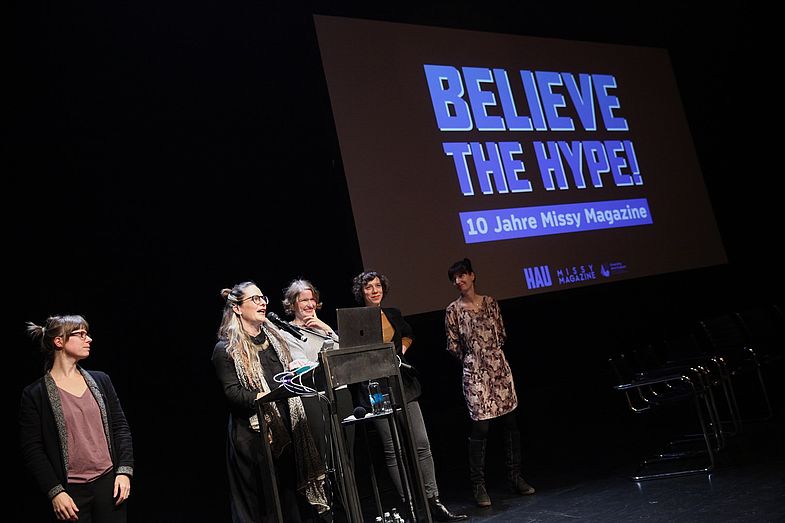 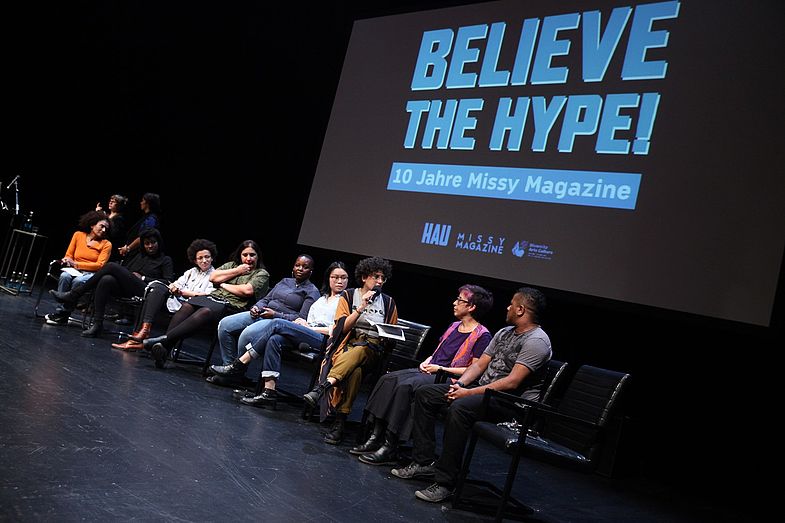 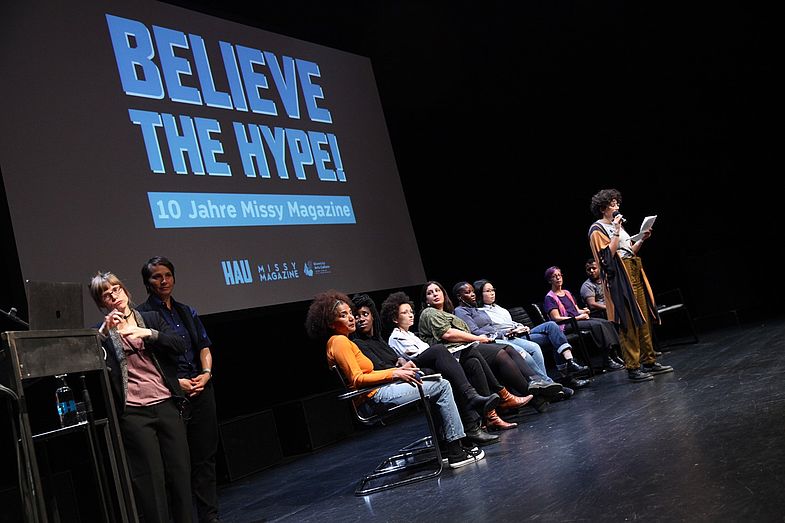 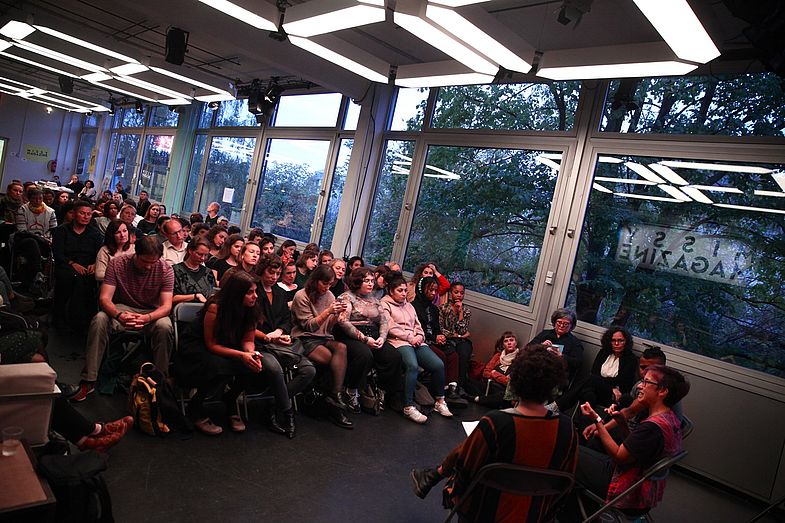 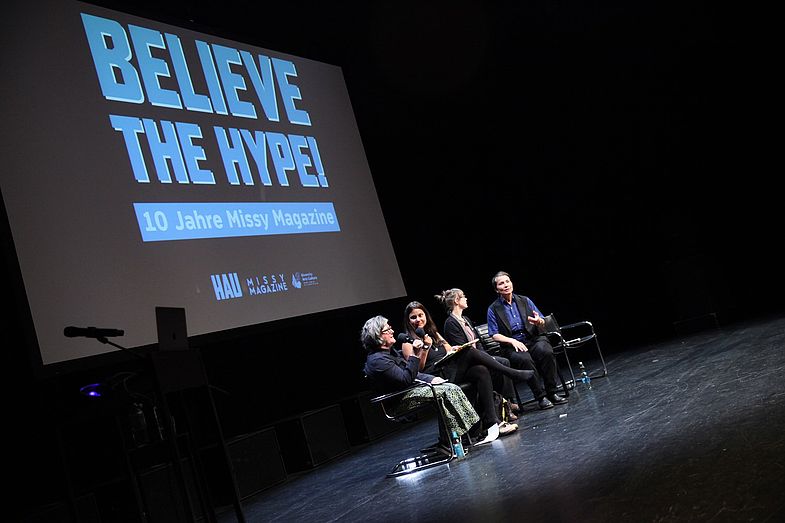 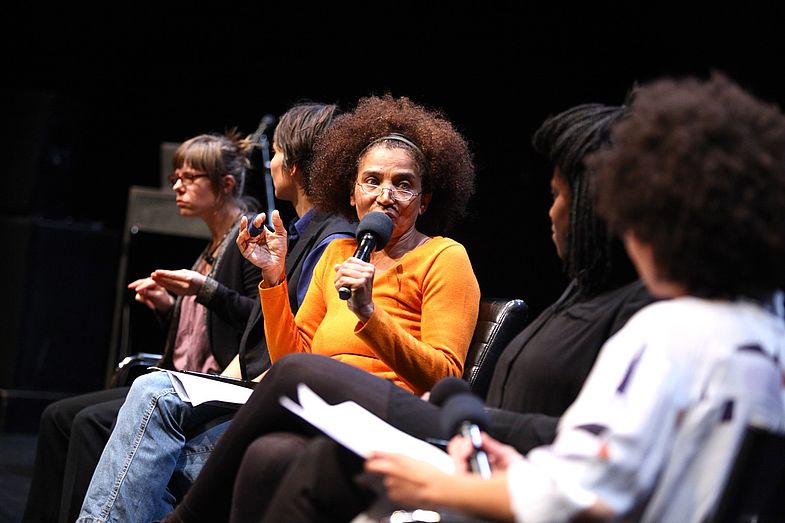 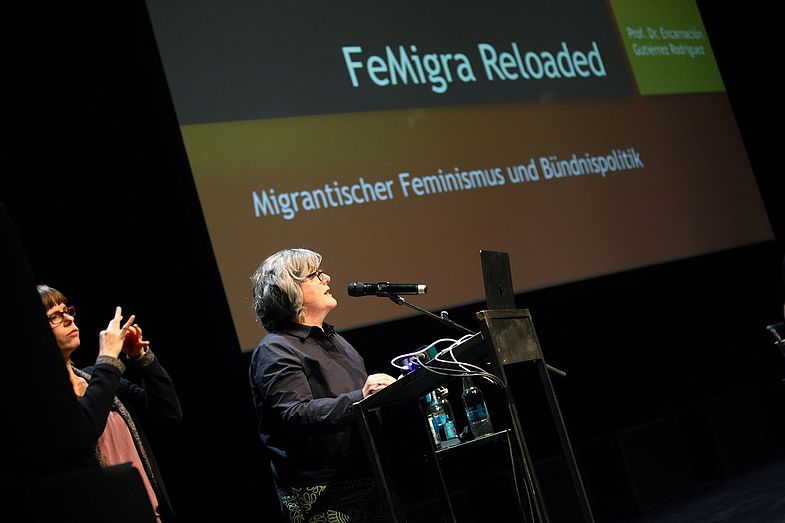 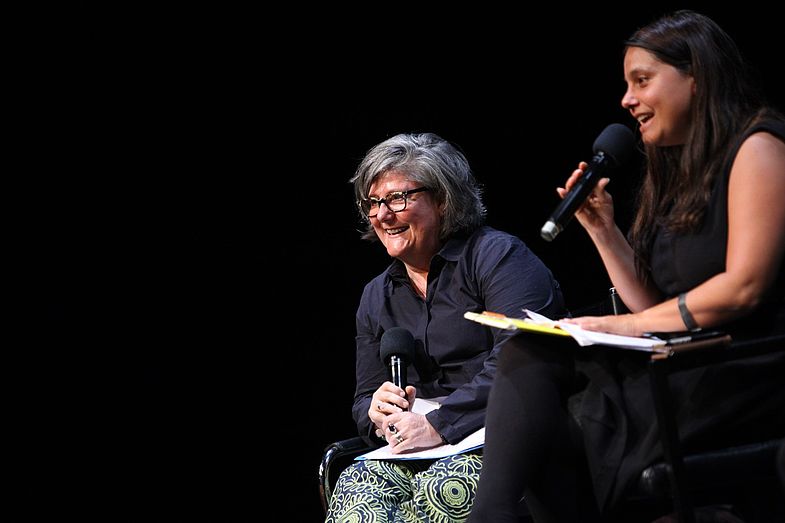 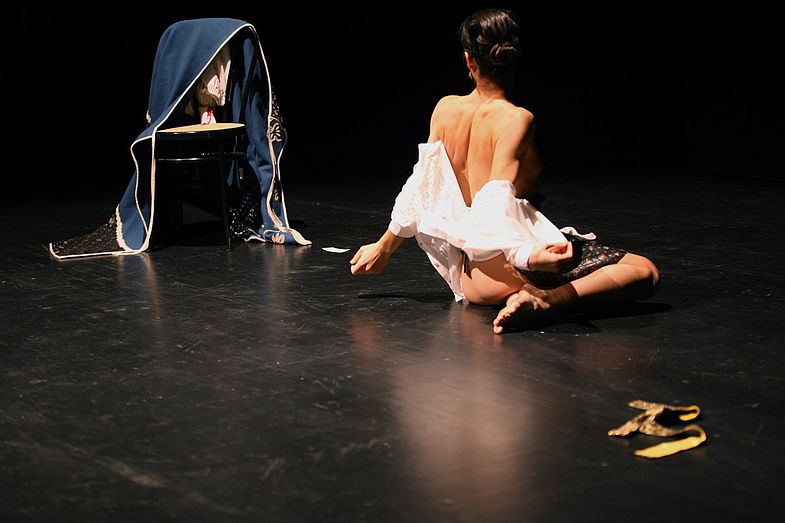 In collaboration with Diversity Arts Culture, the Berlin project office for developing diversity, Missy Magazine will mark their 10-year anniversary by opening up a space foregrounding the perspectives of women of colour on contemporary feminism, thus naming a frequent void in the feminist mainstream. The evening begins with a performance-lecture by Noah Sow. The well-known activist, writer and artist will start off the evening with her lecture performance. Since white feminist initiatives usually do not create their spaces intersectionally, women of colour in Germany have founded their own associations, even when they barely had any resources of their own. Some of these organisations will be recognised and presented: ADEFRA roots, RomaniPhen, maiz, EOTO, International Women´s Space and LesMigraS. There will be conversations about questions of exclusion in white dominated feminism, of representing strategies of forming alliances and the shared use of resources. The discursive part of the evening will close with a lecture by sociologist Encarnación Gutièrrez Rodríguez.

In her lecture Encarnación Gutiérrez Rodríguez offers a historical and anti-racist perspective on past and continuing (queer) feminist struggles. Through the example of the group FeMigra (Feminist Migrants), active in Frankfurt during the 1990s, she describes the path of migrant feminism and feminist coalition politics in Germany — a path marked both by continuities and breaks. On the basis of this she poses the question of what achievements can be seen today and where gaps still remain.

The work of Encarnación Gutiérrez Rodríguez has played a unique role in paving the way for a feminism in Germany that is critical of both society and of racism.

Encarnación Gutiérrez Rodríguez is Professor of General Sociology at the Justus Liebig University in Giessen and the Series Editor of the Anthem Series in Decoloniality and Migration. She is currently working with Pınar Tuzcu on a project about migrant feminism and its intersectional explorations in the `80s and `90s.

Following this all the participants will come together in a large plenum to discuss the questions that have been raised over the course of the day.

‘J, a folk striptease in 4’ by Arantxa Martínez

Following the discussion part the performer and dancer Aranxta Martinez will perform her “J, a folk-striptease in 4”, in which traditional images of femininity in folk dances are undercut and converted into new representations of female nudity and sexuality.

Short descriptions and weblinks of the organisations:

Cultural-political forum by and for Black women in Germany, founded in the mid 80ies, inspired by Audre Lorde to not only bring together, but also permanently hold together relatively isolated Black female subjects in Germany with their in part very differently developed life interests

Feminist group of migrant and refugee women, and women without this experience, who are active in the fight against racism, sexism and other intersecting power structures, founded 2012 inside the refugee occupation of the former Gehart-Hauptmann School

Autonomous centre by and for migrants – connects critical social work with education, culture, research and macrosocial engagement with the goal to encourage political and cultural participation of migrants in Austria.

Each One Teach One (EOTO)

Community-based education and empowerment project in Berlin. Founded in 2012, the club opened in March 2014 as a neighborhood library its doors and has been a place of learning and encounter. EOTO eV is committed for the interests of Black, African and Afro-diasporic people