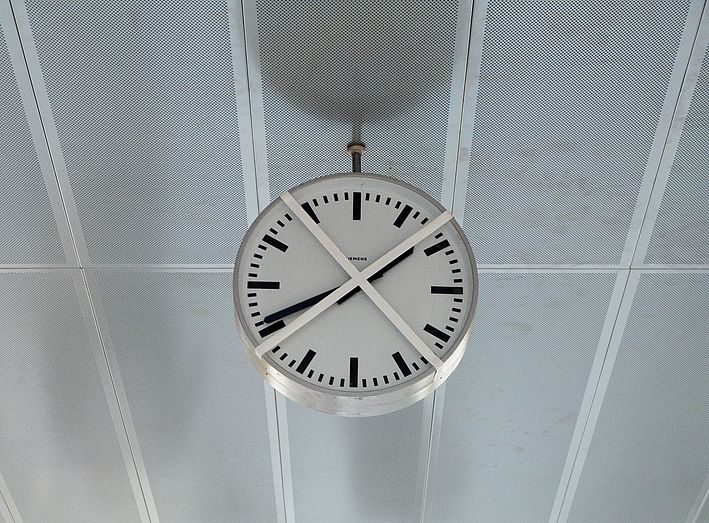 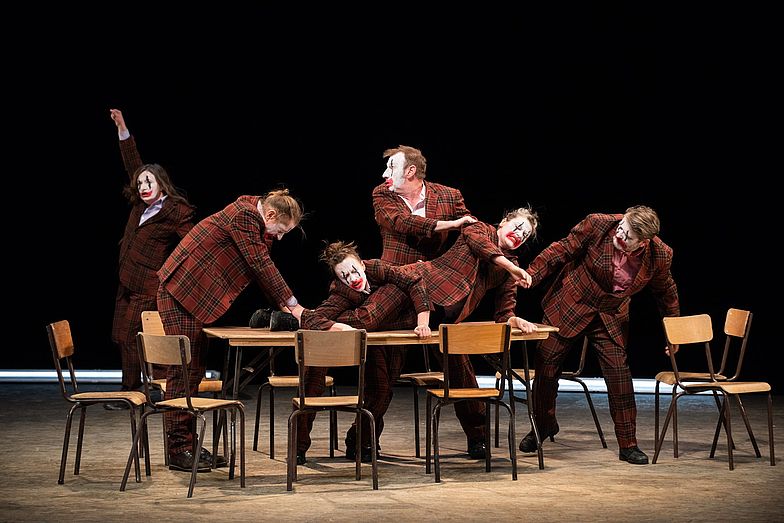 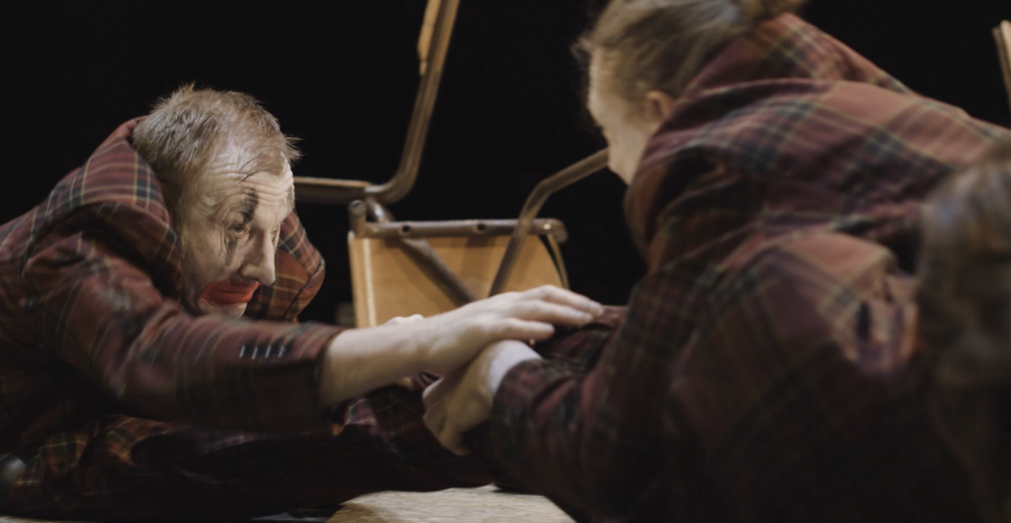 On a bare stage under bright light a troupe of hapless clowns do their unlevel best to get along and pass the time. Rehearsing old gags, getting tangled in new ones, forgetting that anything happened and then remembering and forgetting again. Carefully unbalanced between funny and not funny, Forced Entertainment’s “Out Of Order” is the ruins of a show in the ruins of a world. Violence and posturing, high jinx and clown on clown comical capers give way to bickering, exhaustion, hunger, melancholy, and silence. The clock ticks. The music swells to repeated climax. And everything comes to nothing.

After the performance on 29 June: Artist Talk with Forced Entertainment and Season Butler.

Season Butler is a writer, artist and dramaturg working between London and Berlin. Her writing, research and art practices centre around intersectionality and narratives of Otherness and the end of the world as a contemporary ontological condition.

In the Ruins
A note on ‘Out Of Order’

It starts, as our work often does, in the ruins of something.

Very often in Forced Entertainment’s performances the first point of reference is not the theatre itself – at least not the theatre proper of plays, characters and narratives. Instead we’re drawn with some regularity to the discarded or low rent near¬–but–distant neighbours of theatre – to the border zones of cabaret, nightclub act or vaudeville, to the conflicted monologues of stand-up, the rough strategies of amateur dramatics or to the alternative contemporary theatricalities found in press conferences, quiz–shows and the panel-shows. Even when we do get to plays – as in our recent Complete Works (2015) project retelling the narratives of Shakespeare’s entire oeuvre – we are usually coming in at a considerable angle; in that case rendering the plays as simple-language summaries brought to life and diagrammed as puppet theatre using household objects on a table top, pulling the grand narratives and poetry of Shakespeare’s plays into an unexpected dialogue with the everyday.

Linked to our invocation of other theatricalities is an invocation of figures suited to the worlds we are creating. Real Magic (2016) is awash with game show hosts and contestants while Speak Bitterness (1994) is filled with the penitents from some absurd imaginary show trial. Often there is a desire on our part to create a set of alter¬–egos for the worlds we are creating and whose show, in some ways, becomes a material for ours. In First Night (2001) it was a troupe of jaded vaudevillians whose show was collapsing in front of their eyes, in The Thrill of it All (2010) it was a group of wannabe show-dancers and comics locked in competitive behaviour whilst in Pleasure (1997) it was a group of sleazy and cynical nightclub entertainers, who ghosted their way through the performance.

In the new work which premieres in Frankfurt – titled simply Out Of Order – we are once again close to but far from theatre proper, with a strong, if heavily distorted or reimagined hint of circus clown in the six figures that are set swirling on the crude wooden platform below the auditorium. The red suits. The smeared make up. The locked smiles and glum faces.

There’s something significant for us in the way these figures are displaced – uprooted from their normal context and shifted in register as they arrive in the stark arena of our stage. Here – out of place as well as out of order – their actions are less certain, less bound to the particular dramaturgies, escalations and resolutions of popular entertainment. Instead the violence and dispute at the heart of so much comedy ¬– provocations, altercations, chases and physical attacks – runs amok -  less easy going here, less comfortable. As we are working, and in the performance itself, the material continually slips between registers, moving from the clearly staged and choreographed antics of a routine to an adversarial physicality that is brutal and exhausting and then back again without warning. In rehearsals we are speaking about the troupe of almost-clowns in front of us as residual presences – echoes of something, ghosts with only the partial memory or echo of a routine. They are also figures in between one thing and another, whose act is real and whose real is only an act, whose very being is shot through with their profession.

These partial clowns, in the ruins of their routine, in the ruins of a world are endlessly uprooted, wrong-footed or otherwise displaced by their own actions. They do their unlevel best to get along and pass the time. An old music plays on loop - the wrong kind, but no one seems to mind. They fight and chase in eruptions of uneasy mayhem, then cool off a little, settle and wait for the whole thing to kick off again. High jinx and comical capers give way to disputation and uproar, hunger, melancholy, stillness and even silence.

There are red suits and smeared make up, locked smiles and glum faces.

The clock ticks and music swells to repeated climax.