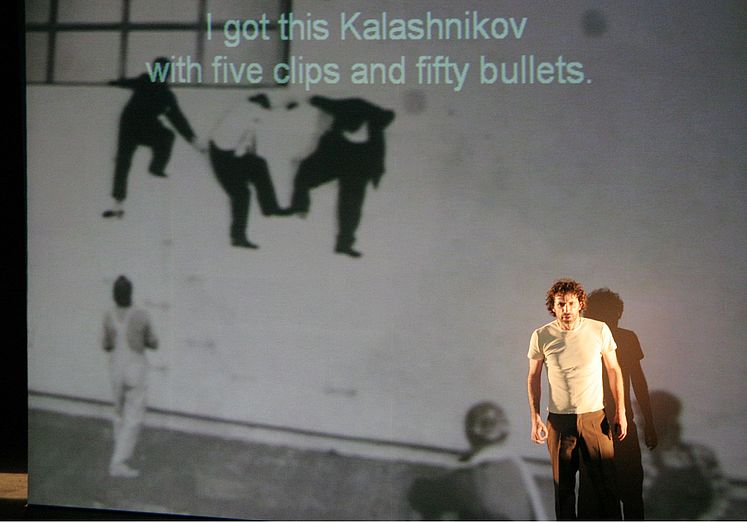 It is a well-known fact that the religious communities are the ones controlling the political and public institutions in Lebanon strangling any attempt to build a state of civil rights. Could this be the reason for the inexistence of the Body-Art in that region, as for instance the 'Body artists' in the 'West' in the late 60´s and early 70´s? Rabih Mroué took an interest in the extremists among them and wrote a script made up of short monologues by performance artists from that time, told and represented by actress Lina Majdalanie. Mroué juxtaposed the cruel struggle of these artists for their individuality with the true story of Hassan Ma’moun, who recently gunned down his colleagues in an office in Beirut.