Time’s Journey Through a Room 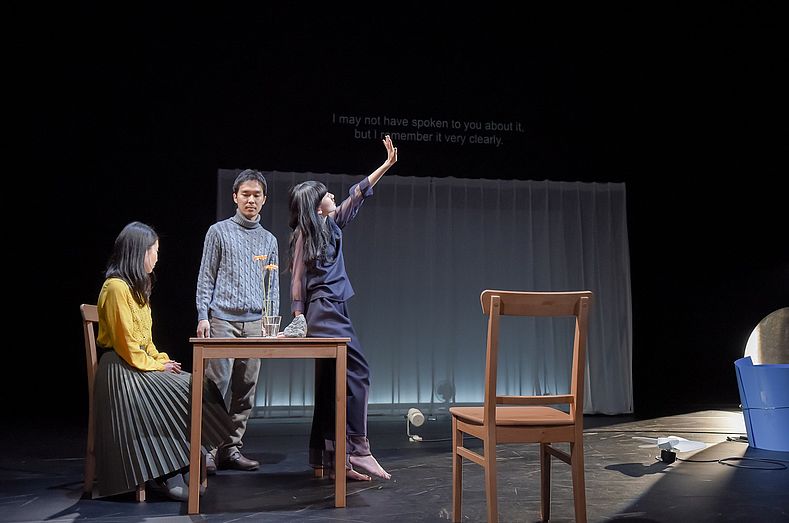 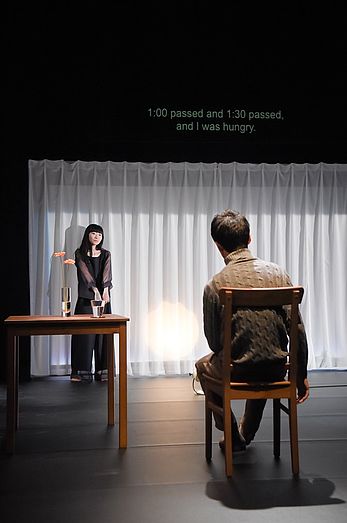 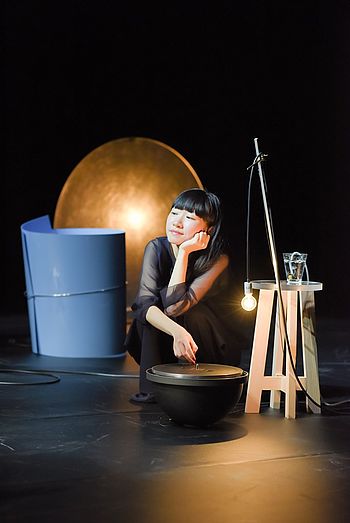 In response to the Great East Japan Earthquake of 2011, the theatrical vision of playwright Toshiki Okada shifted toward exploration of the validity of fiction. The shift led to the staging of "Current Location" (2012) and "Ground and Floor" (2013), which allegorically portrayed the sense of tension and isolation in Japanese society in the wake of the disaster.

While again taking the post­disaster social situation as its theme, "Time's Journey Through a Room" is an extremely meticulous scrutiny of the mental conflicts and arbitrary emotions of individuals preceding their social alienation. It expands upon these observations to launch unprecedentedly new presentations derived from them on the stage.

The feelings that welled up in the breasts of people in Japan in the days right after the disaster struck were not confined to grief and unease; there was also a sprinkling of hope that "things would get better" as a result. Those who go on living today, when it is no longer possible to have hope, are tormented by the pure and simple expressions of it by the ghost of one who died while still embracing this kind of hope for the future. It makes them want to plug their ears and turn away. Through Okada's script and the physical movements of the actors, which reach new heights of intensity, the invisible mental anguish and pain are fused into a both closely­knit and multilayered relationship with the sound and space designed by contemporary artist Tsuyoshi Hisakado, who suffuses them with subtle shading. The way they are presented makes it appear that the piece can virtually be directed to emotions per se, and is bound to deeply move those who see it.The finely­tuned approaches in the respective media of words, body, sound, and space come together on the stage and wash over the audience in a wave. The work is nothing less than an interlude for each member of it to confront his or her own memories and experiences.

Supported by: the Agency for Cultural Affairs Government of Japan in the fiscal 2016