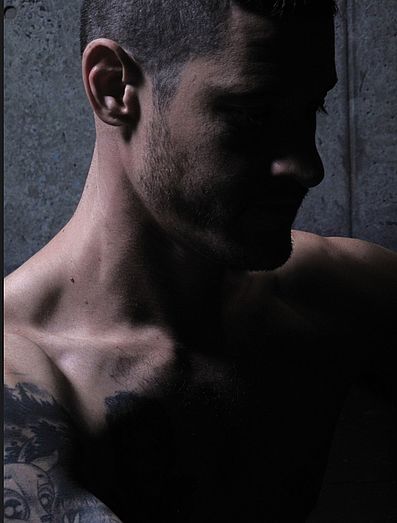 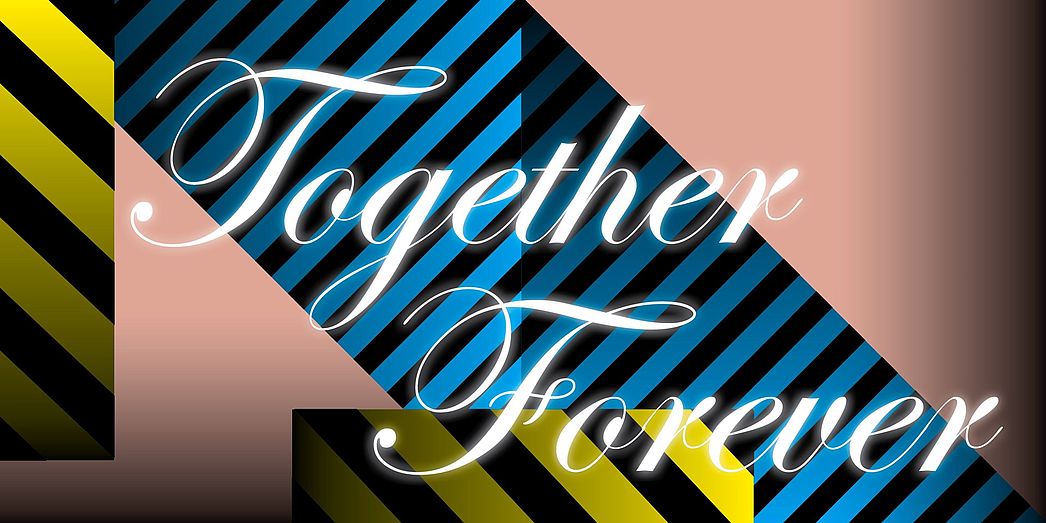 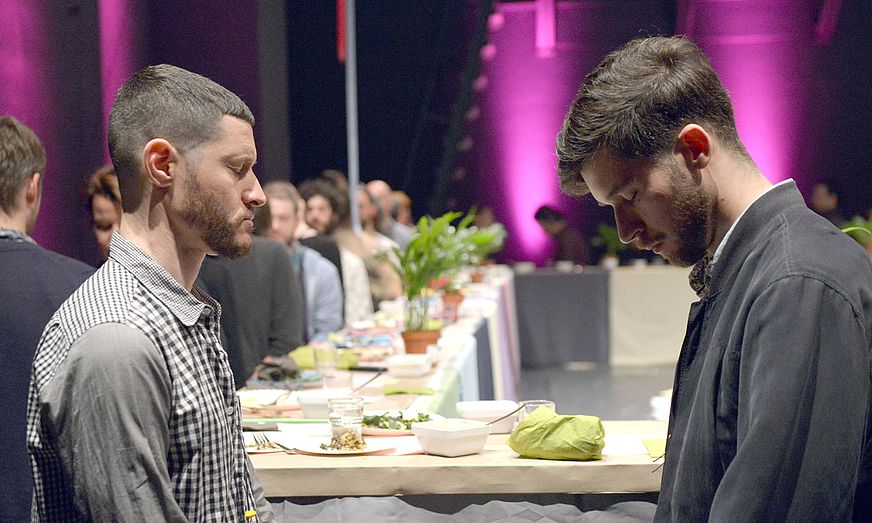 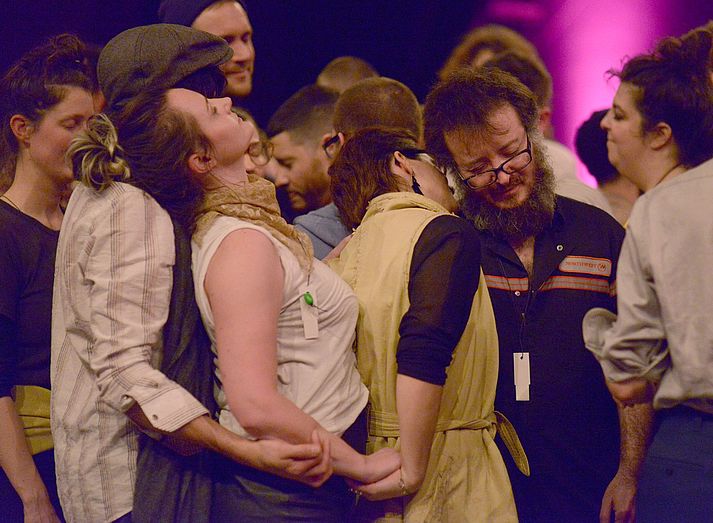 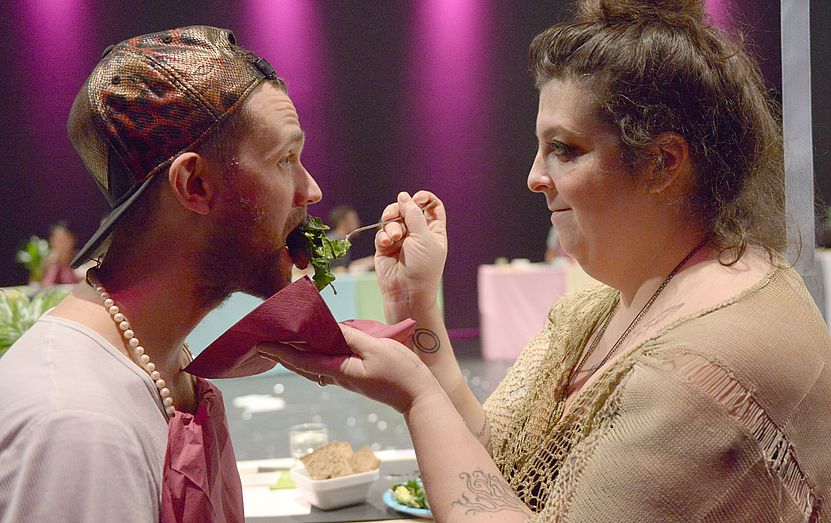 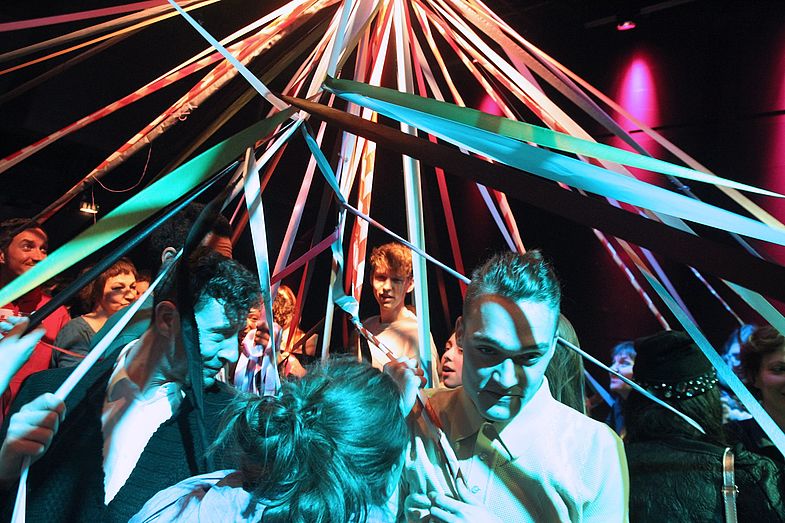 Together forever is the promise of eternal love that we’ve heard a thousand times in kitschy pop songs. Yet in this title, it hints at the extent to which people truly rely on each other. In his new piece, dancer and choreographer Jeremy Wade and four further performers experiment with caring situations and forms of tender complicity, while probing the social and political implications of community, love and affection.

What can we only do together – what can’t we do alone? What does being there for someone mean? And what might forms of togetherness look like in the future? After Jeremy Wade’s shows “Fountain” and “To The Mountain” at the HAU, which was centred on rituals alchemy and transformation of group dynamics, he returns with his new production, “Together forever”. This collaboration with dancers and choreographers Igor Koruga and Jared Gradinger, the performance artist and film-maker Liz Rosenfeld and the visual artist Michiel Keuper takes the hackneyed but ever-hopeful promise of eternal love back to its origins.

But the focus of the show is not on relationships between couples: instead, it is an attempt to explore gentle forms of closeness beyond coupledom. In a celebratory tribute, “Together forever” takes a look at our reliance on and responsibility to one another. The performers take on the role of affectionate mediators with the audience during the show, leading them through touchingly challenging situations, laying a shared table and trying out various forms of complicity. Is it possible to challenge the status quo with physical encounters that rely on thoughtful cooperation? Real and imagined stories of togetherness and visions of intimate communities are narrated, explored and ritually considered here – concretely as a tangible creation of the here-and-now of the performance, but also as a model that has political and social implications: Do we – or don’t we – want to live in a world in which our fundamental needs are regarded not just as individual and personal but also as a social issue?

Please note: During this rehearsal and the premiere of "Together Forever", photos and video recordings will be made for documentation purposes, some of which may be used for publicity purposes in the future. By attending the performance, you are declaring your agreement to this.