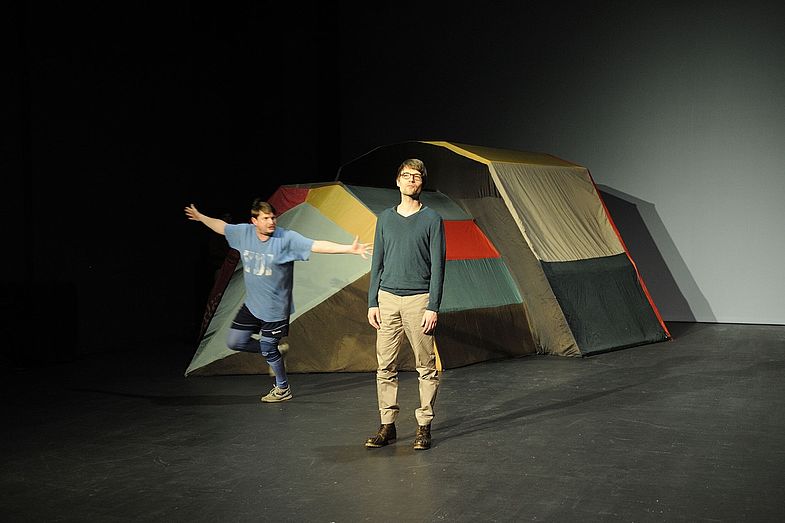 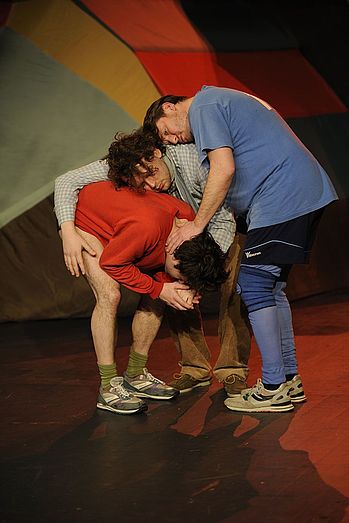 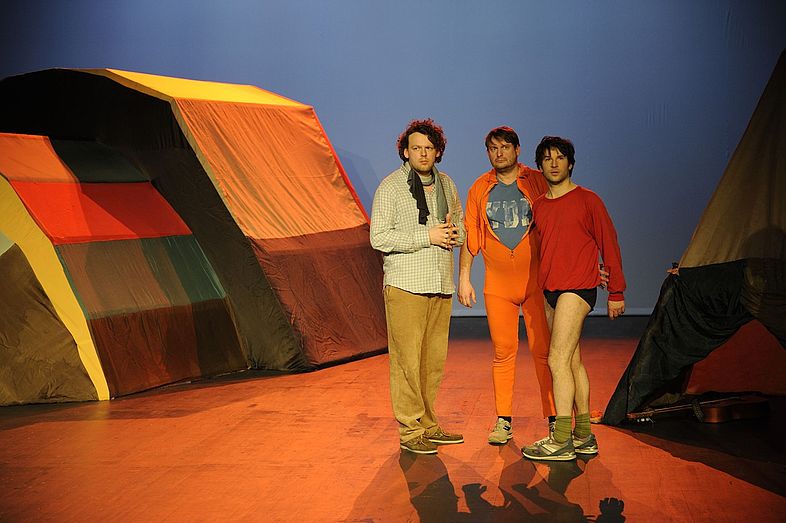 After the disbanding of Two Fish, the collective that he co-founded, Martin Clausen, one of the most significant protagonists in Berlin’s independent scene, continues his work with an ensemble of players, both familiar and new. Accompanied by the musicians Doc Schoko, Mario Schulte, and Harald Wissler, four performers begin a process of group dynamics with an open end. In preparation for the production, the protagonists – Johannes Dullin, Johannes Hock, Peter Trabner, Martin Clausen – spoke with the mentally disturbed, the almost-disturbed, and the non-disturbed, as if there were no differences among them. Is it possible to respond to disappointments or rejections with reactive patterns that are not solely based on imitating behavioral patterns? The performers act in the hope of finding a quite personal form of intelligence for such situations. Can this result in a better society, a better “ego”? They continue to make demands on one another until it all becomes too much. Their well-trained techniques in perseverance fail them. In the end, desperation seems to be the simplest way out.

Production: Martin Clausen. Co-production: HAU Hebbel am Ufer. Supported by the Senate Department for Culture and Europe and the Fonds Darstellende Künste.