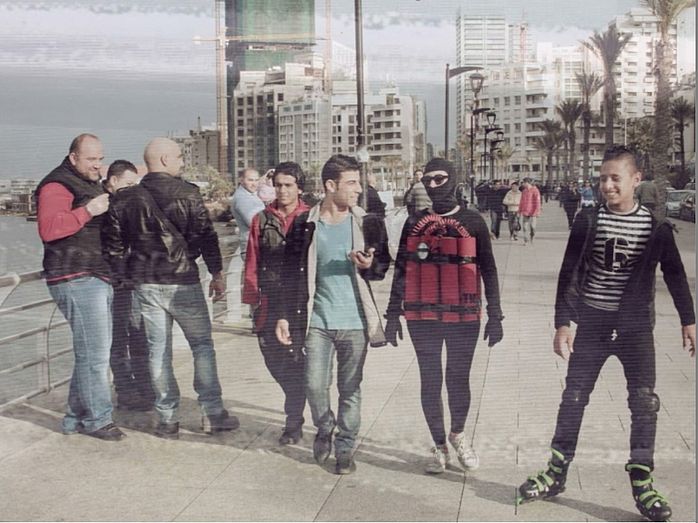 Returning for a fourth edition to CTM Festival, the Radio Lab is dedicated to exploration and experimentation with the hybrid possibilities of combining the medium of radio with live performance.

In “Happy New Fear,” the second selected CTM Radio Lab work, Rima Najdi aims to explore an environment of anxiety and control via a narrative built around Madame Bomba, a character first created in 2014 when Najdi wore a fake cartoon TNT bomb around her chest while roaming the streets of her hometown Beirut. For this project she will collaborate with musician Kathy Alberici (of Drum Eyes fame) and visual artist Ana Nieves Moya.

This year’s two selected works premiere at CTM 2017, and will subsequently be broadcast via Deutschlandradio Kultur in March 2017. Later in Autumn 2017, these works will be presented by the ORF (Austrian National Broadcasting Corporation) via one of their platforms.