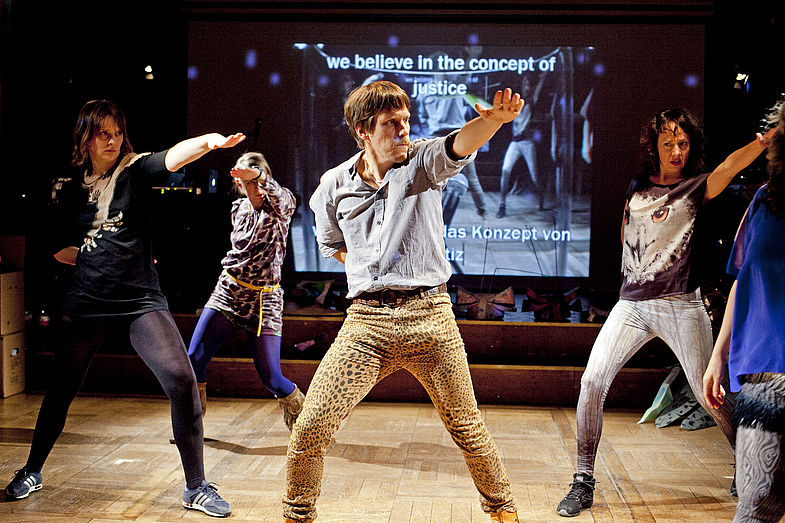 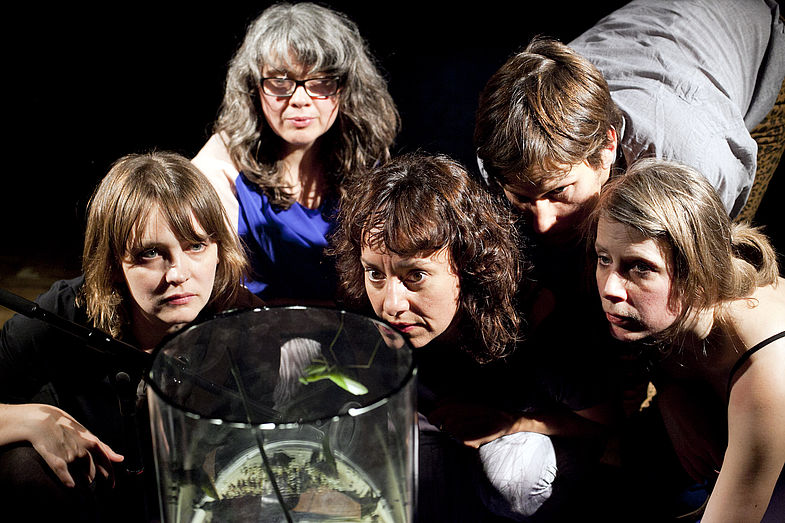 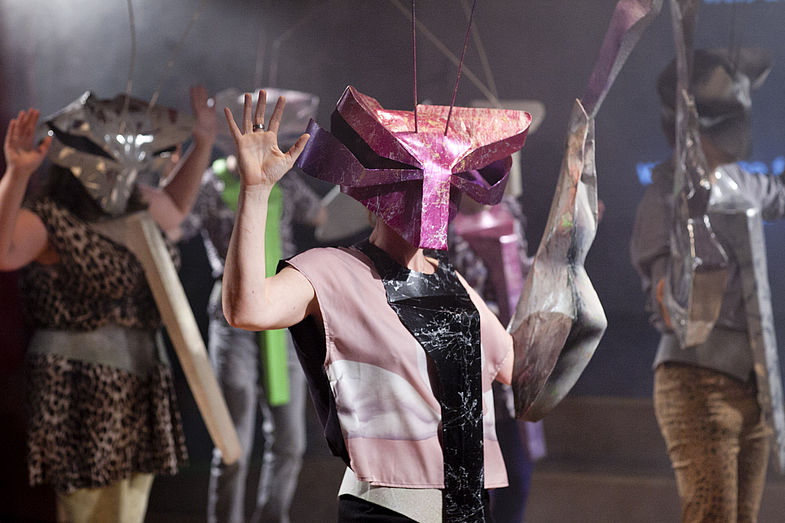 Who are you? What do you believe in? And in an increasingly polarised world, whose side are you on? In their first dance piece in 25 years of performing together, Gob Squad have invented a new form of dance floor, part nightclub, part ritual worship, part expressive dance therapy.

Over the ages, people have congregated in various forms of popular dance rituals to express their intentions and emotions. In Dancing About, Gob Squad harness the euphoria generated through dancing and use it to show who they are today, as individuals and as a group. Before the eyes of a real praying mantis, they dance for their lives, explaining to the watching insect who they really are by turning a personal weakness, a secret passion or a shameful stigma into an improvised dance.

The paradox of the cult of the individual and our need for community becomes the central drama of the piece. The dancers form temporary teams, shifting the individual to a potential ‘we’. One dances for many, many dance for one. The performers temporarily represent such diverse groups as ‘atheists’, ‘optimists’ or ‘foreigners’, forming constantly shifting Venn diagrams of belonging, standing up to be counted as a proud minority, sometimes a minority of one.

“Dancing About” has been performed almost 100 times in Volksbühne’s Roter Salon. Now it can be experienced for the very first time at HAU Hebbel am Ufer