Part of “There is no time for this” 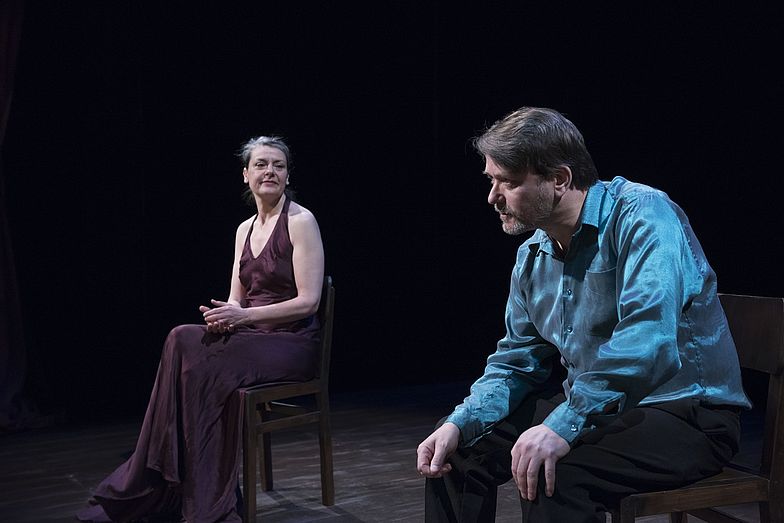 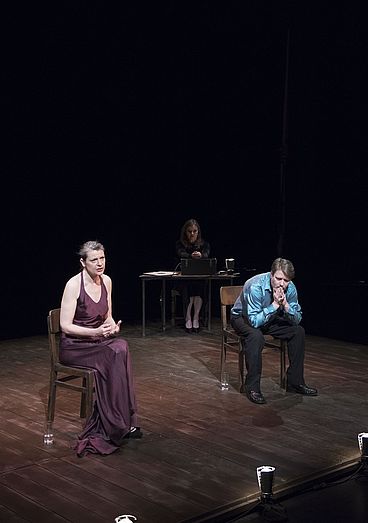 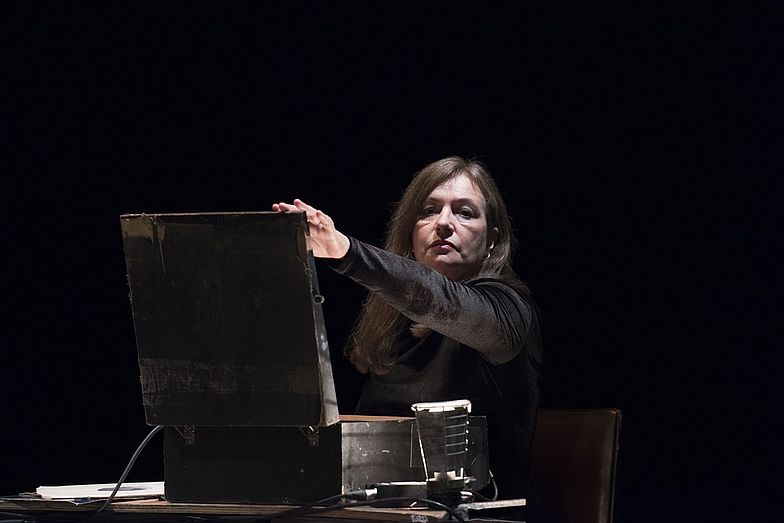 In “Dirty Work (The Late Shift)” two performers conjure an extraordinary performance in a collaborative and competitive act of description. From vast explosions to sub-atomic particles, with daily life, political interludes, dramas and cabaret turns in between, no event is too large and no image un-stageable for the protagonists, whose game of virtual theatre takes the audience on a roller coaster ride, celebrating the power of language to make things happen.

From theatrical spectacle to historical events, daily life to impossible feats, cabaret to political speeches, and from sublime beauty to vivid terrors, everything is here, in provocative, intimate and comical style. Accompanied by the sound of piano on a battered record player, “Dirty Work (The Late Shift)” explores and exposes a world in which real life is so often presented as spectacle.

Returning to their 1998 performance “Dirty Work”, Forced Entertainment have created a new version of the piece that digs deeper into the comical and unsettling territory they established just before the turn of the Millennium. The new work, “Dirty Work (The Late Shift)” develops the simple but immensely generative form of described or virtual events, co-opting the imaginative capacities of the audience to fill the stage with a delirium of images, scenes and events in bewildering and unnerving succession.