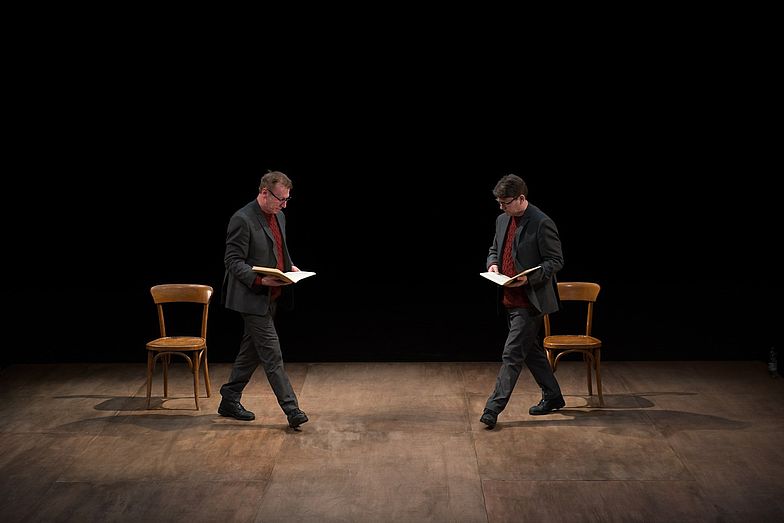 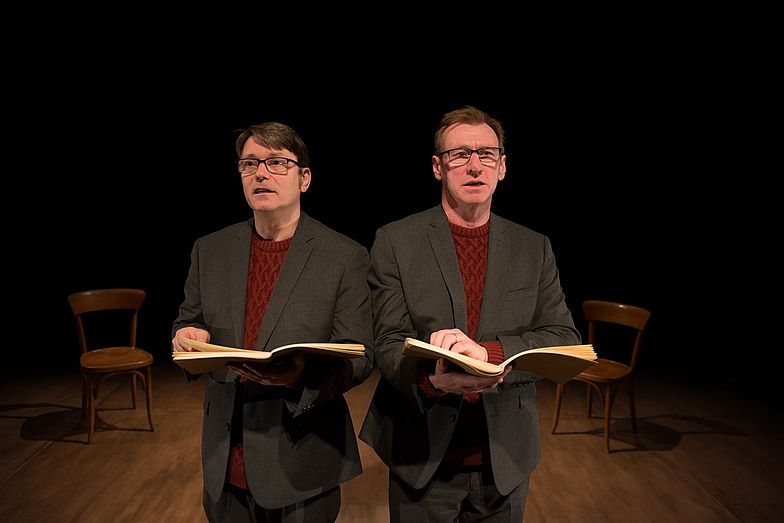 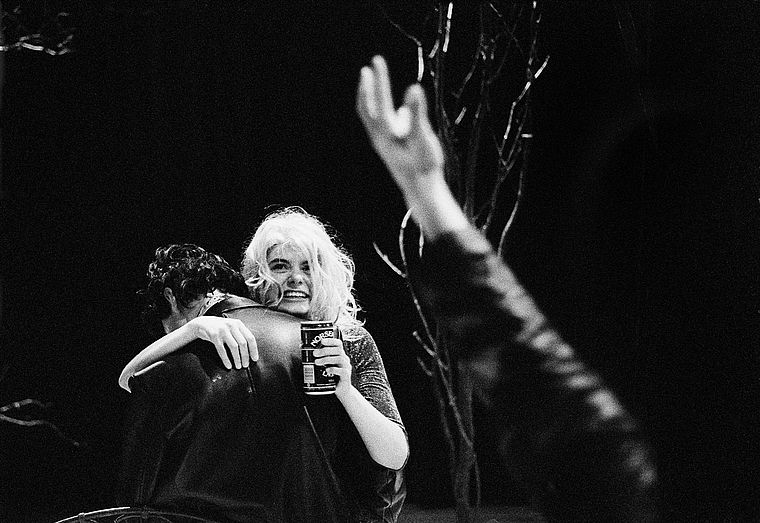 A Forced Entertainment performance based on award-winning novel The Notebook (1986), by Hungarian writer Ágota Kristóf. Directed by Tim Etchells, The Notebook tells the story of twin brothers evacuated to the Hungarian countryside during World War II, to stay at their impoverished grandmother’s farm. Understanding the world by a harsh private code, the unnamed narrators are slowly revealed as struggling moralists as Central Europe crumbles into vice, cruelty and opportunism. Kristof’s narrational language – bold, crisp and reduced – provides the basis for a compelling performance.

The Notebook: Inside Story
Video by Forced Entertainment (via youtube)