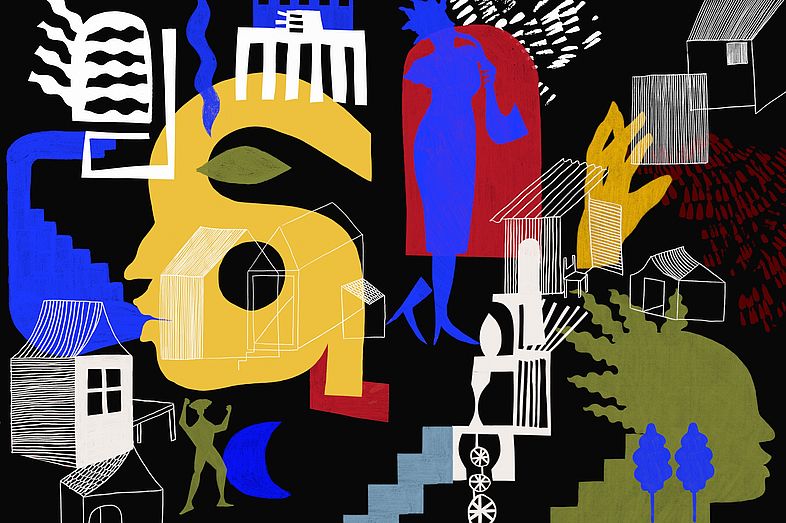 Nyabinghi Lab presents a performance and discursive programme at HAU1 that draws inspiration from the independent free state called Freistaat Barackia, which was founded 150 years ago by migrant workers and disenfranchised urban dwellers in Berlin, and stretched from Kottbusser Tor to Hasenheide. The programme explores histories of land and space occupations, of independent communities as laboratories of working class, anticolonial and anti-racist struggles. It also reflects on the global complexities of Barackia‘s seemingly local history and intertwines it with similar movements around the world. The occupation of Oranienplatz (2012–14) as a result of the refugee march of rights on Berlin, and the Quilombos - independent communities of formerly enslaved people in the Americas-, are just some of the histories that inspire a dialogue between local and international, historical and present-day struggles for equality and justice through the claiming of space and formation of community. The two-day event at HAU kicks off the programme of the “Freistaat Barackia − Landscapes Of Liberation” project, which continues with interventions in public space (in the form of three tiny house-squat shelters and installations surrounding the Kunstquartier Bethanien, activated by a series of lectures, performances, concerts, workshops and consultations) starting on 22 October 2021 and an exhibition opening at Kunstraum Bethanien on 12 November 2021.

Nyabinghi Lab were already guest curators at HAU in September 2020 with the opening programme of the redesigned HAU1 with “Radical Mutation: On the Ruins of Rising Suns”.

Renowned artist Mansour Ciss Kanakassy dedicates this performance to the history of the “Village des Arts” in Dakar (Senegal), a site that was squatted by the legendary art collective Laboratoire Agit'Art in 1973. Kanakassy formed part of the younger generation of the collective, which aimed to revitalise artistic production and critique institutional frameworks and the philosophy of Negritude in particular. The group consisted of artists, writers, film-makers, performance artists and musicians with Youssouf John, Issa Samb and Djibril Diop Mambéty among the central figures. They sought to free themselves from the language of the established academic canon by turning to a compilation of images and objects from everyday culture and profoundly shaped Dakar’s art scene and urban space. Laboratoire Agit'Art openly critiqued Senghor’s government and its entanglements with France in particular and the army evicted the collective from their squatted complex in 1982. In the violent eviction of the Village des Arts, the state killed the entire infrastructure of art in Senegal. Mansour’s performance explores the complexity of this eviction and it’s historical and present day implications, interweaving them with world politics, narratives of migration and ethnological collections.

MIMIMI-space is an experimental, interdisciplinary format that creates a space for artistic engagement with racism, a laboratory for self-reflection and healing. The Black body is at the centre of the project, with its inscribed history, memories and experiences. Quilombismo, a concept of solidarity, serves as the main inspiration for the project. It draws on Abdias do Nascimento’s notion of quilombismo: Taking recourse to the historical experience of quilombos (communities of formerly enslaved people in the Americas), he argues that examples of lived solidarity are omnipresent and sketches the ideal image of an alternative free and democratic community of solidarity, in which Black people restore their freedom and human dignity. The artists, activists and researchers involved in MIMIMI-space jointly develop artistic formats in this spirit.

“Present Body” is an immersive cello and dance improvisation, a dance statement on the situation and representation of Black bodies in art and society and a contribution to their decolonisation. Elements of the live improvisation include important dates about the Black movement, the names and thus the memory of victims of racist killings, as well as fragments of the choreography from “CLEANSE/NU”, which point the way towards healing and the future. In both the music as well as the dance, new connections and possibilities emerge, and the power of change becomes apparent. Understand the past, dance the present and dream the future in your own way!

Gladys, Annemie, Vivian, Mary-Jo and Naomi are coming to HAU Hebbel am Ufer on 9 October to stir up the discourse around gentrification, squatting and safer spaces. In her comedy project “Tell Me Nothing From The Horse,” actress Thelma Buabeng captures the complexity of Black realities in Germany and creates a haunting social satire. In this evening's performance, Buabeng has her characters ponder the struggles for social justice in urban spaces and square off with Corona skeptics. She will be accompanied by soulpop singer-songwriter Nuuki.

Elsa M’Bala aka A.M.E.T. is a sound artist who makes live podcasts as a mixture between DJ’ing and live radio shows, in which field recordings and interviews are shared live with an audience. She amplifies her unique voice and addresses narratives of inclusion and visibility. In “Refugee Sound Archives” she takes up the voice and field recordings of the refugee protests of the Oranienplatz and Gerhart-Hauptmann-Schule occupations and amplifies them into a music/sound piece.

The panel conversation invites representatives of the Berlin refugee movement, the Initiative Hermannplatz and the Sinti:zze und Roma:nja community to reflect on histories of land and space occupations, of independent communities as laboratories of working class, anticolonial and anti-racist struggles. Next year marks the 10th anniversary of the occupation of Oranienplatz (2012-14) and the Gerhart-Hauptmann-Schule as a result of the refugee march of rights on Berlin, which was one of the most important and impactful protest occupations in Berlin’s history. This panel initiates a dialogue between local and international, historical and present day struggles for equality and justice through the claiming of space and formation of community.

Playfully provocative, seriously funny, music genre-mashers, FOKN Bois are the subversive satirists at the frontline of Ghana's burgeoning Hiplife movement. “Gospel Porn” – yes, that’s what the duo FOKN Bois from Ghana call their genre-busting sound. The two-man crew, consisting of M3nsa, singer, producer and songwriter, and Wanlov The Kubolor, the self-proclaimed “Gypsy Prince of Pidgin Rap”, creates a rather unconventional mix of Hiplife, Afro-Techno, Pidgin Rap and Dub. With a good portion of humour, self-irony and satire, the two have been mixing up African rap since 2006. Both are influential figures in the Ghanaian music scene, together they have amassed a legion of fans through their ground-breaking Pidgin language musical film “Coz Ov Moni” (Because Of Money) and its sequel, “Fokn Revenge”, in which their adventures humorously highlight the real struggles of young Ghanaians today. A subsequent series of albums and videos are taking Hiplife global. Their live setup boasts of an additional member, Andras Weil, who plays keys and directs their live performances.

WeAreBornFree! Empowerment Radio (We!R) is an independent radio format that was formed throughout the German Refugee Resistance. It aims to link regional social fights in an anticapitalist platform focusing on the self-organised fight of migrants worldwide, especially emphasizing on the fights of Refugee Women*, LGBTIQ and other marginalized groups. For the “Freistaat Barackia: Landscapes of Liberation” project they produce a podcast that explores the history and present day implications of the occupation of Oranienplatz and the Gerhart-Hauptmann-Schule by the refugee movement, and the ongoing struggle for equality. 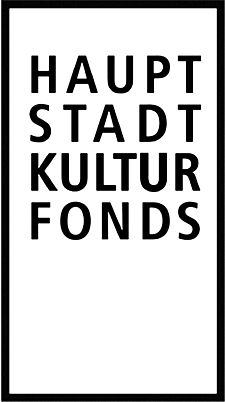