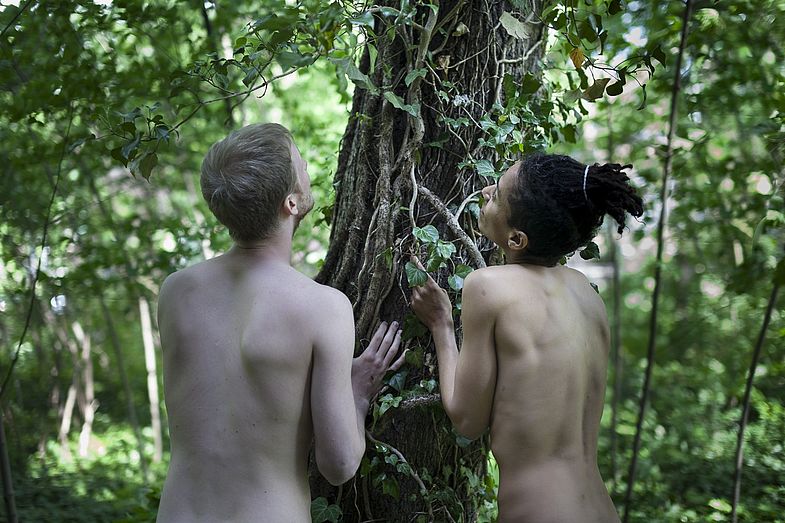 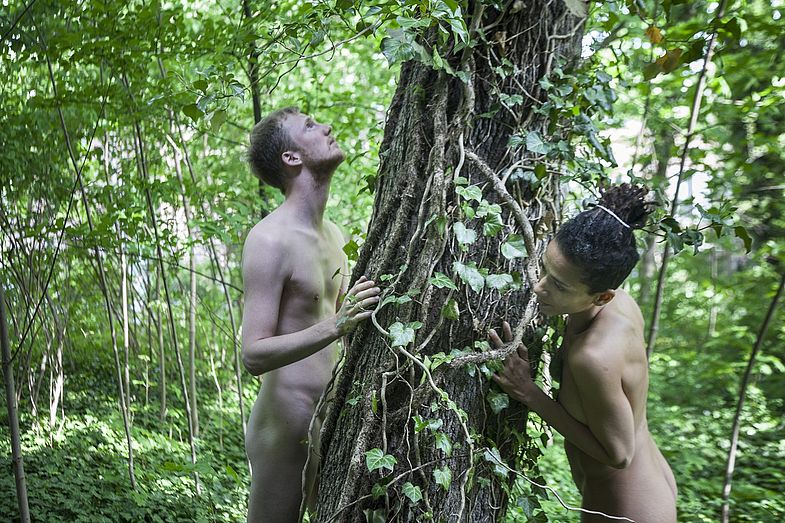 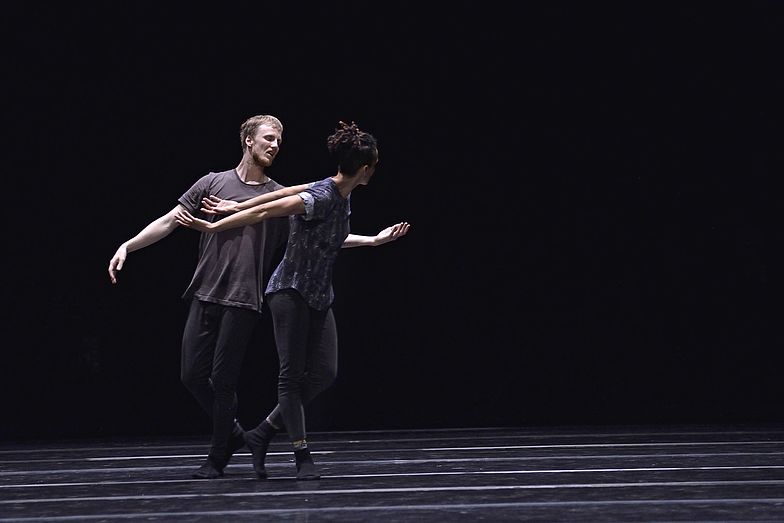 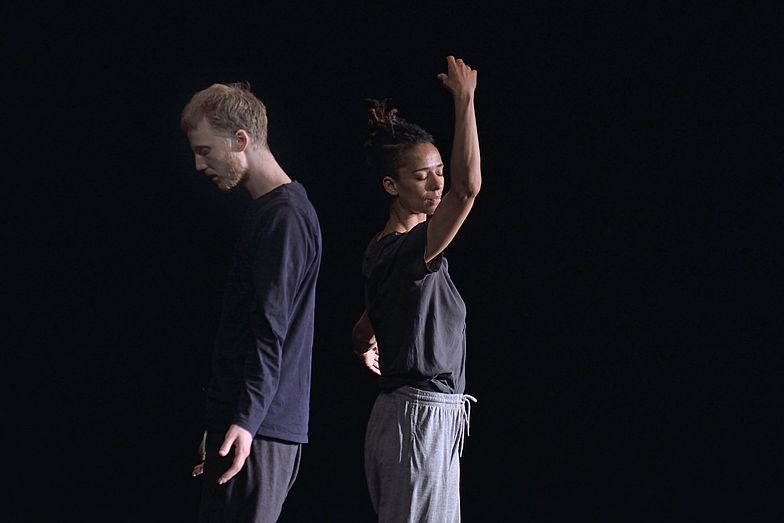 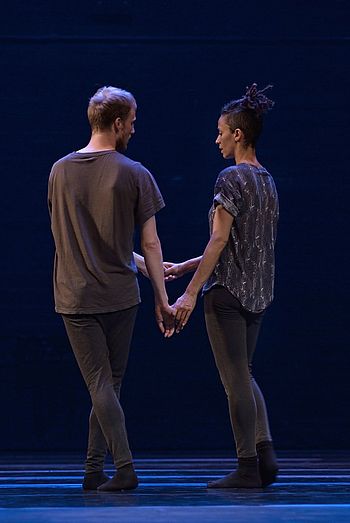 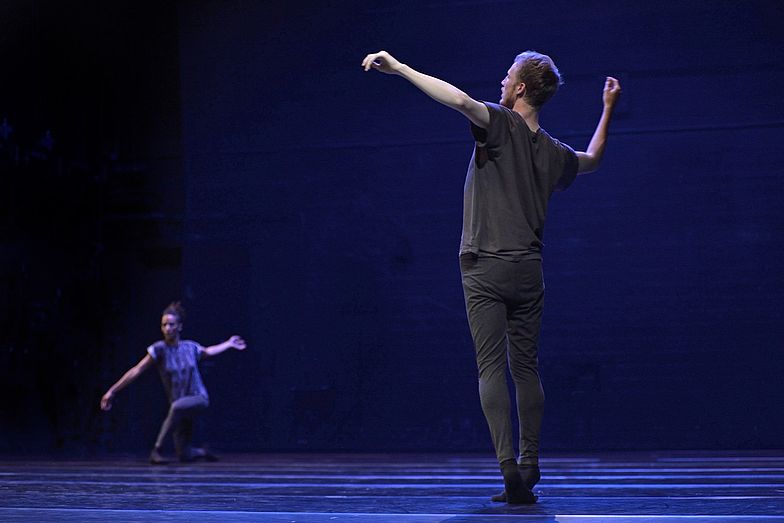 Laurent Chétouane's new dance production is nothing less than an act of disclosure. For the first time ever, he brings on stage the text which has been the hidden source of his choreographies for years, namely Heinrich von Kleist's “On the Marionette Theatre.” As is well-known, what is at stake in this essay is the ideal of grace. Chétouane devotes himself to this ideal, trying to make it visible again despite its alleged outdatedness.

Nothing in dance seems as far away as grace. Gone or never been there, never coming, it ekes out a seemingly irresolvable shadow existence. In ballet the former striving for it, the ancient form of a strict body technique – in contemporary dance its absence, a demonstrative hush about it. Kleist can be tasked as a judge of the former and advocate of the latter. But he can also be consulted in yet another guise. In his essay “Über das Marionettentheater” (On the Marionette Theatre) one can not only meet him as the critic or ironist of the sovereign practices of grace, but also as a poet who envisages something else: gracefulness in the event. The event seems to open up wherever opposites are brought to coexistence: weight and weightlessness, ground and groundlessness, finiteness and infinity, choreography and contingency. In a four-part “pas de deux” the dancers Raphaëlle Delaunay and Mikael Marklund move towards this event of extremes, contained by Kleist’s text itself as well as piano pieces by Charles Ives, Anton Webern, Beat Furrer, Felix Mendelssohn Bartholdy and Johann Sebastian Bach, interpreted by Mathias Halvorsen.