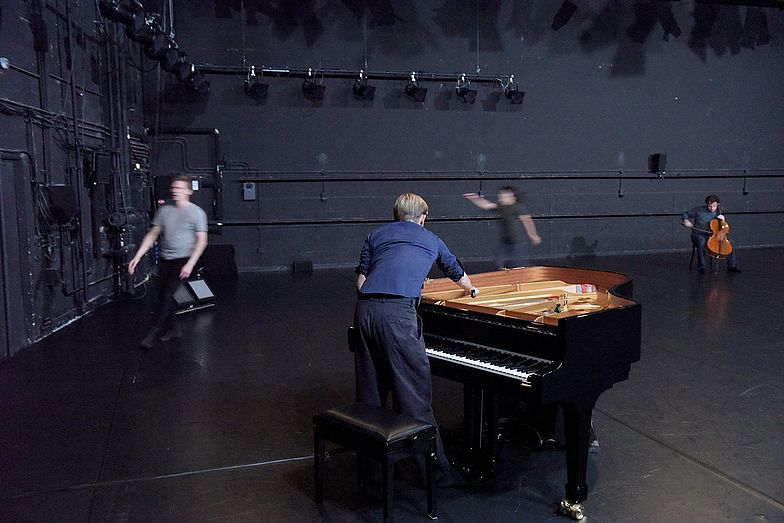 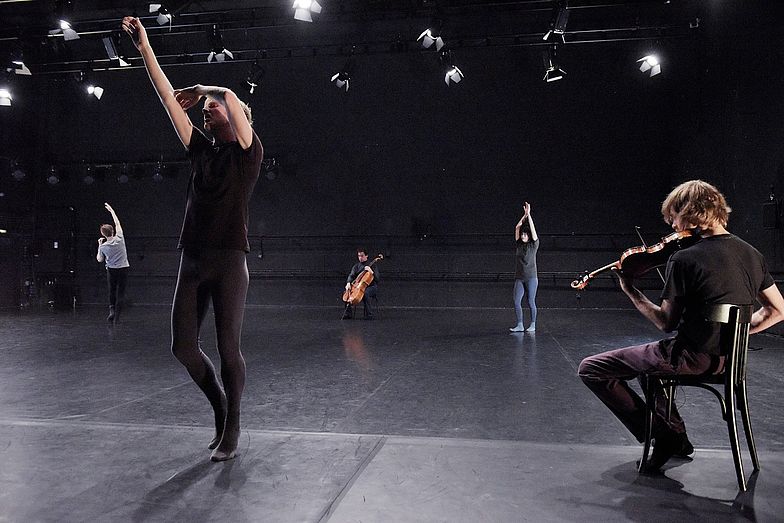 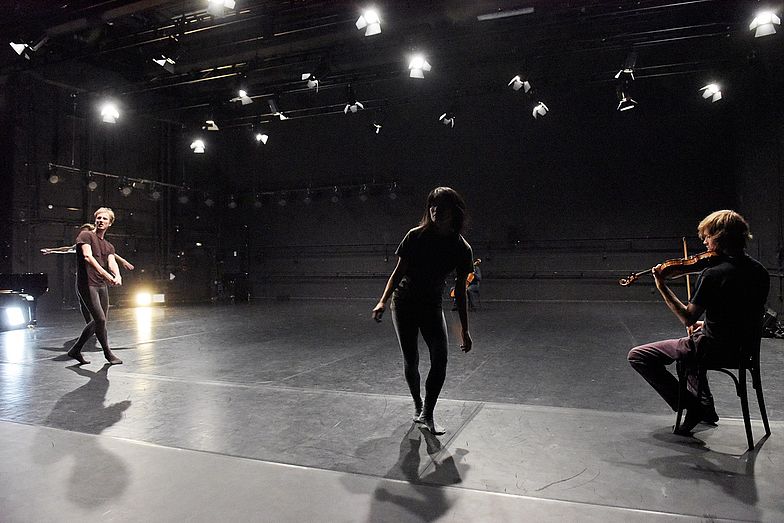 Today the present means crisis. Chaos no longer just seems to mean a state of exception, but a “model” for the future that is as threatening as it is inevitable. Chaos instils fear. In opposition to the idea of an exclusive threat, Khaos is an ambivalent figure in Greek antiquity. It combines a wide variety of levels of meaning: gape, chasm, abyss, precipice. But it also names the horizon of expansion, immensity, breakup, or opening. As formless form, striving toward something different than it already is, Khaos invokes the dimension of becoming, of possibility, of renewal.

In "KHAOS" Laurent Chétouane brings together four dancers and three musicians to explore the possibilities of Khaos at the edge of chaos. Music by Johann Sebastian Bach, Wolfgang Rihm and John Cage resounds on stage, marking an affinity with the uncontrollable. The “turbulence zones” in and between the musical pieces are the starting points for the emergence of unstable, threatening, destructive spaces, to which the performers and the audience alike are exposed. The traditional vertical axis of dance loses its visual organizing power and the floor is the only thing that offers a foothold in these spaces without fixed vectors and coordinates. Exposed to the possibility of crashing, of losing, of fear and mourning, the dance becomes an autonomous doing and becoming, a state without goals or any predictable time axis. A body emerges that must discover new relations to the other, to space, to itself, in order not to fall completely victim to the blind and disparate forces of contingent openness. The risk of chaos dissolving the order of the one world is tested out in KHAOS as the chance to create multiple worlds – an attempt at a utopian present.

Before the show on 13 November "Khaos – A Debate about (Dis-)Orientation" will take place. With Joseph Vogl, Marcus Steinweg and Gabriele Brandstetter, moderated by René Aguigah.

Free admission with a ticket for a show of "KHAOS", prior registration required.