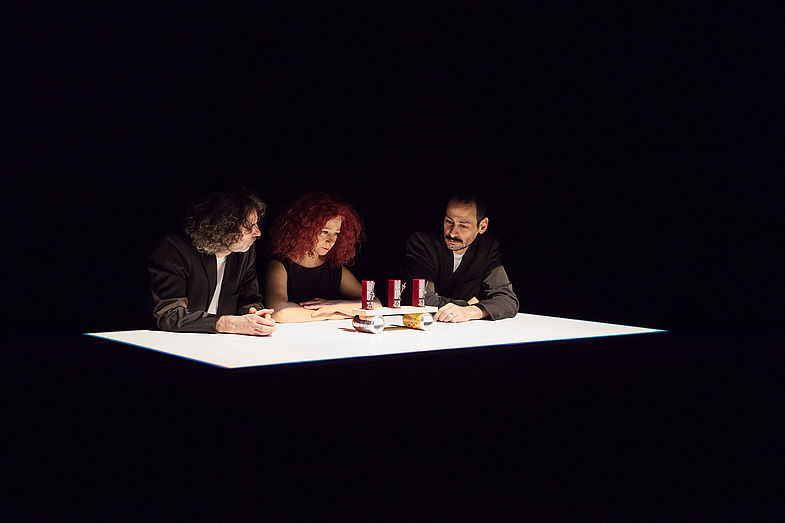 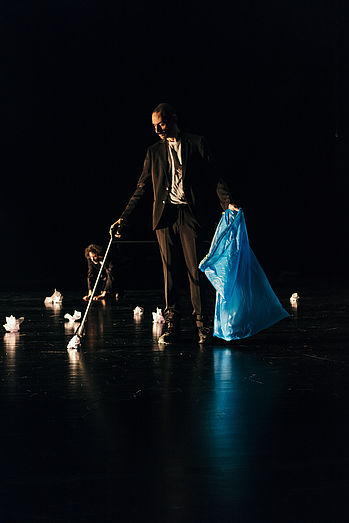 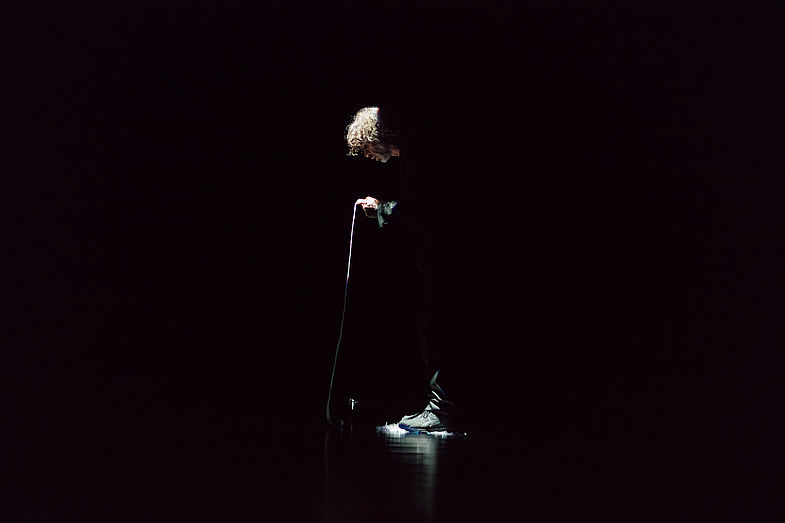 Lina Majdalanie and Rabih Mroué developed their new production, a commissioned work by HAU Hebbel am Ufer, together with the visual artist and musician Mazen Kerbaj. This is how they describe “Borborygmus”:
1. A gurgling, rumbling, or squeaking noise from the abdomen that is caused by the movement of gas through the bowels
2. A sound indicating shortage or saturation
3. An unintelligible discours
4. An embarrassing – albeit not dangerous – situation
5. A piece about all the above and more
Apparently, it is about disillusion and failure; about three human beings, three artists, who have surrendered to the sad reality of today. But in fact, it is an attempt to grasp our failure and push it to its extreme, as an ultimate form of resistance. Fiercely but without rancor, Kerbaj, Madjdalanie, and Mroué perform a score about the world today, a black comedy, a requiem for the living.

Florian Malzacher is an independent curator, writer and dramaturg. He was artistic director of the Impulse Theater Festival (2013-2017), and before that head dramaturg/curator of the festival steirischer herbst (Graz). He has published various books, including on Rimini Protokoll and Forced Entertainment. A volume on the Nature Theater of Oklahoma will appear in autumn, as well as “Gesellschaftsspiele.Politisches Theater heute” (both on Alexander Verlag).

After the performance on 16 May: Artist Talk / With Lina Majdalanie, Mazen Kerbaj, Rabih Mroué and Florian Malzacher

Commissioned by HAU Hebbel am Ufer, Walker Art Center (Minneapolis) Co-production: Mousonturm (Frankfurt), Wiener Festwochen. Supported within the framework of the Alliance of International Production Houses by the Federal Government Commissioner for Culture and the Media and by Rosa Luxemburg Stiftung – Beirut Office.