Music is not language. Neither is it painting. Just music.

Open one hour before the performances and during the intermissions
Part of “Bildet Nischen! Rückkopplungen aus dem Zodiak Free Arts Lab” 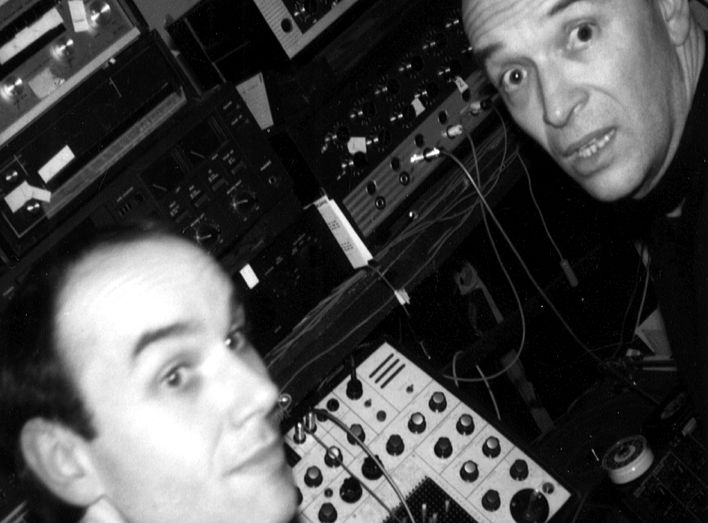 Conrad Schnitzler and Wolfgang Seidel had worked together since the early 1970s, when Seidel became a fellow musician in Schnitzler's free improvising group Eruption. Shortly before Schnitzler's death in 2011, he gave Seidel a hard drive containing his archive. One piece turned out to be a spoken-word recording, named “CONtext”, in which Schnitzler describes his musical philosophy – in a performative lecture with much humour. Around this kind of manifesto, Seidel, inspired by recordings of Eruption, arranged a spatial sound installation for eight boxes: “Music Is Not Language. Neither Is It Painting. Just Music.” will be heard for the first time in the envisaged 8-channel installation for “Bildet Nischen!”. Edition Telemark label released a version mixed on two channels as an LP in spring 2021.