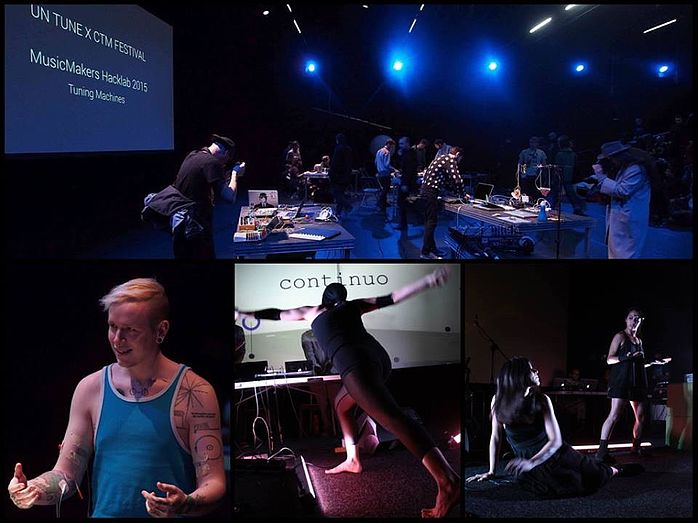 The MusicMakers Hacklab is a weeklong open, collaborative laboratory hosted by Peter Kirn of Create Digital Music. Now entering its 5th edition within the CTM Festival, Hacklab brings on co-host Byrke Lou to lead an examination of the interweave of the self with technology. What can we say about the relationship between these objects and the rational? The phrase “expression” is commonly associated with musical technology, but what is being expressed, and how? In the 2017 Hacklab, participants explored the irrational and non-rational, the sense of mind as more than simply computer, delving into the deeper frontiers of our own human wetware.

The culmination of a week of collaborative development at the MusicMakers Hacklab sees participating artists move from the laboratory to the performance venue. Just-created performance designs, circuits, code, and ideas will be put to the test in front of a live audience as a multidisciplinary group of creative performers share the work they've constructed over the course of the CTM festival week. Expect new work in live musical performance, movement, visuals, and surprises.

The MusicMakers Hacklab at CTM 2017 is supported by Native Instruments and the SHAPE platform.

The MusicMakers Hacklab at CTM 2017 is supported by Native Instruments and the SHAPE platform.