On the Integrity of the Body (Day 3) 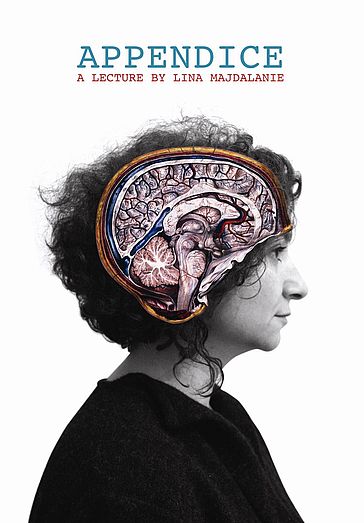 Zhenya Zakhar is a professional tattoo artist based in Ufa – Republic of Bashkortostan. Based on an early self-taught approach, she maintains today a artistic-activist practice that focuses specifically women who have experienced domestic violence. She explains: “Many women with scars addressed me, but they were 'just' customers and after getting their tattoo would leave silently. Now, when I cover the scars for women for free, they tell me their stories. And every time a scar is closed and becomes invisible by a tattoo instead, they cry. And I'm crying. Even if the scar is very small, it defines how many women would perceive themselves. Thus, my task is to listen and to allow for these women and their bodies to re-orient themselves.” In her lecture, Zhenya Zakhar will present her practice as well as the cultural context that it is embedded in. On this basis, she will open up broader questions on the corporeality and vulnerability of bodies in the experience of domestic violence and the role and status of aesthetics in the context.

Cochlear implants are the first available commercial sensory prostheses. These enable people with profound hearing loss to perceive sound. The implants comprise of a long electrode that is inserted into the cochlea through a hole in the skull, a signal receiver that is placed under the scalp, and a digital processor that analyses sound algorithmically and converts them into electrical charge. During an invasive surgical process the biological sensory infrastructure is often lost and replaced by the electrode which emits electrical pulses onto the exposed nerve ends. As these implants are designed for speech, music and complex sounds become harsh and dissonant. As Cochlear Implants are more widely available they are predicted to be connected to mobile web, location-aware and to benefit from cloud computing and AI. Services such as instantaneous inner ear translation are therefore not far away, as our senses become mediated by digital processes.

The artist Tom Tlalim will talk about his work with Cochlear Implant users, and discuss whether subjectivity and sensory experience might soon become mediated and whether the human sense itself might become a contested space in which the health services, biomedical industries, and finance may soon compete for influence on our bodily sensory apparatus. He will connect these biopolitical questions to the broader debate on the integrity of the body, referring to examples from his project, Tonotopia: Music for Cochlear Implants, that is currently on show at "The Future Starts Here" in the Victoria and Albert museum in London. The work includes recorded interviews sonic artefacts, objects, stories and experiences that carry meaning for the participants as they negotiate their hybrid sonic experience.

Tom Tlalim is an artist, musician and writer whose work explores the relation between sound and political power. His practice includes installations, sound art, films and text. His recently-completed PhD at Goldsmiths, entitled “The Sound System of the State”, received full funding from the Mondrian Foundation. His artwork examines sonic artefacts, voice and spaces as ideological devices. He holds MAs in Composition and Sonology, and works as a Senior Lecturer at the faculty of Arts of University of Winchester. Tlalim’s work received numerous grants and is regularly exhibited internationally. Recent exhibitions include “The Future Starts Here” at the Victoria and Albert Museum in London, “Art in the age of Asymmetrical Warfare” at Witte de With in Rotterdam, “Hlysnan” at Casino Luxemburg, The Venice Architecture Biennale (with Susan Schuppli / Forensic Architecture). The Marrakech Biennale, and Stroom The Hague. His film was nominated for the Tiger award at the International Film Festival Rotterdam, and his regular collaborations with the choreographer Arkadi Zaides are performed widely to critical acclaim.

50 Min. / In French with German and English surtitles

"I once heard that in hospitals, when a diseased organ is excised from a patient's body, or when a member is amputated, it is incinerated. This inspired in me a demonic idea."

Religious provisions make it impossible to have a corpse cremated in Lebanon. In "Appendice", Lina Majdalanie describes her radical decision to sidestep the law and nevertheless have her body abandoned to fire: she plans to have all her organs removed bit by bit and the limbs amputated and sold as art objects. The degree to which the performer methodically pursues these thoughts and in doing so focuses on the degree of violence, which religion and the state exert on the bodies of individuals, is fascinating and shocking. As in her many collaborations with Rabih Mroué, Majdalani’s performance blurs the boundaries between personal life, art and politics.

By viewing the video you agree that your data will be transmitted to and that you have read the privacy policy .