The Call A Spy Show 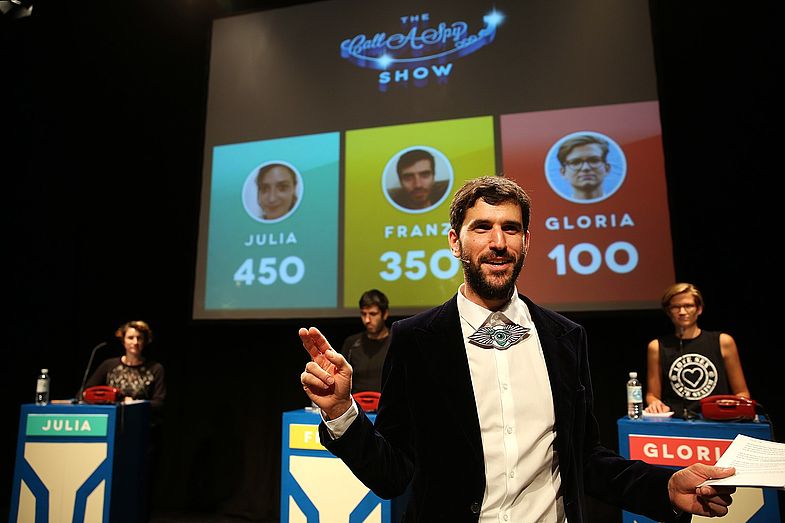 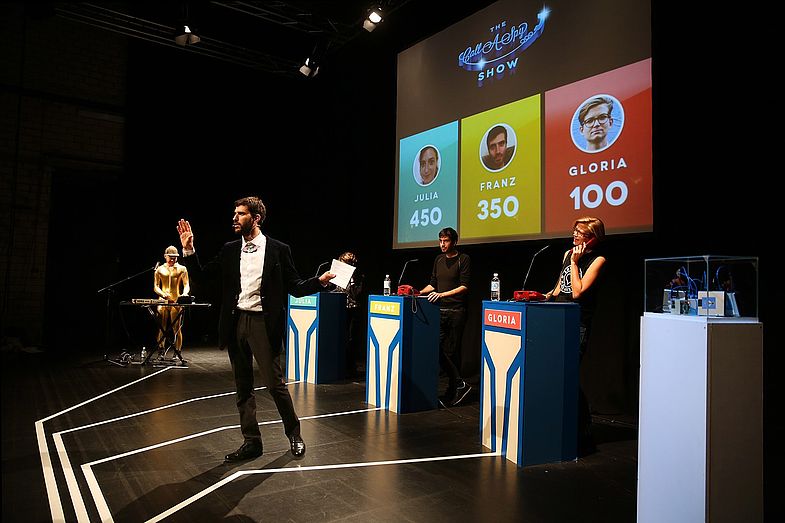 Since the 2013 revelations from Edward Snowden, we have known that we are are under constant surveillance through all of our digital communication. Secret service agencies invade our private spheres and collect and analyse our intimate data. As each year passes, new technologies enable more data to be collected and surveillance increase in the name of national security. But what do we know about the people spying on us?

Part performance, part subversive political intervention, The Call-a-Spy Show will take you on a thrilling and daring ride into the psyche of spies.

Three contestants stand on stage, a phone before each of them with access to a database of authentic phone numbers which reach the internal desks of secret service agents at the NSA, FBI and and other American intelligence bodies. Supported by the audience, the players embark on a search for humanity and moments of authentic interaction with some of the most mysterious members of our society. The goal is to make them laugh, make them cry, but just don’t let them hang up!

Housed within the entertainment conventions of the game show, the evening troubles the asymmetrical power relationship that exists between Big and Little Brother. Suddenly, we are the ones exercising power on the agencies, and they don't know what's going on. The audience gets to play the role of eavesdropper, listening in on the mischievous conversations.

The calls are generated by the Call-A-Spy system and randomly picked up from a database of 10.000 desk numbers of surveillance agents. The spies don't know who is calling and the contestants don’t know who they are talking to which makes for constant surprise and improvisation.

As part of the event series "Spy On Me" the show comes for the first time to Berlin, Peng's hometown and the capital of Spies.

After the performance on Jan 23: Artist Talk with Arne Semsrott (Open Knowledge Foundation) In English