Ceremony: The Return of Friedrich Engels 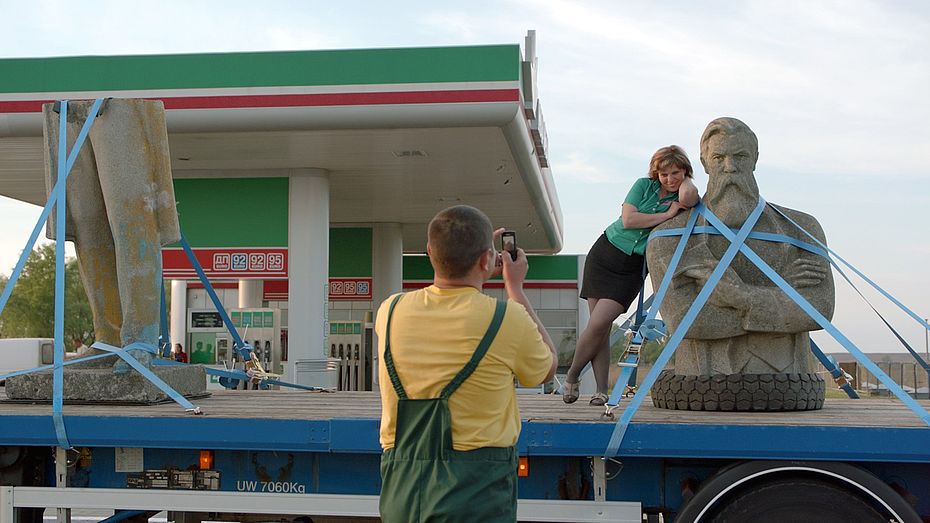 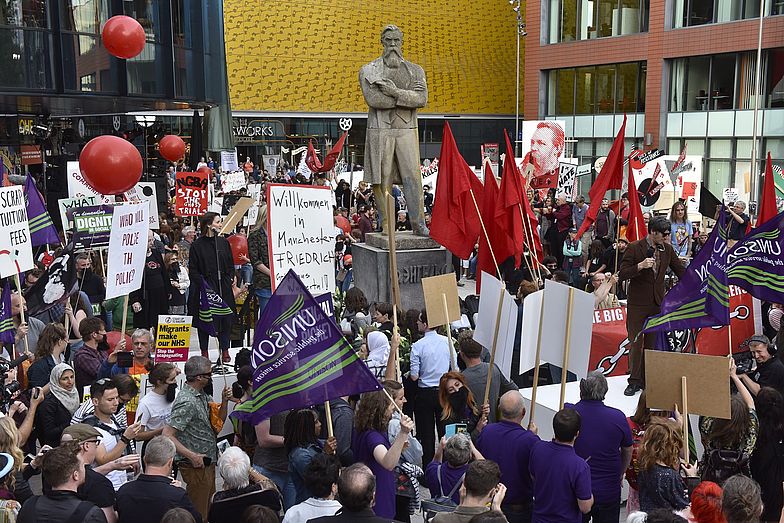 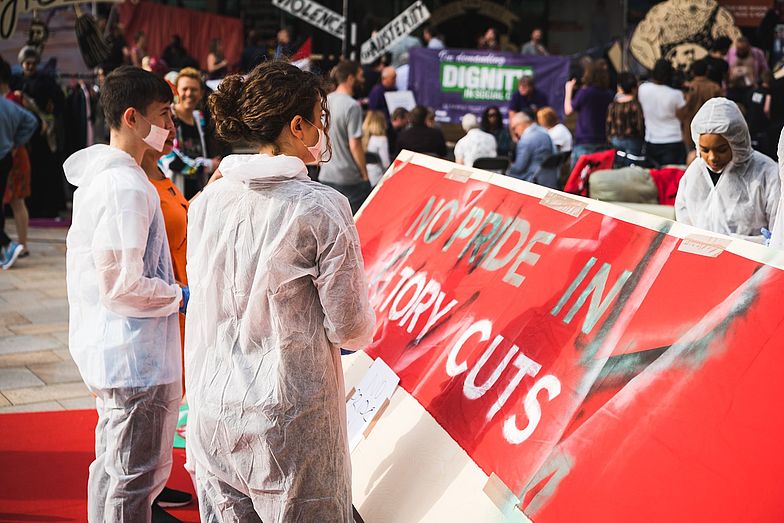 The Russian Revolution took place in 1917, in a country exhausted by the First World War. The event shaped the political landscape of the 20th century. But it was in Manchester—the world’s first industrial city—not in Imperial Russia that the idea of communism was born. Friedrich Engels, co-founder of communist theory with his friend Karl Marx, lived in Manchester for more than 20 years. His seminal work The Condition of the Working Class in England is a searing indictment of early capitalism’s ruthlessness and exploitation based on his observations of Manchester’s slums, child labour, environmental devastation, and the indignity of workers’ lives.

The award-winning artist Phil Collins returns to HAU Hebbel am Ufer with the German premiere of his film "Ceremony". Last summer he returned Engels home to Manchester, in the form of a decommissioned Soviet-era statue which he brought from Ukraine and inaugurated in the city centre as a permanent monument. Over the course of a year, Collins collaborated with local organisations, activists and communities to explore Engels’ legacy in austerity Britain and the lives of workers today. Collins describes Ceremony as ‘the search for a statue of Engels and its long journey, the everyday stories of people from Manchester, and a homecoming party to inaugurate the statue’.

At the inauguration a crowd of thousands gathered to take part in a live event which included short films, scripted performances, a  soundtrack by Demdike Stare and Mica Levi, a new workers’ anthem by Gruff Rhys, and Engels Exchange — a one-day transformation of the ‘privately owned public space’ into a realm of shared ideas, experience and the kind of good time which Engels loved.

A film interweaving different strands of the project was broadcast on the BBC as part of a season marking the centenary of the Russian Revolution. In harrowing times for so many Engels’ insights correlate to our contemporary situation with an alarming accuracy, making it crucial more than ever to remember the spirit of solidarity and dignity which beat at the heart of his work.

Phil Collins: why I took a Soviet statue of Engels across Europe to Manchester The Guardian, 30.6.2017

Supported by Arts Council England’s Ambition for Excellence, the Henry Moore Foundation and My Festival Circle.