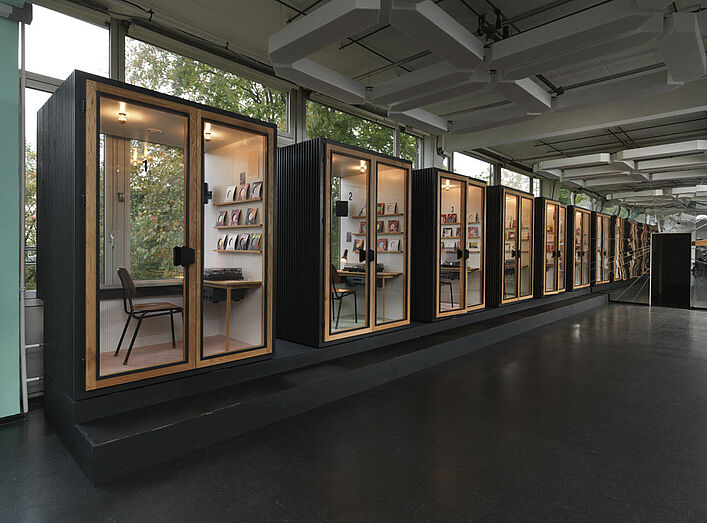 Since the 1990s the focus of Phil Collins’s diverse work has been the position of the individual and of the collective in our image-dominated society. Characteristic of his approach is a close engagement with place and communities, which over the years have included disco-dancing Palestinians, fans of “The Smiths” across three continents, the youth of Baghdad, and a survival station for the homeless in Cologne. Works by Collins have been shown in museums, galleries, and at film festivals worldwide. His works can be found in public collections such as those of the Museum of Modern Art and the Metropolitan Museum of Art in New York, and the Tate Gallery in London. At HAU Hebbel am Ufer his installation “my heart’s in my hand, and my hand is pierced, and my hand’s in the bag, and the bag is shut, and my heart is caught” was shown already several times. Furthermore, HAU presented his film “Tomorrow Is Always Too Long”. Collins lives and works in Berlin. He is Professor of Video Art and Performance at the Academy of Media Arts in Cologne. His newest manga-film-piece is a commissioned work by Bergen Assembly in cooperation with HAU Hebbel am Ufer and is shown at the festival “The Aesthetics of Resistance – Peter Weiss 100”.