LES PETITES MORTS - all my holes are theirs 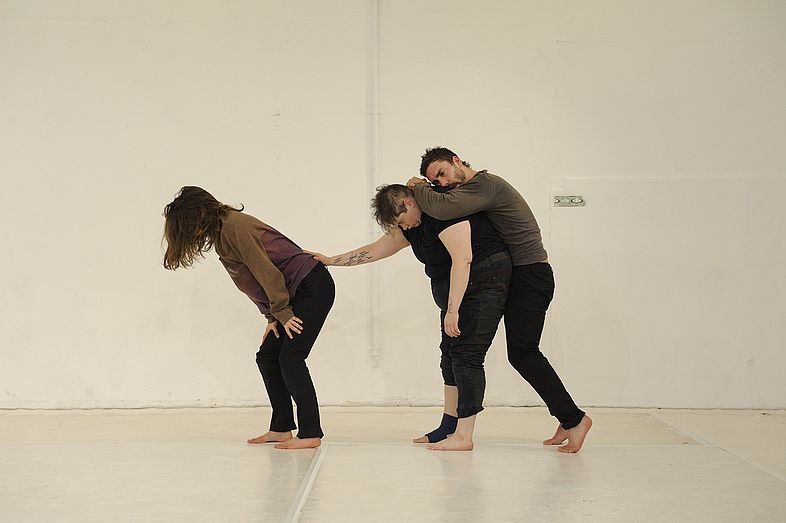 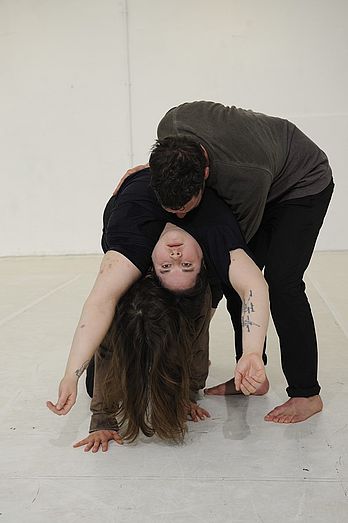 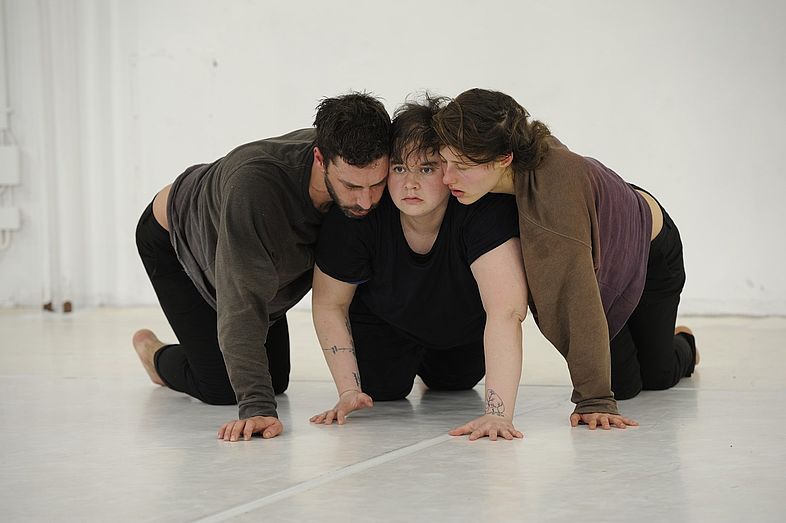 Can you make yourself disappear through excessive devotion to a third person? Practically relinquishing yourself to your own dissolution? And what does this mean for this third person’s visibility? Can the “egocentrism” of three performers transform into intimacy, can identities be dissolved and can other forms of co-existence be achieved? Can you die for someone else? “all my holes are theirs” is a trio by Aleesa Cohene and Jared Gradinger/Angela Schubot. After “i hope you die soon” it is the second part of their project “LES PETITES MORTS”, an examination of the topic of death and dying. This piece is the attempt by two performers to disappear through radical devotion to a third. For Gradinger and Schubot, Cohenes become the sole existing universe. But “all my holes are theirs” is also an intimate solo by and for Aleesa Cohene, who appears on stage as a dancer for the first time in this project.

Further performance 26 April as part of the Schubot/Gradinger-Marathon.
part of "SOON YOU ARE THEIRS" – A retrospective festival by Jared Gradinger and Angela Schubot