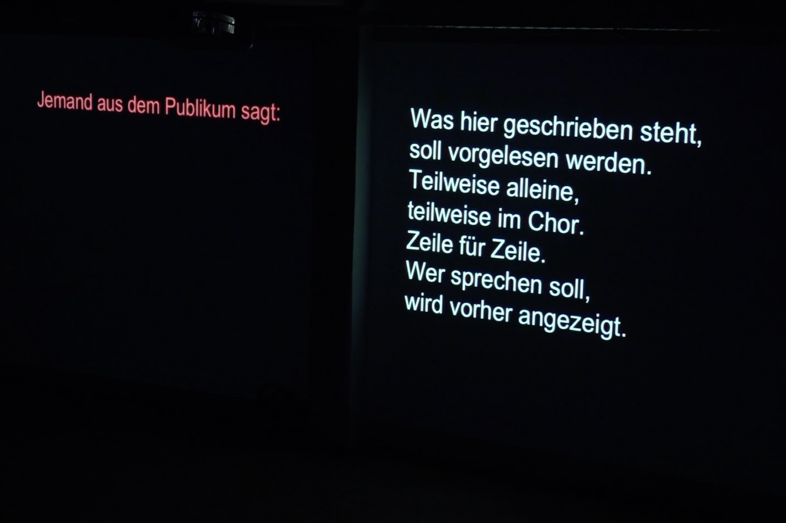 As part of the “Berlin bleibt! #4” festival, She She Pop will present “Chorstück” (“Choir Piece”) – a collective, monologue projected on a large scale at Mehringplatz, where it will be performed spontaneously by residents, passers-by and workers. They will raise their voices and discuss the square's comeback. What they love and what annoys them. What they're hoping for. What they're demanding. What they've lost or found there.

Those present will divide themselves into ever new choirs: the choir of residents, the choir of workers at the square, the choir of the involved, the choir of the elderly and the gentrifiers. Collective ways of speaking and spontaneous action allow the audience an interplay between isolation and association, anonymity and public confession. The community will present itself through the open negotiation of its differences.

A project by She She Pop within “Berlin bleibt #4 – Treffpunkt Mehringplatz”, a festival by HAU Hebbel am Ufer. Funded as part of the Alliance of International Production Houses by the Federal Government Commissioner for Culture and the Media. Supported by: Gewobag.