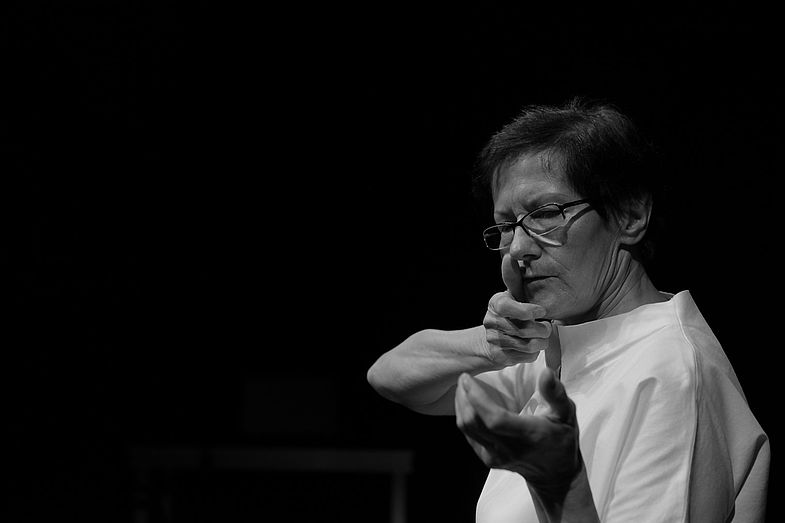 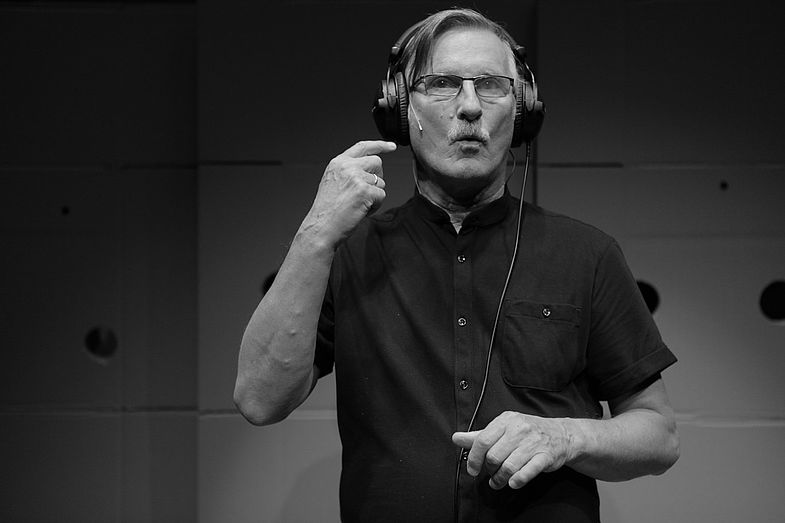 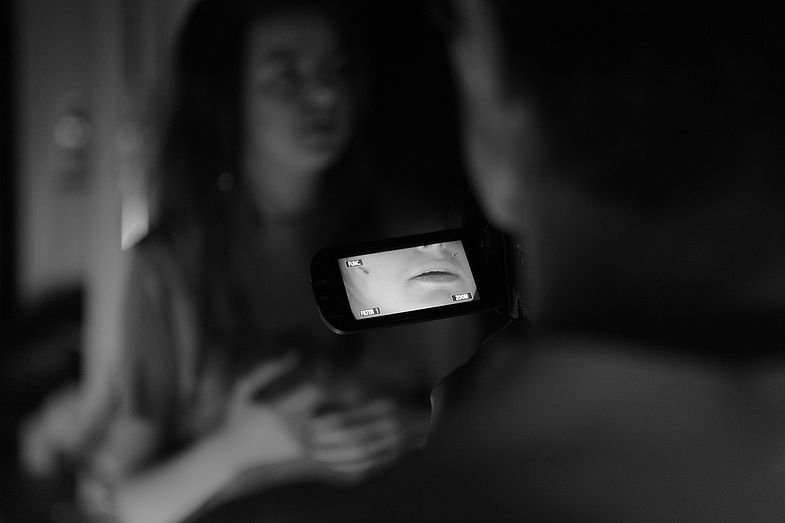 “The limits of my language mean the limits of my world.“ With this sentence in the back of his head director and artist Wojtek Ziemilski started working on a piece for four performers with hearing impairments. And he realised how true this sentence actually is. His own language appeared to him increasingly inadequate. When people talk to each other in sign language, they look into the other’s eyes and not at their hands. Their language is more than a sequence of mechanical hand signs – they speak with their entire body. Consequently sign language became the perfect dramatic medium for Ziemilski, as a sort of performance quite similar to dance.

In “Jeden gest“ four women and men tell their personal stories. They convey how their hearing impairment affects their lives and how they deal with their situation. All of them found it difficult in their childhood to adapt to the world of those who could hear and who perceived not hearing only as a deficit. They had to learn lip reading. Sign language was strictly prohibited. Only in secret the children talked to each other in sign language. Sign language for them means freedom. But “Jeden gest“ is more than just an interesting lesson about the reality of a minority. This performance takes the audience on a journey of a fascinating, unknown world of language. A world in which communication is an event of gesture, facial expressions, rhythm and movement – something that has to be seen to be understood.