Part of “On Violence” 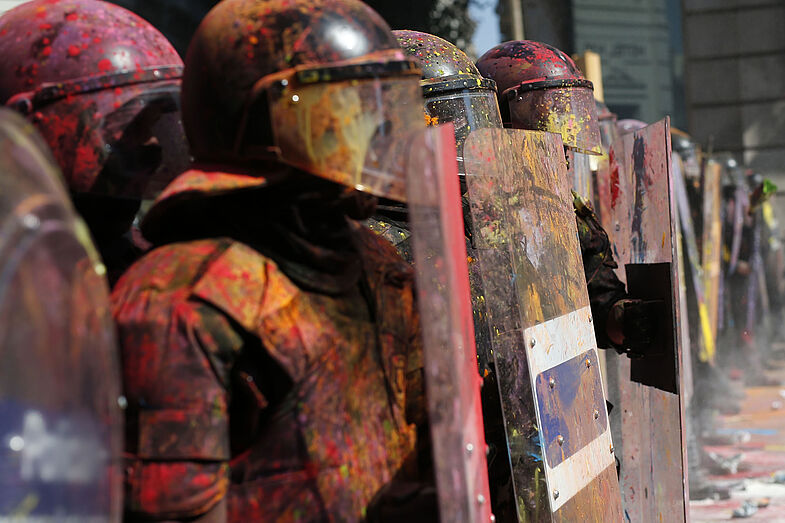 “Abolitionism” refers to a theoretical, political and social movement that advocates overcoming state institutions of violence such as prisons and police. Ultimately, the history of violence in modern societies is inextricably linked to the issue of the state’s monopoly on the use of force. In “On Violence #4”, central abolitionist initiatives from Germany come together to talk about the call to dismantle this monopoly on violence, based on the reader “Abolitionism” (Suhrkamp) edited by Vanessa E. Thompson and Daniel Loick: Copwatch_ffm, Abolish Frontex, Women in Exile and Ihr Seid Keine Sicherheit discuss, in the tradition of struggles against the enslavement of Black people, the racist history of state apparatuses of violence and their entanglement with forms of capitalist exploitation and patriarchal oppression.
In preparation for the live discussion, there will be an online lecture with Vanessa E. Thompson and Daniel Loick on 17 November.

A cooperation between HAU Hebbel am Ufer and Akademie der Künste der Welt (ADKDW). Supported within the framework of the Alliance of International Production Houses by the Federal Government Commissioner for Culture and the Media.