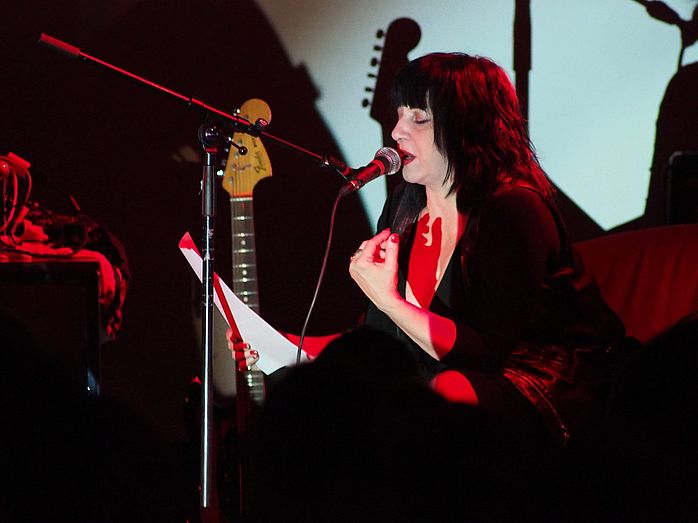 The legendary singer, writer, poet, actress and now also self-help guru Lydia Lunch is Thomas Meinecke’s guest for the first Plattenspieler of the new year. Lunch moved to New York at 16, where she befriended Alan Vega and Martin Rev, started the band “Jesus and the Jerks” with James Chance Teenage, worked with artists like Thurston Moore and Kim Gordon and appeared in films by Richard Kern. Lydia Lunch has made a name for herself as one of the most audacious women in the history of punk.