Plattenspieler with Thomas Meinecke and TRAXMAN 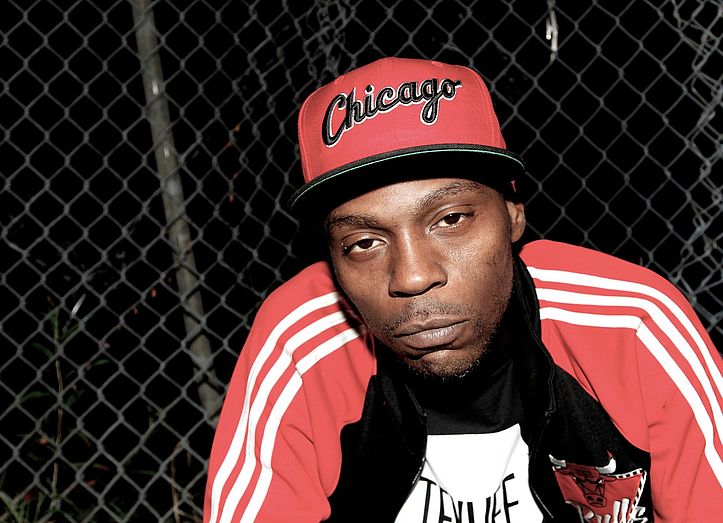 Traxman is Cornelius Ferguson, a legend of the Chicago dance scene thanks to his pioneering work in the fields of ghetto house and juke. Active since the mid nineties, he is part of the Geto DJz and the late DJ Rashad & DJ Spinn’s Ghetto Teknitianz cliques and has long been one of the primary driving forces behind footwork with releases stretching back to the Dance Mania heyday. This West Side talent’s music is imbued with a very real sense of soul, funk and streetwise swagger and as a DJ has an unrivalled knowledge of his art. Because of this, the last couple of years have seen him break out of his native Chicago scene to become a star all over the world, in the process making footwork and juke into household genres as popular in places like the UK as they are on the streets of the Windy City.

His own productions on labels such as Dance Mania, Ghettophiles, BTB and Moveltraxx, as well as more recently Planet Mu, rely on genius sampling as well as hypnotic drum programming, kinetic percussive patterns and plenty of natural funk. His tracks like ‘Get Down Lil Momma’, ‘Let’s Get Diz Party Crackin’ and the legendary ‘Pacman Juke’ are all definitive offerings that very much prove that Traxman is in a class of his own, and has been since day one. The recent compilations put out by Planet Mu – Da Mind Of Traxman Volumes 1 and 2 – have shown that twenty years after first starting out, there is still no one quite like Traxman.

Traxman "Thay Act Like Thay Don't No"
An event series by HAU Hebbel am Ufer.