Oratorio – A collective meditation on a well-kept secret 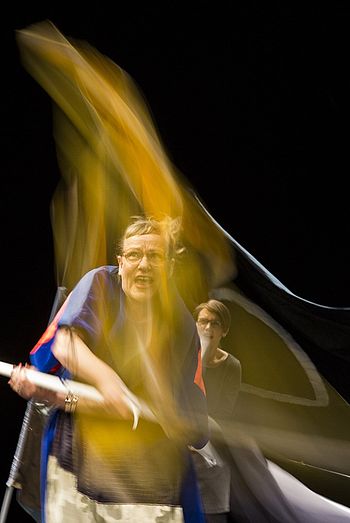 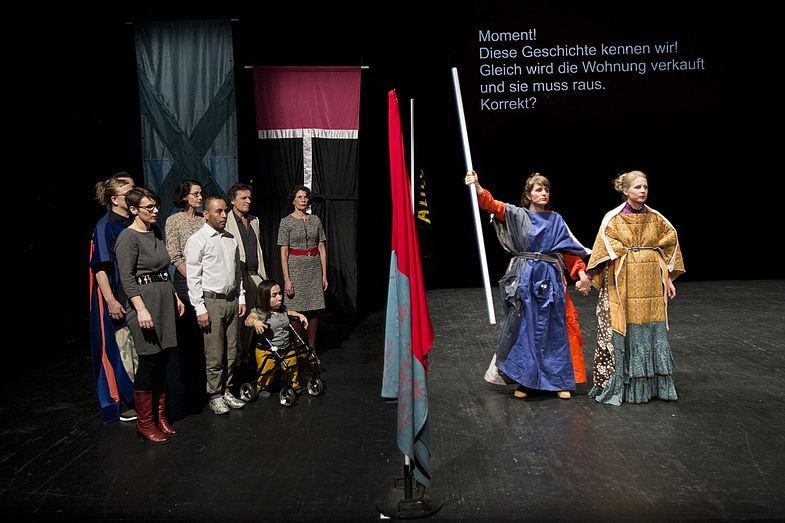 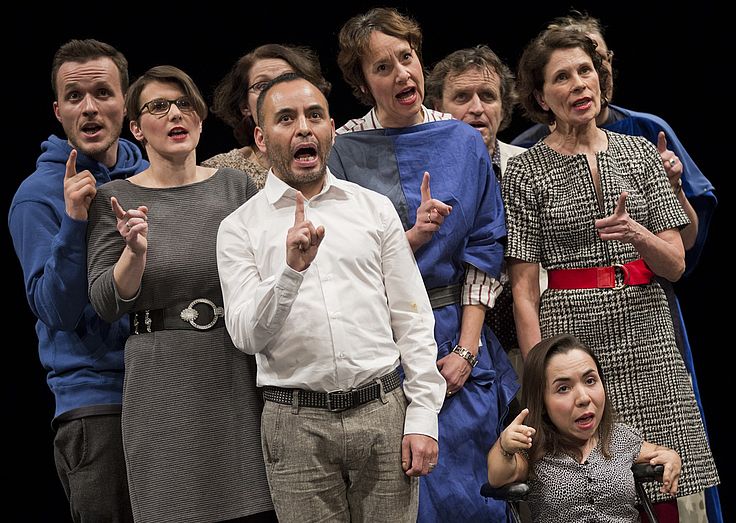 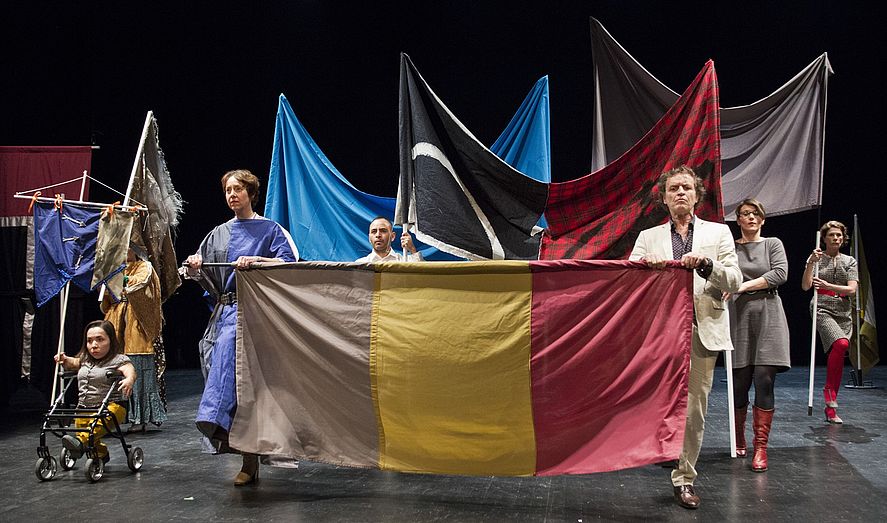 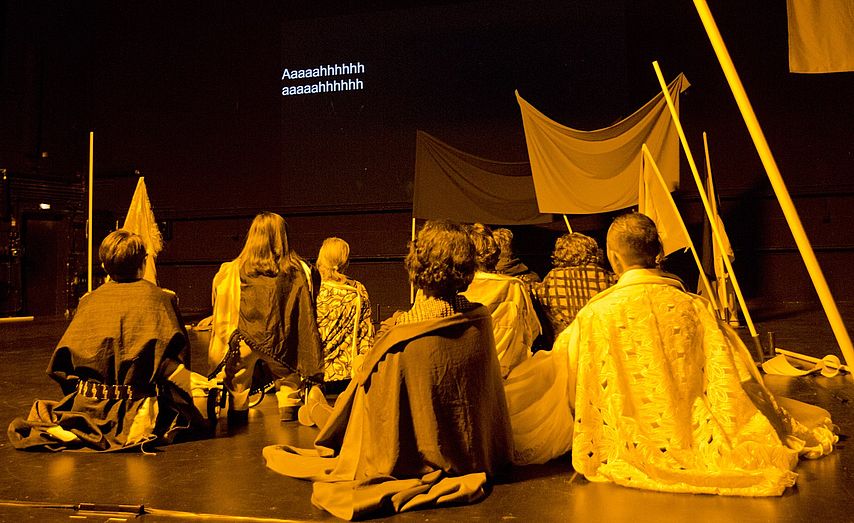 Property changes consciousness. It divides friends, gives one person power over others and excludes. Property is taken for granted. And people don’t talk about it. Nothing is so constitutive of our society, or our lives together; nothing has such a divisive effect on our community as property. With “Oratorium”, She She Pop wants to air the secret of property, to drag it out onto a stage.

It is said that Western theatre began with the protagonist Thespis, who stepped out from the choir 2,500 years ago. But you could also say: it was the moment that the stage was privatised. Since then, the individual has been consistently overrated, overburdened and emotionally exploited. “Oratorium” would like to shed some light on the context of the bourgeois public, property and democratic empowerment.

Together with each choir of local delegates and their audience, She She Pop will start a discussion on property and examine their own relationship to ownership, the distribution of goods and its related problems. Inspired by Brecht’s Lehrstücktheorie, they develop rules for a dialogical theatre show and form discordant speaking choruses, which renegotiate with each performance how we deal with property. Who is allowed to speak? Who is present, who is represented? A collective monologue emerges from the diversity of voices, discord, and occasional, momentary harmony.

“Oratorium” is a work-in-progress, which will premiere in 2018 at HAU Hebbel am Ufer in Berlin. First showings took place at Theaterformen 2017 in Hanover and subsequently also at the Konfrontacje Teatralne Festival in Lublin and the ACT Independent Theatre Festival Sofia. Now ORATORIO returns from its tour through Europe, during which it gathered momentary impressions of other economic microcosms and evolved intoa great polyphonic meditation at each stop along the way.

In 2019, She She Pop have been invited to the Theatertreffen in Berlin with their “Oratorium”. The statement from the jury reads: “One doesn’t talk about money. The performance collective She She Pop doesn’t bother with that rule, making private property, inequality and shame the topic of their piece. … She She Pop turns the audience into a choir with multiple voices. As always with She She Pop the political lies in the private, in biographical material.”

Funded by the German Federal Cultural Foundation, by the City of Berlin – Department for Culture and Europe and within the framework of the Alliance of International Production Houses by the Federal Government Commissioner for Culture and the Media.