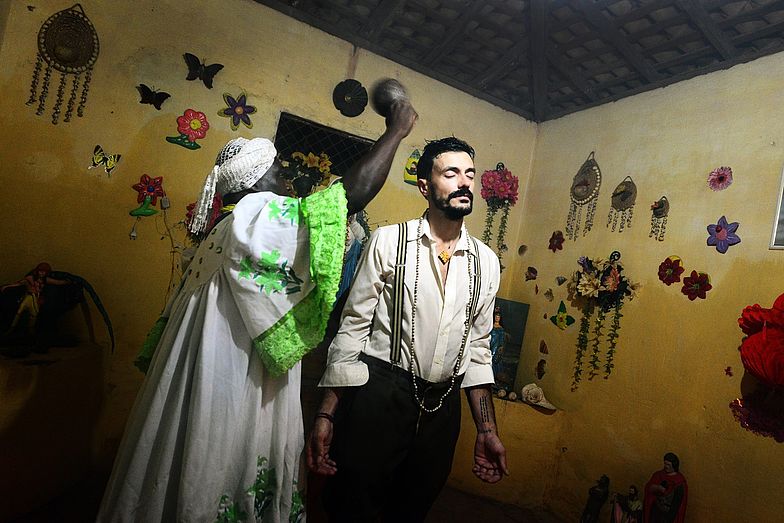 Vincent Moon is a wanderer, independent filmmaker and sound researcher devoted to the exploration of global music-making practices, from experiments in electronic music to local sacred rituals involving or centred on sound. Sufism in Chechnya or Ethiopia, Ayahuasca rituals in Peru, trance in Brazil, Jathilan in Indonesia and Len Dong in Vietnam—the broadness of Moon’s work has relied for decades on his own travels and experiences rather than on academics, and allows for thematic connections across eras and worlds. Commissioned by CTM, his multi-screen film installation will enlace themes of timeworn trance rituals and the sacred in modern life into a synthesis of new findings. Vincent Moon takes also part in the CTM 2016 Opening Concert.