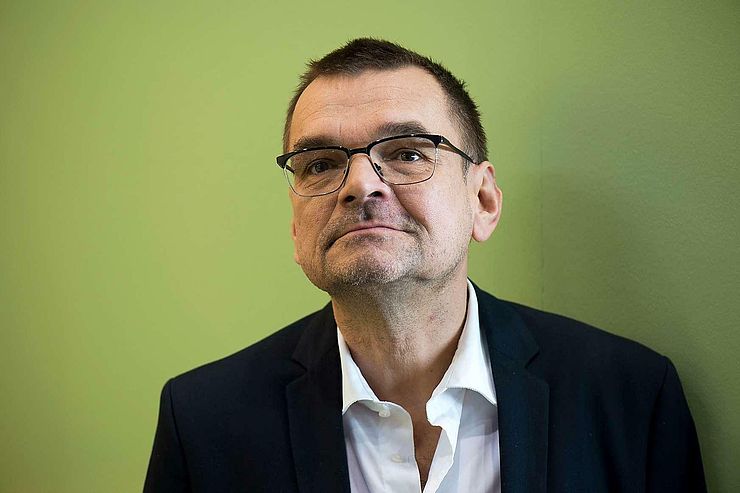 During the 1980s, Diedrich Diederichsen was editor and publisher of various music publications, including Spex, and in the 1990s he worked as a lecturer and guest professor in Frankfurt, Stuttgart, Pasadena, Offenbach, Giessen, Weimar, Bremen, Vienna, St.Louis, Cologne, Los Angeles and Gainesville. From 1998 to 2007 he was Professor for Aesthetic Theory/Cultural Studies at the Merz Academy (Stuttgart), and since 2006 he has been Professor for Theory, Practice and Communication of Contemporary Art at the Academy of Fine Arts, Vienna. In addition, he regularly publishes in tageszeitung, Süddeutsche Zeitung, Theater heute and Texte zur Kunst. His publications include “Eigenblutdoping – Selbstverwertung, Künstlerromantik, Partizipation” (2008), “Über den Mehrwert (in der Kunst)” (2008), “The Sopranos” (2012) and “The Whole Earth: California and the Disappearance of the Outside” (co-ed. mit Anselm Franke, 2013). He presented his latest book “Über Pop-Musik“ (2014) at HAU Hebbel am Ufer in March.