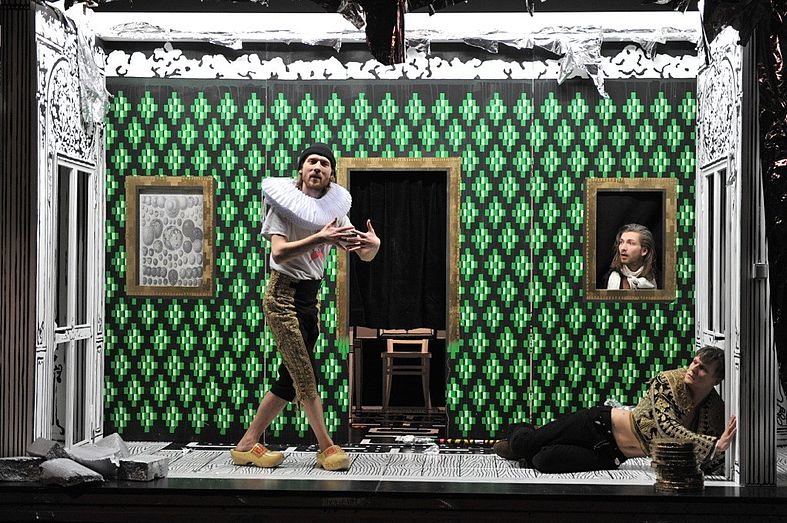 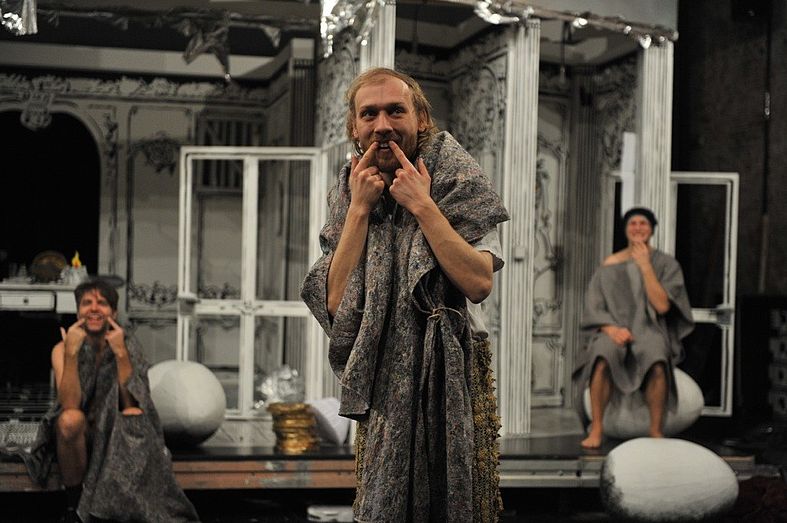 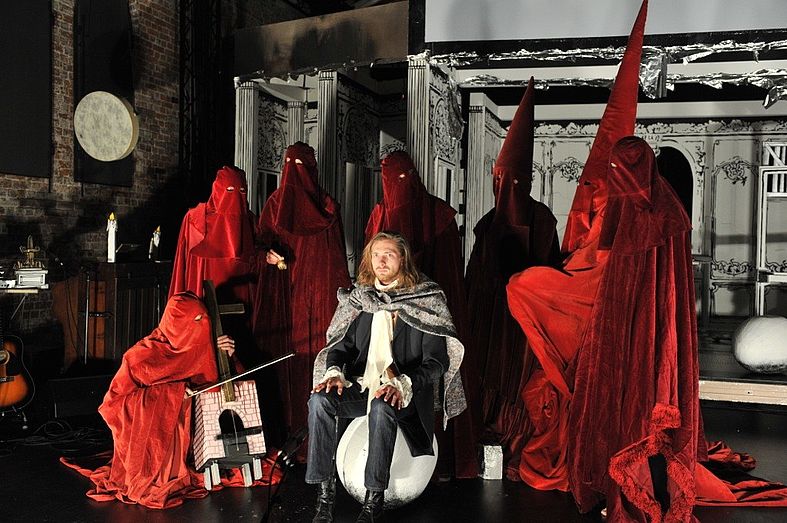 "How do you squat an imaginary space within an imaginary context?" Together with Dutch and Flemish theatre makers andcompany&Co. occupy the stage to rehearse the "Opstand". The historical reference point of their perfomance is the Eighty Years’ War (1568 to 1648). While the "Secession of the Netherlands from the Spanish Empire" (Friedrich Schiller) created the first European republic, Germans were writing plays about it: Schiller’s "Don Carlos" and Goethe’s "Egmont." Together with the Flemish theatre-maker Joachim Robbrecht andcompany&Co. proclaim a temporary 'transnational theatre', which combines the French political tract "The Coming Insurrection" and the world wide Occupy movement, in which the spirit of freedom is called upon, which was born 444 years ago in the Netherlands where it is being buried today. In historical costumes from past revolutions the actors enter the squatted stage: the Geuzen("beggars") are back! But this time not only the governor of Spain has to be afraid, but all of Europe, because what began as farce could end in tragedy.

The basis for the second episode of the discussion series "Phantasm and Politics" will be the performance "The (Coming) Insurrection according to Friedrich Schiller". To what degree should art not only give visibility and representability in the theatre to current social movements such as Occupy, but also abandon the aesthetic distance to empirical reality in order to be able to react appropriately to a social reality perceived as in crisis?

The participants in the discussion will be the art theorist Helmut Draxler, the theatre scholar Hans-Thies Lehmann, the Dutch media theorist Geert Lovink and Alexander Karschnia from andcompany&Co.(Wed, 27.02.2013, 20:00 / HAU1)
Phantasma und Politik #1