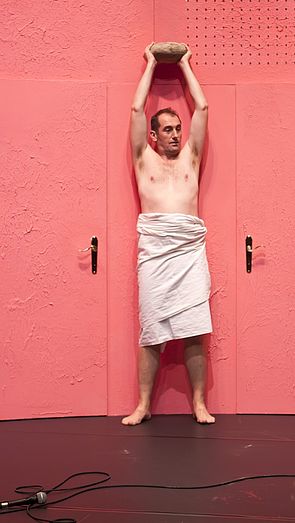 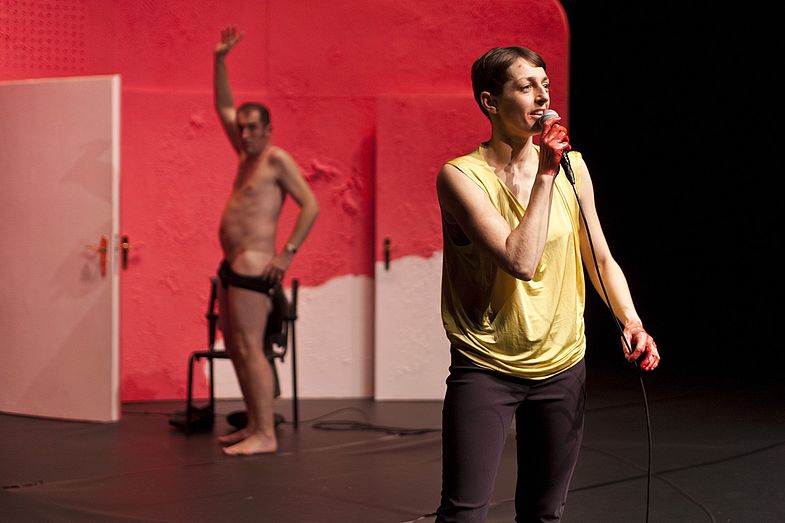 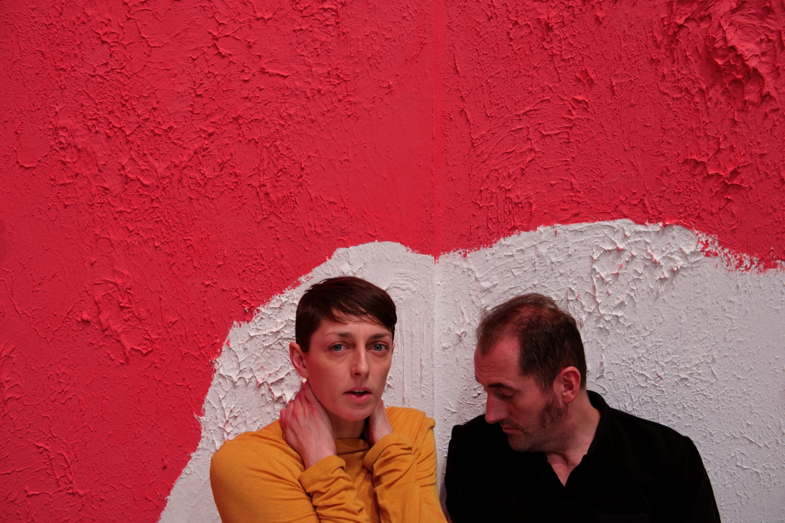 “Show & Tell” sets up an experiment that challenges the fragile relationship between what is said and what is done. Phil Hayes and Simone Aughterlony consider the supposed pecking order between these two modes of communication and establish a dialogical practice whereby sensing and sense making have equal status. What may initially seem like a forced separation is actually an invitation to the audience to experience two different kinds of attention. We encounter the (his)story of a body and a body evoking (her)story.

Phil and Simone do what they say, and they say what they do. This paradox is not redundant. It is a playful strategy. Starting from separate territories “Show & Tell” opens up a shared space for negotiation in which word and movement enter into a complex politics of interaction outside of habitual hierarchies. While she articulates as many bodies he tries to hijack the organism of the audience in a heartbeat. Contaminating his voice with her presence she is taken apart and away with its suggestive meandering.

Both storyteller as well as show(wo)man, she and he map out the generic hi/stories of a possible body that is never simply given as a whole, but steps into our consciousness mostly in moments of break down. This body is the silent protagonist, the imaginary third of this duet. Its biography inscribes in eloquent scars and significant sicknesses. It bleeds and heals, grows and falls apart – authentically spectacular. Or was it fantastically real?

After the performance on 19 April: Talk with with Bettina Knaup, Simone Aughterlony, Phil Hayes.