1. Word Play I on Friday

Freeka Tet presents an audio-visual performance of glitch electronics and distortion, called “Uncanny Valley”. Taking its title from Japanese roboticist Masahiro Mori’s essay on non-humanoid robots generating empathy, rather than the terror any extreme resemblance could otherwise provoke, the artist films himself while adding real-time effects to his image emulating this very horror. Steph Kretowicz 's performative live and cross-media reading, “Dear (Insert Name Here)” reflects on communication and language as both a tool for openness and intimacy, as well as of deception and evasiveness. Building on her literary non-fiction practice and cross-disciplinary work in distributed storytelling, the writer, editor and journalist examines her relationship to her self and other people through an unreliable open letter to a past love.

Alpha Maid ’s punk-informed guitar music echoes the post-hardcore convulsions of early-90s Nirvana or turn-of-the-21st-century Fugazi and Shellac. Interrogating themes of surveillance, control and power, she brings her updated and intensified rock music together with electronic elements speak of the social anxieties specific to the her environment. Claudia Pagés’ “Arrela’t nena, arrela’t” is a story written and spoken through scenes in which the language and objects of what she calls the “self storage logistics punk 2019” of app-driven economies are gleaned. The text traces the city routes and systems of distribution and circulation that shape the city. 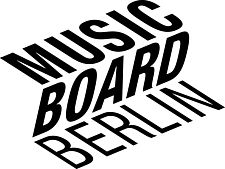