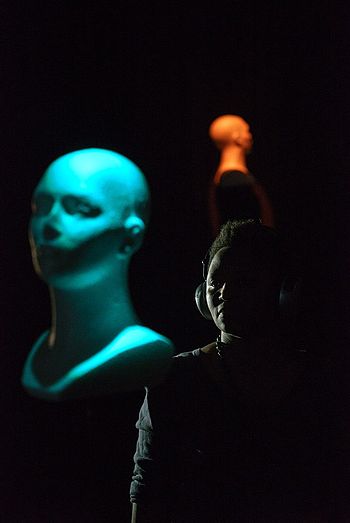 With Sogokuru, Aurélie Nyirabikali Lierman researches (modern) forms of animism, and how animistic worldviews have managed to survive in spite of severe oppression through heavy colonization. Herself born in Rwanda but raised in Belgium, Lierman takes direct inspiration from a series of life-changing encounters with her 108-year-old grandfather, one of the last living Rwandan traditional hunters and doctors that has seen the pre-colonial country of his childhood pass through two colonization events (German and Belgian), the 1950s revolution for independence, the genocide and post-war massacres of the 90s, and the country's present-day turmoil. Lierman's family visits have resulted in an ongoing investigation into the soundscape of contemporary urban and rural East Africa, and of her native region of Virunga in particular. The piece takes its name from the Rwandan word for “grandfather”, an honorable, loving term used in the country’s pre-colonial gerontocracy. The work was one of two winning projects selected for the CTM 2019 Radio Lab, which sought unusual explorations of the artistic possibilities of radio and live performance or installation mediums,

Through “A Series of Gaps Rather than a Presence”, artist and sound researcher Pedro Oliveira will offer an artistic, decolonising framework for investigating what he calls the “colonial politics of sonic biometrics.” Oliveira examines acts of collecting, ranking, taxonomizing, and normalizing vocal traits and their subsequent weaponization in the border-industrial complex. Through vocal performances using content from voice recognition and accent recognition databases, Oliveira builds a new form of anti-archive sonic insolence.