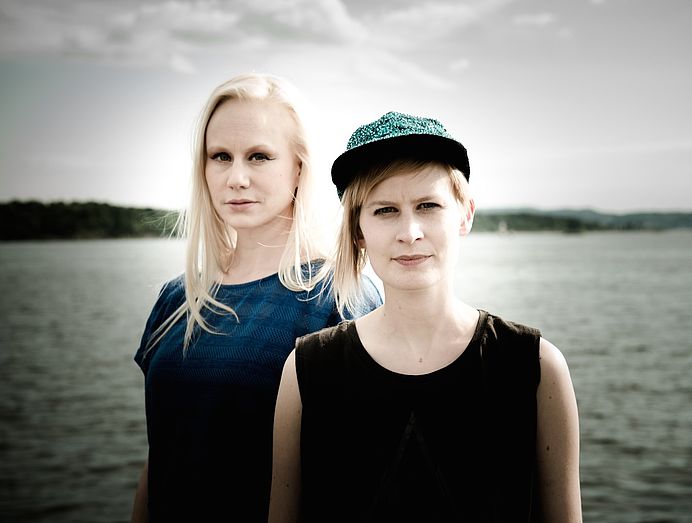 In “Meshes of Voice,” Jenny Hval and Susanna, two of the strongest and also most opposing Nordic voices around today, weave a complex narrative. Whereas Hval’s solo work goes to great lengths to disturb with kinky tangles of body, gender, sexuality, and mind, Susanna strides through vocal landscapes of grace and stark austerity. Together, however, these two powerful singers create a powerful effect and provoke the question: “do voices merely interact, or can they do more than that? Can two voices become one?” (The Quietus) Supported by a 3-piece band, the duo weaves a surrealistic choral saga that begins as the narrator wakes to find “I have lost my soul” at the bottom of a lake. Their tale twists through vast dream states, mythological allusions and impressionistic analogies, matched with a web of monumental ballads, harsh noise topographies, and fragmented art-rock.

Alongside Jenny Hval & Susanna’s “Meshes of Voice” project will appear Canadian-born rising pop experimentalist Lydia Ainsworth. Trained as a film scorer and composer, Ainsworth decided to collect the pieces of recreational pop she’d been haphazardly creating in her free time between film composition engagements. The result, her debut album Right from Real (Arbutus Records, 2014) is a network of atmospheric, dramatic, and vivid soundscapes; although her pop constitutes a break from the professional obligations of film scoring, they’re inseparable from that skill and cut from the same cloth in their ability to evoke, amplify, and accompany.

Supported by the Embassy of Norway.