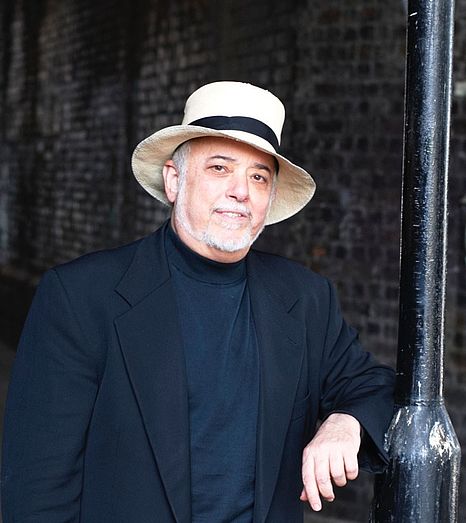 Craig Leon is best known for having launched the careers of many artists. The Ramones, Blondie, Richard Hell, and Suicide all owe their unique sound design, perceived as completely new and strange at the times of their release, to his studio wizardry. Even further out there, however, are the sounds Leon designed for his own now legendary solo synth albums, Nommos, released on John Fahey's Takoma label in 1980, and Visiting (Enigma, 1982). Both were re-released in the summer of 2014 as Volume 1 of the Interplanetary Folk Music series by NY-based RVNG International. Nommos is a concept album inspired by the creation myth of the Dogon tribe of Mali. Through cosmic sound washes and metallic polyrhythms that fall in and out of phase, Leon transports listeners to the birth of an entirely different universe descended from amphibious, hermaphroditic alien visitors, which the Dogon named Nommos. Says Leon: “it's not an overt attempt at African music, but it does use very basic African rhythms as a root. I tried to get the earliest things we had on the planet, not in terms of sounds, but in terms of the simple modal chords and melody lines." (interview with The Wire). For CTM 2015, Craig Leon presents the German premiere of Nommos in collaboration with Cassell Webb and an acoustic ensemble made up of Ekkehard Windrich and Emily Yabe (violin), Nikolaus Schlierf (viola), Cosima Gerhardt (cello).

Warsaw-based musician Piotr Kurek uses old keyboards and newer electronics to straddle the worlds of free jazz, musique concète, psychedelia, and drone. His work is presented in conjuction with long-time CTM partner Unsound as a part of an effort to expose promising young experimental musicians from Poland.