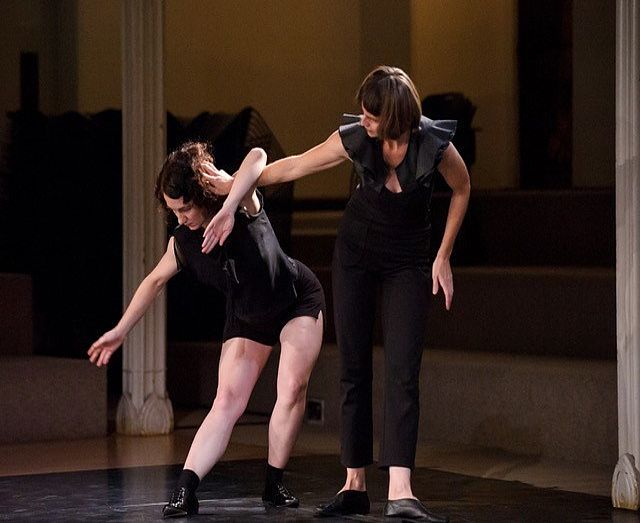 As Holy Sites Go / Duet is a choreography by the American dance icon Deborah Hay for two of her long-time artistic collaborators, Jeanine Durning and Ros Warby. The piece is based on Hay’s score for the solo No Time To Fly, which was commissioned by The Forsythe Company to be documented by Motion Bank (– the video documentation of Deborah Hay dancing the score herself is still available to watch on the Motion Bank website). The same score was adapted into the celebrated group piece Figure a Sea for Cullberg Ballet in 2016.

The two performers decide themselves which elements of the choreographic material from As Holy Sites Go and No Time To Fly they will use in the moment: “The dancers’ decision […] demands catastrophic acts of perception. The term ‘catastrophe’ is used here with reference to former methods from which the dancers have to detach themselves in order to implement my choreographic direction. It stands for a loss of monstrous proportions.”  (Deborah Hay)