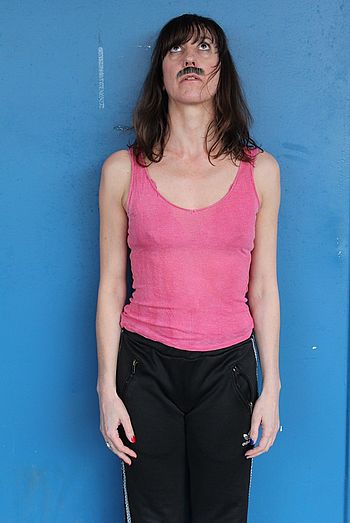 “W. Forsythe gives me the outlines of how the solo could possibly work, the content is my choice.” Jone San Martín

Legítimo/Rezo is in two parts – conceived through a concept by Jone San Martín, Josh Johnson and William Forsythe. It begins with a “danced” conference on choreographic notation and culminates in a tour de force solo that expertly demonstrates the profound relationship between notation and choreography.Jone San Martín, who has worked with William Forsythe since 1992, immerses us in the creative process behind Forsythe’s choreography. Her body becomes a mediator between choreographic writing and interpretation, between guidelines and free improvisation. In defining the way William Forsythe works, she turns to Lawrence Durrell: “Truth disappears with the telling of it. It can only be conveyed, not stated.” (Clea, The Alexandria Quartet).

A production by Mercatde les Flors (Barcelona 2013) in cooperation with The Forsythe Company.