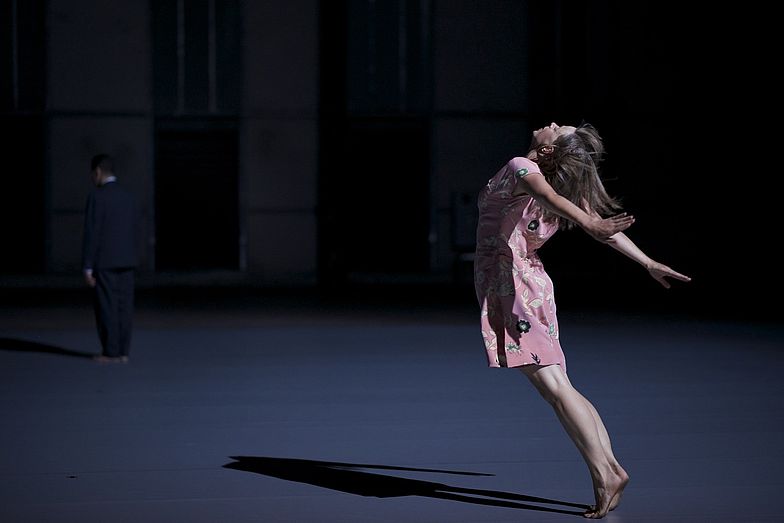 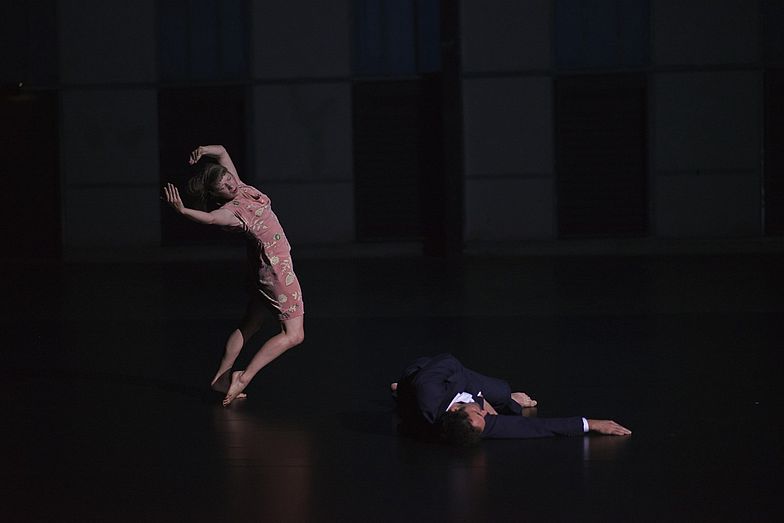 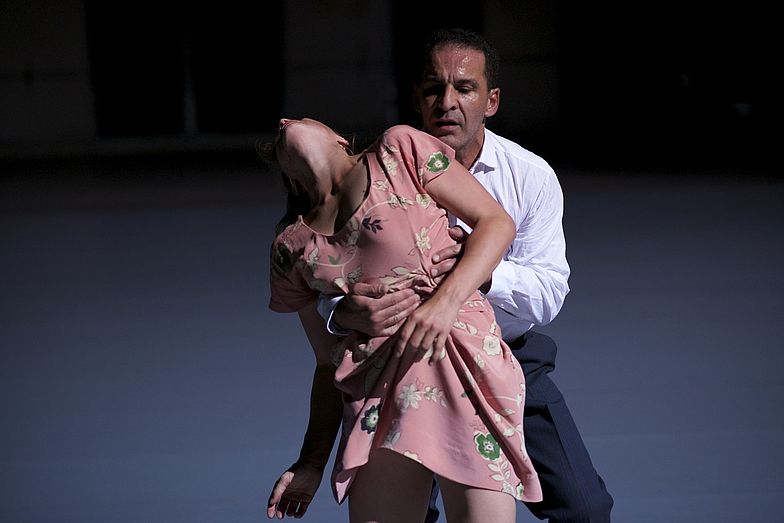 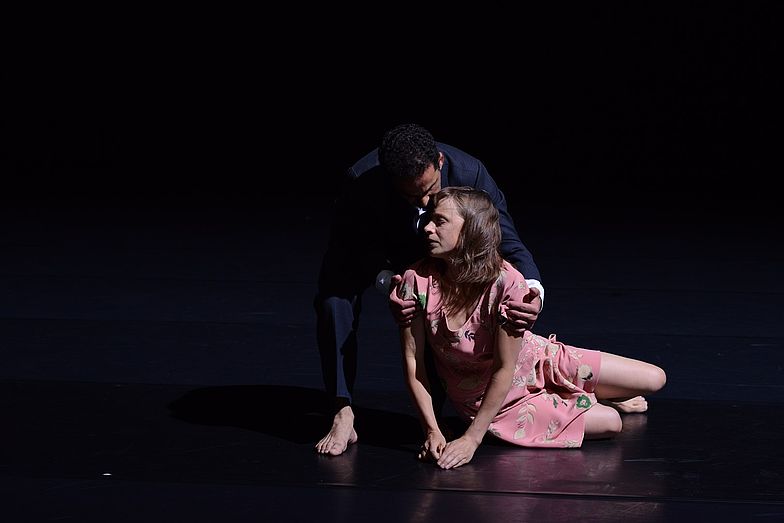 "Verklärte Nacht" (Transfigured Night) is based on Schönberg’s late romantic music for strings and a poem by Richard Dehmel about a woman who, one moonlit night, confesses in a wood to the man she loves that she is pregnant with the child of another man. The poem’s scene resonates in the music’s persistent strings, at times heavily loaded with passion, at times subtle as a timid voice, seemingly in unison with its protagonist's ordeal.

The original choreography as a group piece was created in 1995 as a part of an Arnold Schönberg evening in the Brussels Opera House De Munt / La Monnaie. By rewriting the group piece as a duet, both the narrative and the musical aspect come to the foreground. Expressive crescendos and diminuendos guide us through dramatic events, echoing an ever-modulating stream of emotions. A shameless romantic love story, in the pale light of a transfigured night.