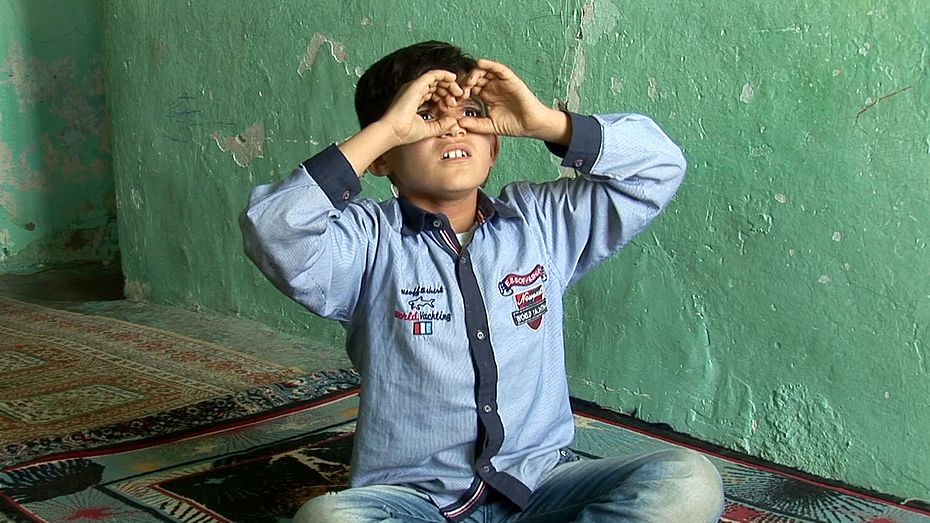 Is it possible to depict trauma? Erkan Özgen’s Video “Wonderland” explores this question by having 13-year-old Mohammed report about his experiences as a refugee. Together with his family Mohammed used to live in the city of Kobane in northern Syria, which resisted the attacks of IS militants for 107 days. As he can neither speak nor hear Mohammed uses his body, exclusively, to convey his traumatic experiences – vivid, full of energy, without obvious sadness. He confronts us with what he himself had to live through on this escape from the IS. These are experiences, which we would not be able to withstand even if we only dreamt about them. His performance throws us as viewers back upon ourselves and questions the concept of humanity.

“Wonderland" is one of the most widely covered works of the 15th Istanbul Biennial by the press.

“Wonderland“ shows how impossible it is to convey war, conflicts and pain to those who have never made these experiences and how the audience has to construct these experiences from their own subjective perspective. Taking this point of view the title also comes to reference the space of imagination and the importance of making the unspeakable more tangible.