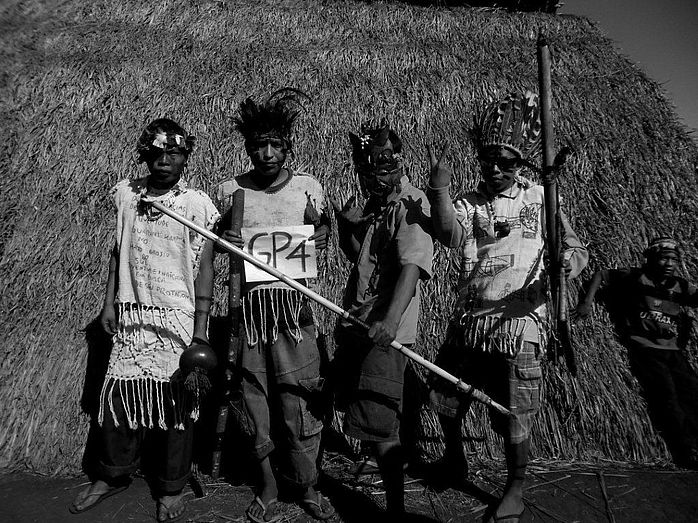 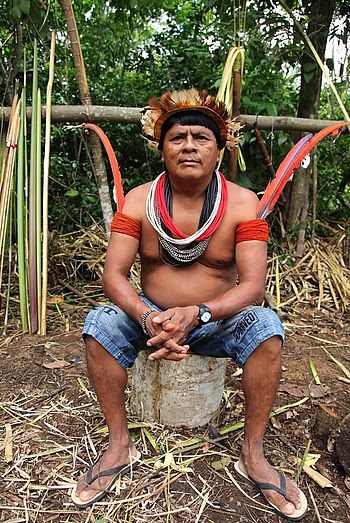 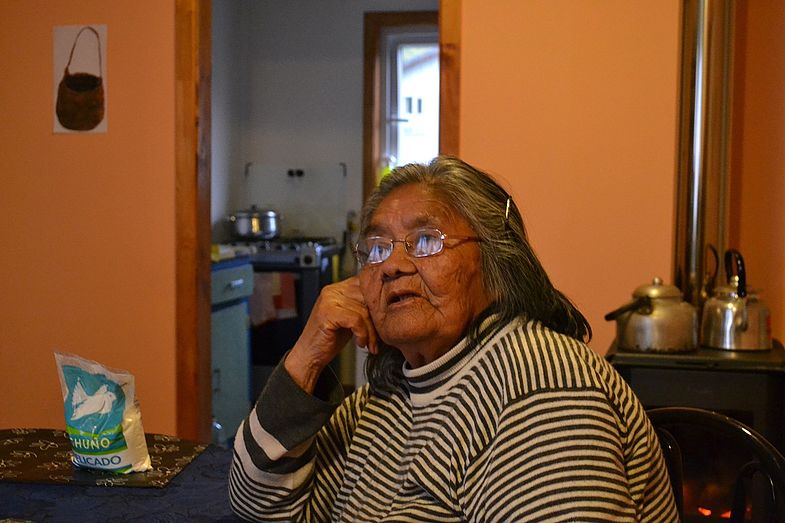 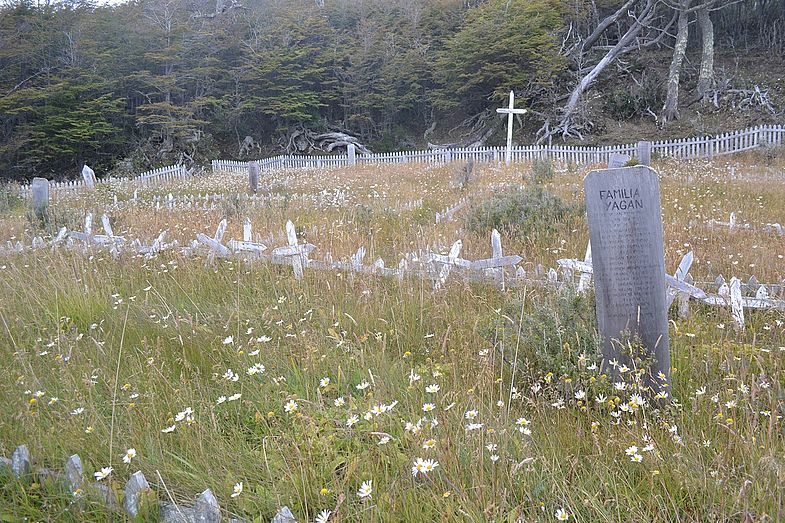 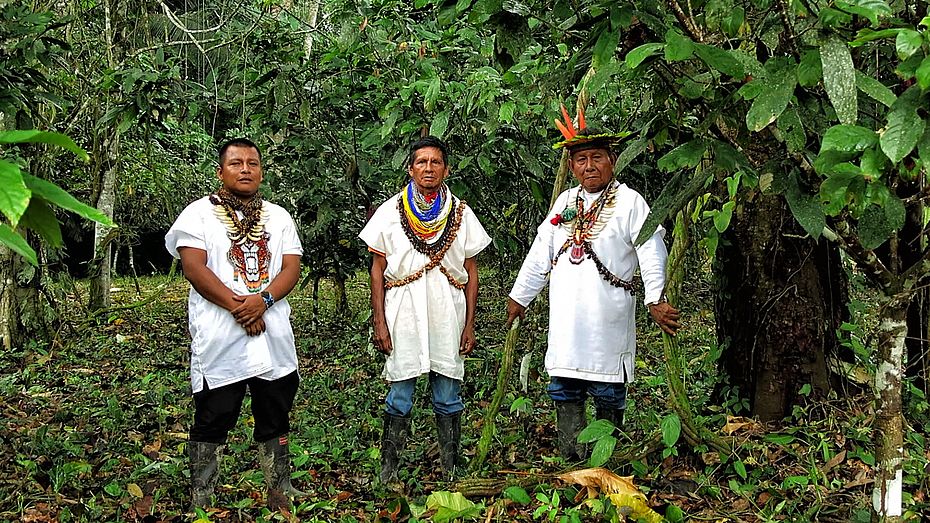 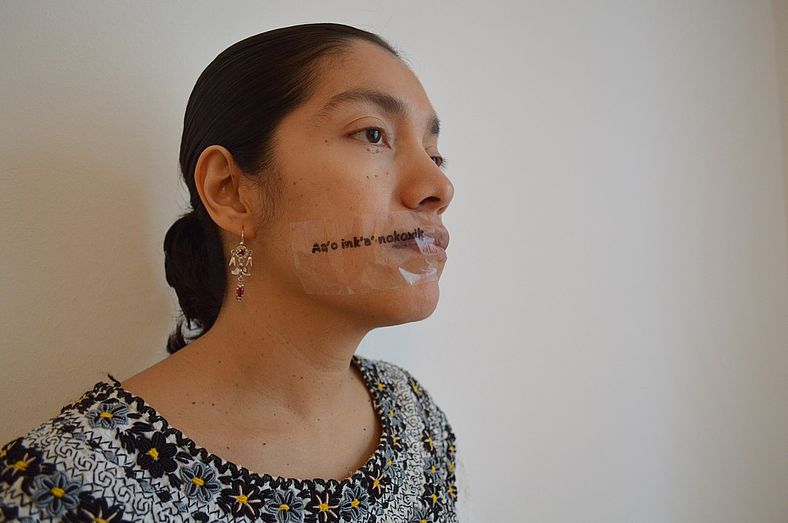 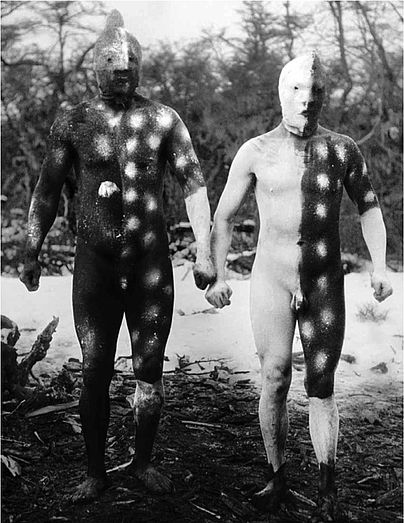 In the Latin American pavilion of the Venice Biennale 2015, the Istituto Italo-Latino Americano was showing Indigenous Voices – Voces Indígenas with support from the Goethe-Institut. The sound installation from 17 artists’ perspectives deals with the endangered linguistic diversity on the continent. About one third of the roughly six hundred indigenous languages are acutely threatened with extinction. The exhibition, curated by then director of the Goethe-Institut Rio de Janeiro, Alfons Hug, lends voices to these languages. In 2015 it was shown in twelve South American cities, now HAU Hebbel am Ufer presents "Indigenous Voices" as part of the festival "Projeto Brasil / The Sky Is Already Falling".
Indigenous Voices Curatorial text by Alfons Hug

The indigenous population of Latin America totals approx. 28 million people, which means a 6% of the total population. Amerindian languages are used in all 20 countries with the exception of Cuba, Haiti and the Dominican Republic. There are 600 altogether, corresponding to a 10% of the idioms existing in the world. About a third of them are threatened with extinction, and another third are in a critical situation. The languages Quechua (Peru, Ecuador, Bolivia), Guarani (Paraguay), Aymara (Bolivia, Chile, Peru) and Nahuatl (Mexico) each have several million speakers; in the case of Arara (Brazil), Bribri (Costa Rica), Pipil (Honduras) and Chorote (Argentina) there are fewer than a thousand speakers.

More than 150 languages are spoken in Brazil, compared to only a handful in some Central American countries. 85% of the languages that originally existed in the year 1500 are already extinct. The Yamana language in Tierra del Fuego is spoken by no more than one single person: Cristina Calderón, who was born in 1938 in Puerto Williams (Chile). With every extinct language not only disappears a valuable linguistic heritage, but also a genuine perspective of the world and environment. Given this dramatic situation, it is a hopeful sign that a new indigenism can be observed in most countries of the continent, and traditional ways of life are being seriously discussed. This applies not only to Bolivia, Ecuador and Venezuela, but also to Brazil and even Argentina.

Brazil has created several hundred reserves known as 'terras indígenas'. In Bolivia, the 'rights of nature' have been incorporated into the country's constitution as an expression of 'sumak kawsay', which means 'buen vivir', good life, or 'pure and harmonious life' in the Quechua language. The issue here is a way of life that enables a harmonious coexistence both among human beings and between man and nature. It is worth noting that contemporary art has increasingly been turning toward the historical heritage in recent years. It seems that contemporaries no longer feel capable of solving the pressing problems of the present on their own. It's almost as though there were a secret agreement with the old masters, an echo whose power runs through the centuries. This would give us loyal companion for our journey, and we would not be solely dependent on our thinking.

At the same time, art is increasingly incorporating scientific methods of collecting, archiving and classifying. Already Alexander von Humboldt placed great emphasis on "ästhetische Behandlung naturhistorischer Gegenstände" [esthetic treatment of natural historical objects] and the unity of art and sciences. He used the expression "Naturgemälde" [nature painting] in several occasions, specifying the iconographical approach, by which artists can build upon today.

We selected artists who have an affinity for the indigenous linguistic heritage. The main factors in the choice of the 17 languages are not only the historical and cultural importance of the language and ethnic group, but also how close to the brink of extinction they are, and how much esthetic appeal they have. The artists will also determine the subject and the type of texts used (e.g. fiction, fable, prayer, scientific work).

On entering the room intentionally maintained austere, visitors will first hear a vague, polyphonic murmuring of all the voices together, a tapestry of sound reminiscent of a sacred space; they will then approach the individual loudspeakers though which every single language will be clearly audible. Individual text signs will give hints about the content and cultural background of each language.

The radical reduction of the installation to sound only demands intense concentration on the part of the visitors; the more the listeners are willing to immerse themselves in the cosmos of rare languages, the more visual elements can be dispensed with. It is also noteworthy that all the artists are participating in a collective work that knows neither hegemony nor rank.

The project is also meant as a contribution to the debate around the Humboldt-Forum, the most important cultural undertaking in Berlin, due to be finished in 2019. The sound works will be published as a DVD, to become part of important public art collections in South America and Europe. Furthermore, the sound installation was shown by the Goethe-Institut in 12 cities of South America in 2015.

In collaboration with the Goethe-Institute Rio de Janeiro.

In collaboration with the Goethe-Institute Rio de Janeiro.