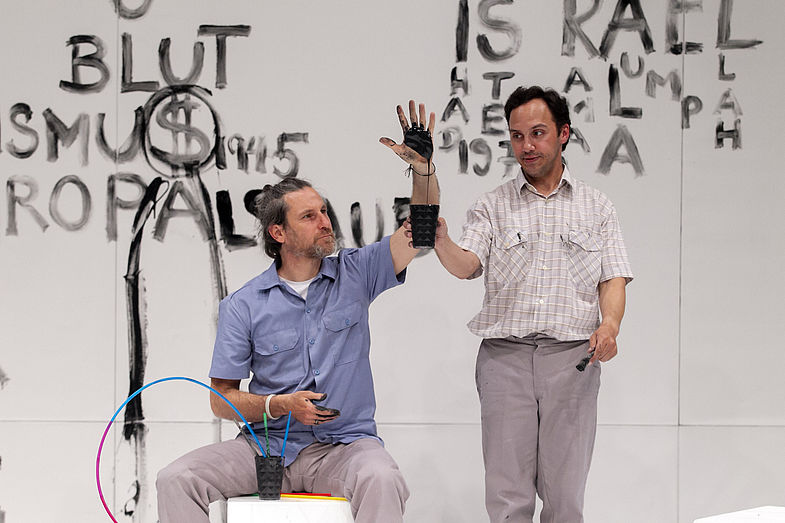 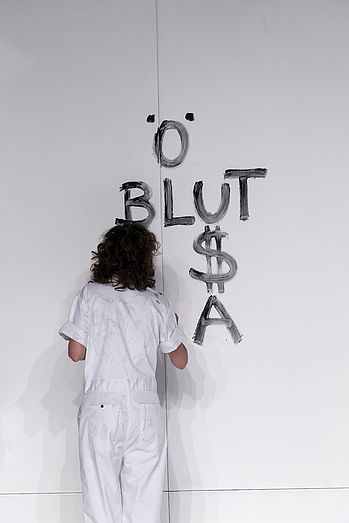 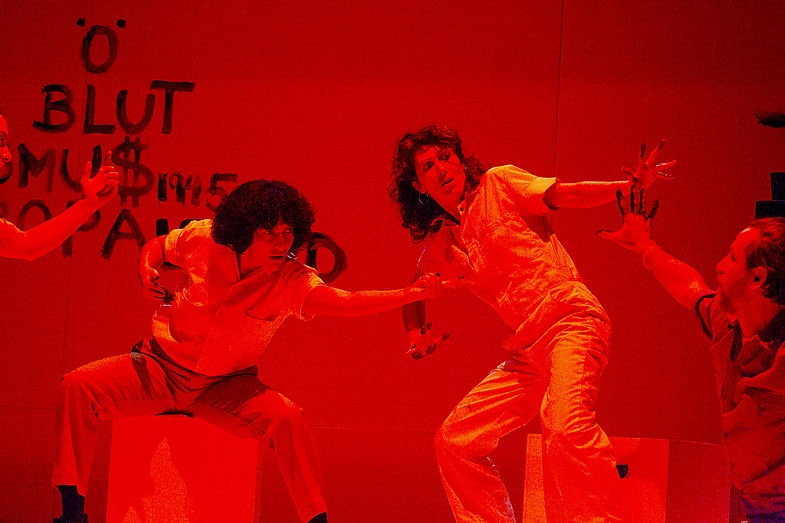 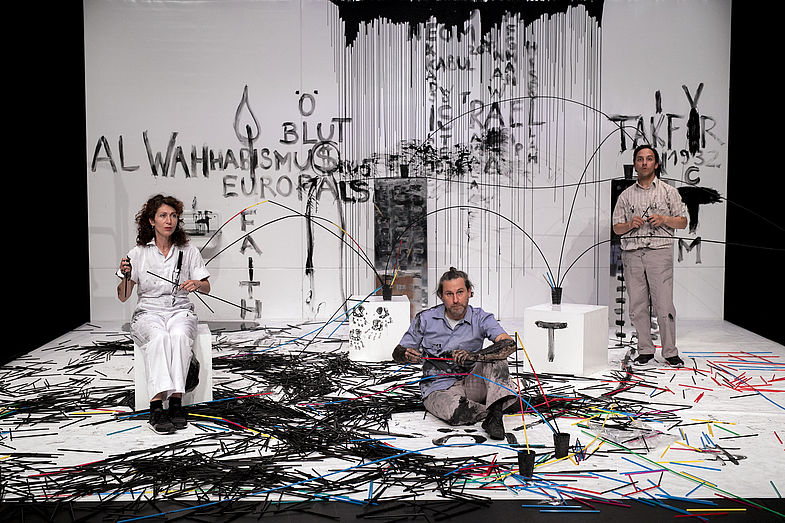 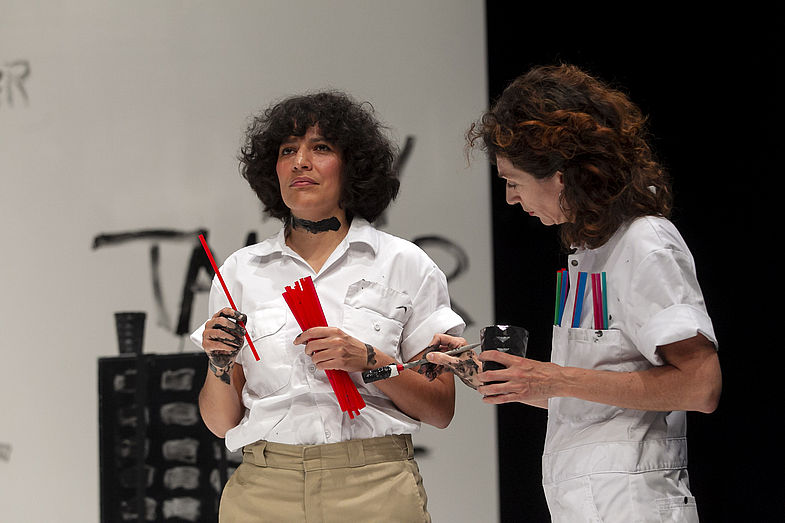 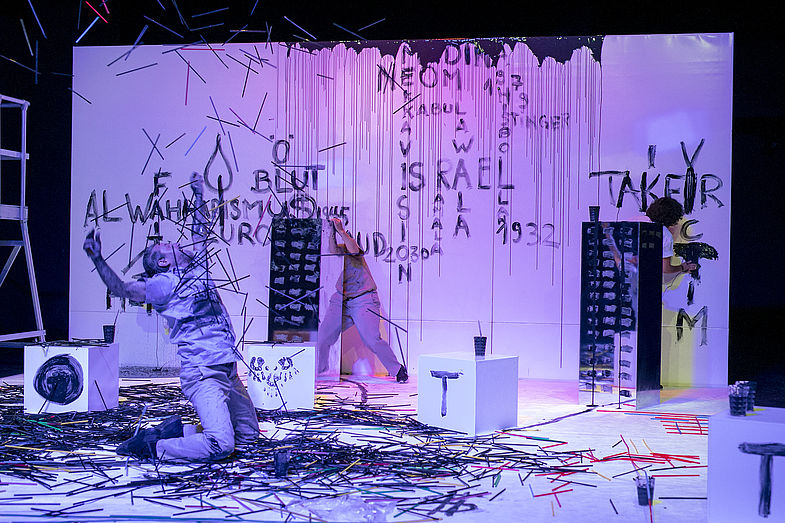 “Saudi Arabia is a state that the American oil giant Aramco invented to protect its own interests,” writes the British-Pakistani writer Tariq Ali. Saudi Aramco, nationalized in the ‘70s by the al-Saud family dynasty, is today one of the most valuable companies in the world. Its log line reads “Enabling Opportunity”. Oil is the black gold of the modern economy and provides the fuel for terrorism. After a three-year absence Hans-Werner Kroesinger and Regine Dura are now back at HAU Hebbel am Ufer with a new production. Together with four performers and a musician they go hunting down clues in the history of the oil business and the economies of Islamic terrorism in the Near East, the last offshoot of which is the Islamic State. What is the connection between oil revenues in the Saudi state, strictly governed according to Wahhabism, a Sunni orientation in Islam, and Islamic extremism? “Schwarze Ernte” (“Black Harvest”) examines the links between economy, religion and terror.

After the performance on 9 May: Artist Talk