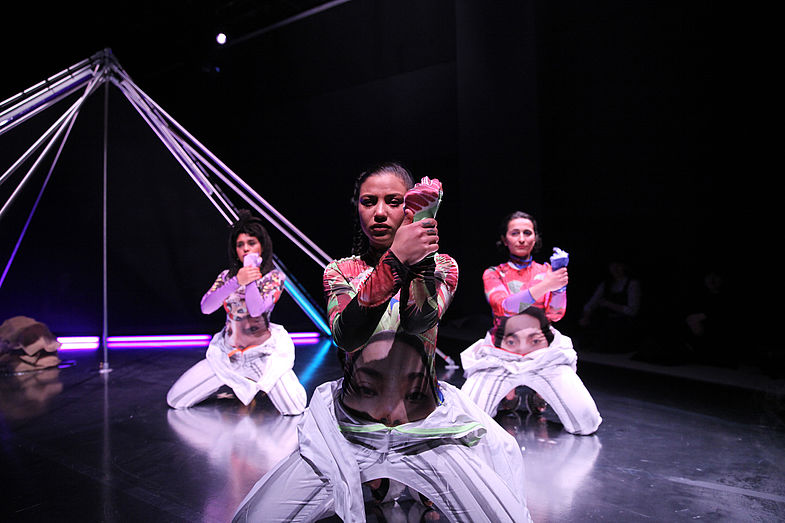 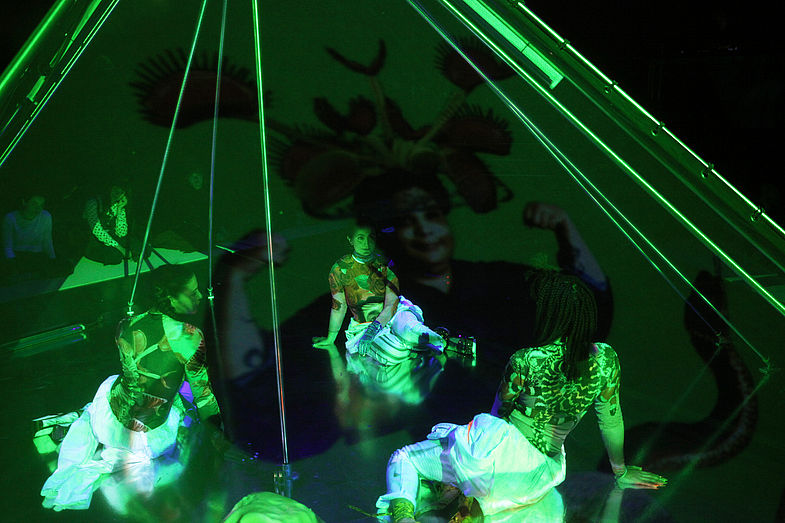 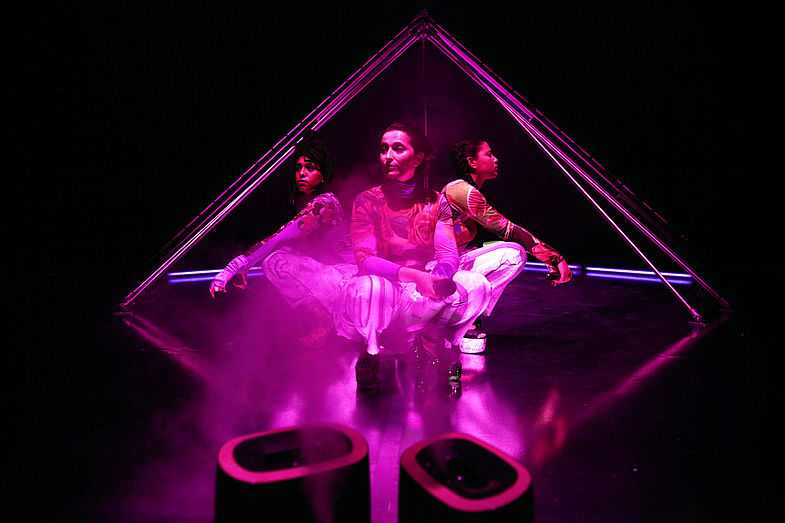 History is written. Thus certain powerful mythical figures get downgraded into marginal figures in adventure stories about heroic men, reconfigured as “sluts” or “shameless whores.” All that remains of Baubo, who in Greek mythology saved humanity by exposing her vulva, is merely the grotesque caricature of a witch. Historical cult sites and symbols of a once matriarchal society are systematically destroyed, even today, as happened recently to the temple of Ain Dara in Afrin. Resisting this (rapid) forgetting, in her HAU production Nuray Demir, along with others from performance, visual art and music, will transform HAU3 into a feminist performative archive and at the same time an assembly room. Goddesses, human heroines, rituals, and gestures will be reassembled and interwoven into choreographic reincarnations. The joint speculation about everyday cultural practices and social roles will ultimately give rise to new myths. “The bitches are present.”


After the performance on 17 April: Artist Talk / With Nuray Demir and Azadeh Sharifi. Azadeh Sharifi is a theatre scholar and activist, with a focus on post-colonialism, migration and intersectionality.

After the performance on 17 April: Artist Talk / With Nuray Demir and Azadeh Sharifi