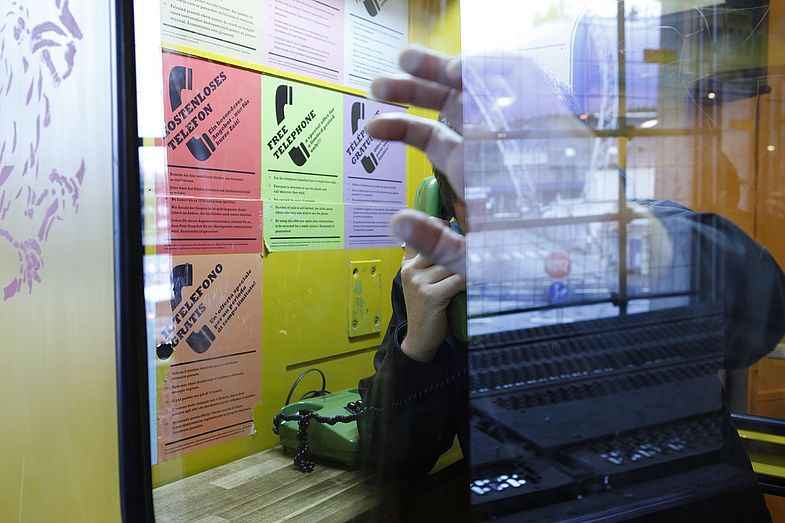 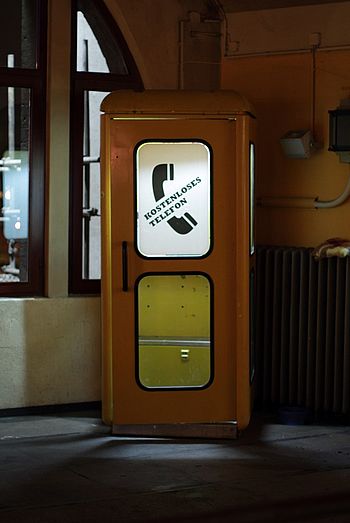 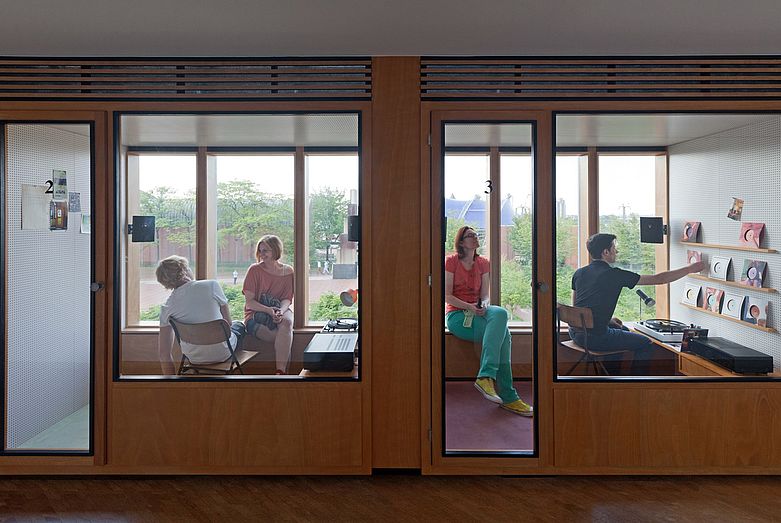 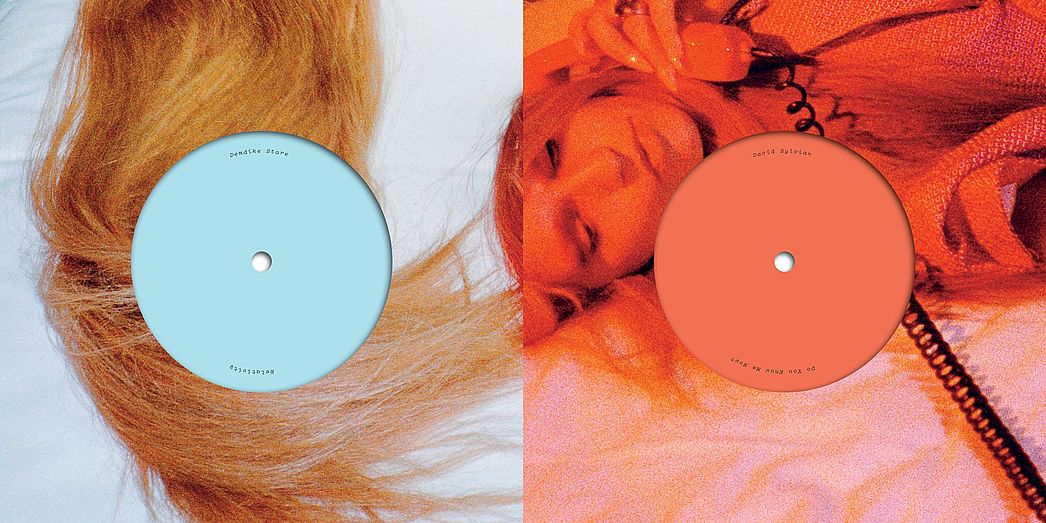 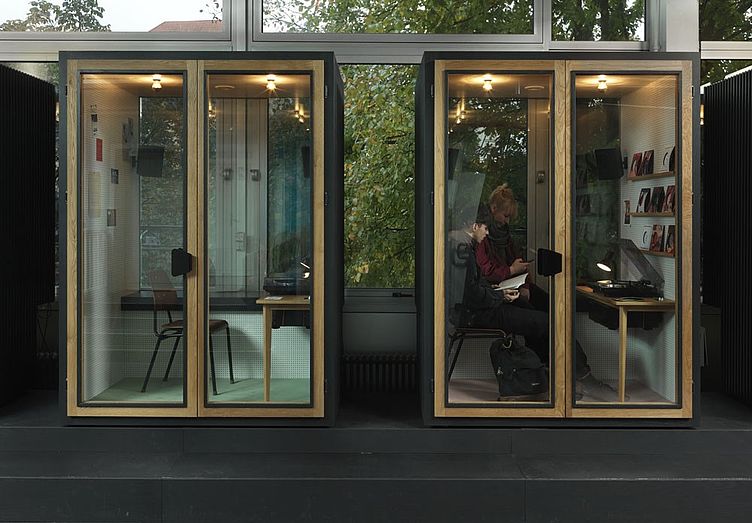 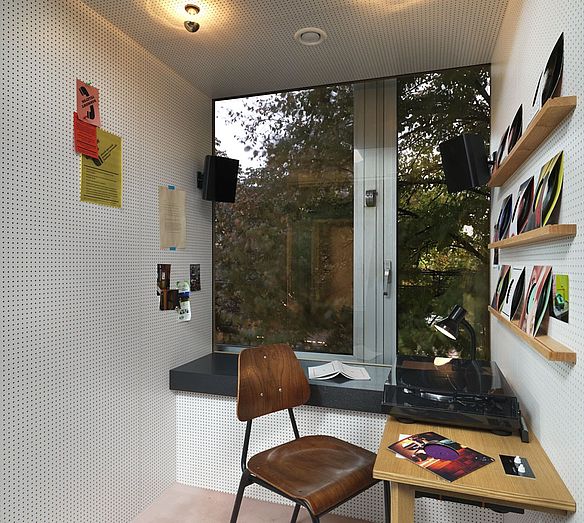 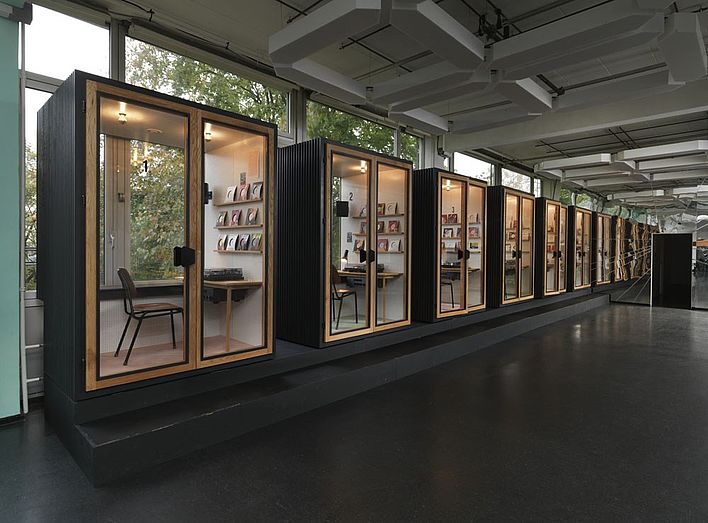 For this project Phil Collins collaborated with guests of GULLIVER survival station for the homeless located in the centre of Cologne. There, he installed a phone booth with a free line that anyone could use for unlimited local and international calls on the agreement that the conversations would be recorded and anonymised. The selected material was posted to a group of international musicians, serving as the starting point for original new songs presented as 7” vinyl records in specially designed listening booths which overlooked the city’s central station.

my heart’s in my hand, and my hand is pierced, and my hand’s in the bag, and the bag is shut, and my heart is caught is a headfirst dive into a city, tuning in to its many unheard stories. Having worked for a homeless magazine in the 1990s, Collins has a long-standing interest in issues relating to these communities. Bringing to the fore the lyrical and narrative potential of the human voice when it stands in for those subjects of city life who are purposefully ignored and routinely overlooked. He dramatises the moment of communication as an emotional and ambivalent exchange. The work was produced for and first presented at the solo exhibition "In Every Dream Home A Heartache" at Museum Ludwig in Cologne in 2013.

On 5 January 2001, GULLIVER, a survival centre that supports homeless people, opened in a railway arch under the Hohenzollern Bridge, in the immediate vicinity of Cologne main station, the banks of the Rhine and the old town. GULLIVER, which is the first example of an institution of its kind in Germany, provides a service for its visitors that stands out due to extended opening times, from early morning to late at night and over the weekend. To safeguard the survival of people living on the streets, GULLIVER offers a range of physical and psychological care: personal hygiene (showers and toilets), a day dormitory, washing machine and dryer, wardrobe facilities, hairdressing, battery charging station, postal address service, breakfast and evening meals, various snacks in the cafeteria, an info centre and job exchange, internet use, advice and group services, and regular art exhibitions and cultural events.

Produced for “In Every Dream Home a Heartache,“ a solo exhibition at Museum Ludwig (Köln, 2013). Supported by Akademie der Künste der Welt.