English / Language no problem / Duration: 4 h (admission and exit possible at any time) 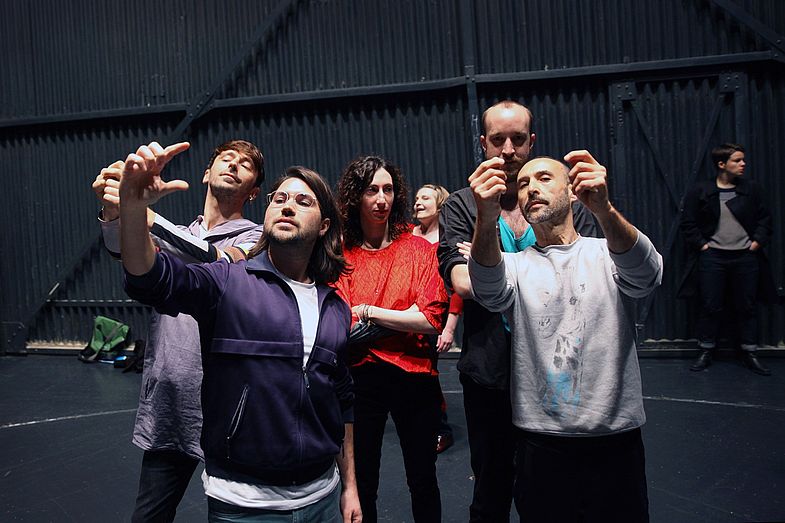 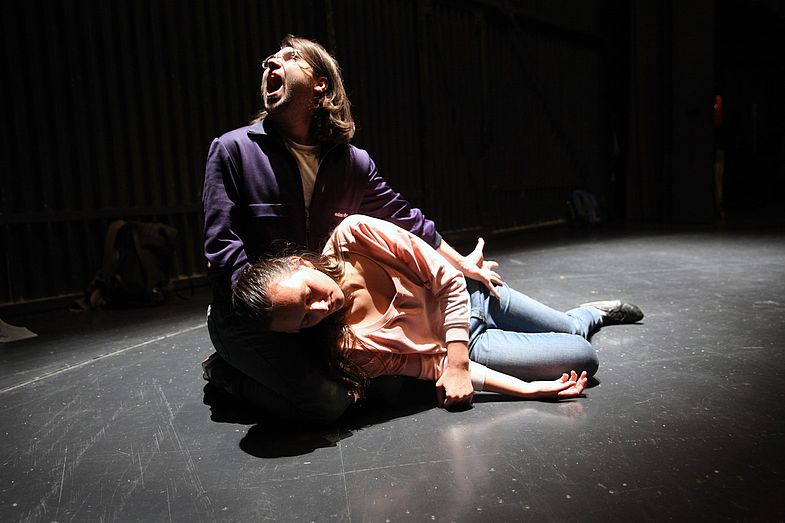 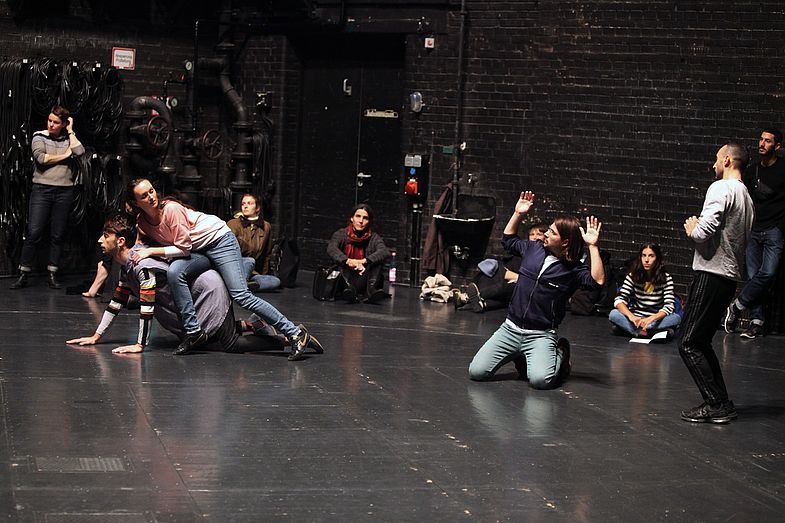 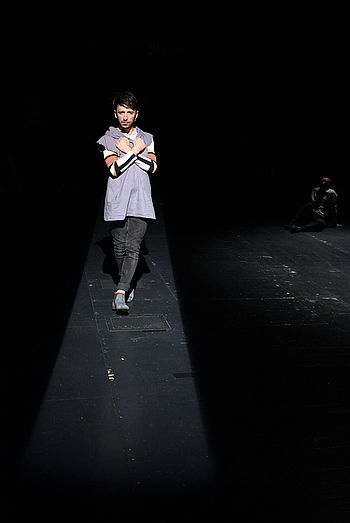 Alexandra Pirici’s new work is a subjective selection of reconstructed images, situations, Internet memes – from the broadcast of Ceaușescu’s execution to Melania Trump and Michelle Obama’s similar public speeches. The ongoing perfomative action roams across the past, present and future and reflects on today’s porous boundaries between politics and pop culture. The audience can repeatedly choose different beginnings for a variety of narratives.

The ongoing action makes reference to the following images, speeches, situations, events, and cultural artefacts:
The 'confused Travolta' meme; Anna Akhmatova’s poem 'A Land Not Mine'; footage of the Ceausescu couple’s execution during the Romanian Revolution of 1989; David Cameron, Helle Thorning-Schmid and Barack Obama taking a selfie at Nelson Mandela’s funeral; an excerpt from Grace Jones’s 'Slave to the Rhythm'; Bolivian president Evo Morales shining shoes after winning the election in 2007; the covering of the Guernica tapestry at the UN during Colin Powell’s speech advocating for American intervention in Iraq; the assassination of Russian Ambassador Andrey Karlov by a Turkish gunman in an exhibition space in Ankara; Rembrandt van Rijn’s 'The Abduction of Europa' painting; the last speech of Salvador Allende on September 11, 1973, before his death during the American-backed coup against the first democratically elected socialist government in Chile; a STAR (Street Transvestite Action Revolutionaries) photograph; Russian protesters arrested for holding up invisible banners; a first free television broadcast during the Romanian revolution of 1989; a poetry reading with Marsha 'Pay it no mind' Johnson; Joseph Beuys’s 'Plight' installation; Joseph Beuys’s Japanese whiskey commercial made to co-fund his '7000 Oaks' project for the documenta;  Tommie Smith and John Carlos raising their fists in what became the 'human rights' salute during their medal ceremony at the 1968 Olympic Games in Mexico City; 'The Right to Be Forgotten' data protection law; George Michael’s 'Freedom ‘90' song; Bill Clinton’s apology to the nation for his relationship with Monica Lewinski; a scene from the movie 'Birdcage'; a 3D rendering of the killing of Osama bin Laden; Erdem Gündüz’s 'Standing Man' protest action; Céline Dion’s song 'My Heart Will Go On'; the fake sign language translator from Nelson Mandela’s funeral; emoticons; Melania Trump and Michelle Obama performing similar speeches at the Republican and Democratic conventions in 2016 and 2008; the 'Dying Swan' choreography; a stabbing at Art Basel that was mistaken for performance art; an image of Hillary Clinton waving to supporters taking selfies with her; a monument in memory of Mohamed Bouazizi depicting his fruit cart, erected by local artists in Sidi Bouzid – Tunisia; the 'Google' search engine; Natalia Goncharova’s painting 'The Cyclist'; the monolith scene from Stanley Kubrick’s '2001: A Space Odyssey' movie; the Wailing Wall of Jerusalem; a man against a tank during the Tiananmen square protests in Beijing, 1989; a public speech of Petre Daea, Romanian Minister of Agriculture; a Coca-Cola commercial.

Funded by: Ministry for Family, Children, Youth, Culture and Sports of Nordrhein-Westfalen and the NATIONALES PERFORMANCE NETZ (NPN) Coproduction Fund for Dance, which is funded by the Federal Government Commissioner for Culture and the Media on the basis of a decision by the German Bundestag.